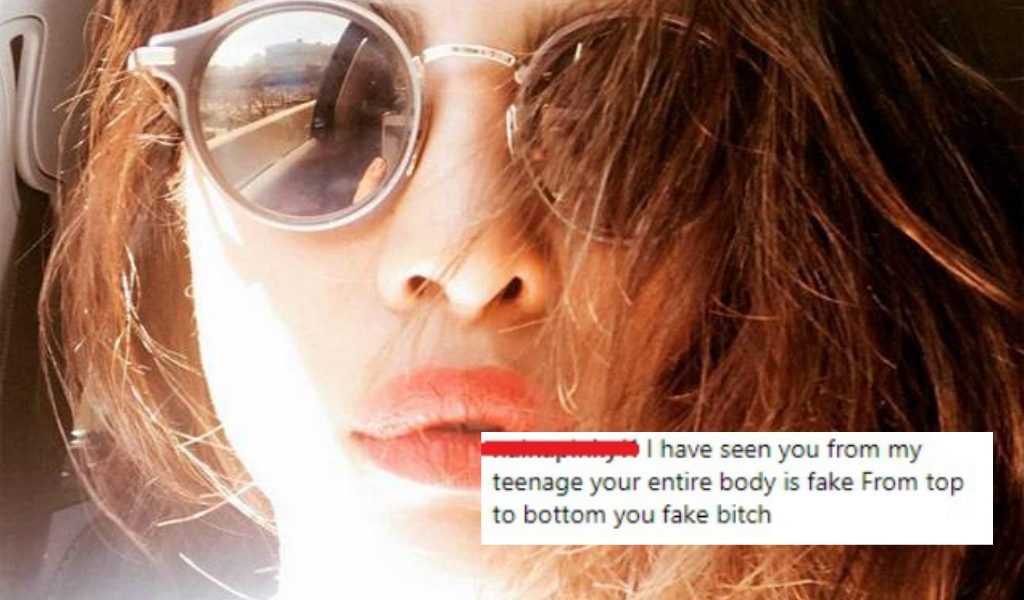 Indeed, it takes a lot for a celebrity to look good and maintaining themselves, and sometimes, it also requires them to go under the knife to alter their appearance. We should all know this by now that for celebrities, plastic surgery is a very common thing. Moreover, they get PAID to look amazing!

The famous Bollywood actress, Priyanka Chopra received flak on Instagram when she posted her ‘Carfiesunday’ selfie on her account. Many of her followers thought that her upper lip looked fuller than usual and perceived that she has gotten a lip augmentation.

Here’s the selfie Priyanka had posted

We think she looks hot!

In an interview given to Glamor Magazine, the superstar told the magazine that such flak does not affect her in any way because she receives more love and affection comparatively to hate.

Here are the comments her followers bombarded her with…

Where are your manners, people?

There are many reasons why an artist chooses to alter their appearance and it is not always linked to insecurities and accepting yourself the way you are. But people are here to judge. Isn’t it?

We appreciate how Priyanka chose to simply ignore the comments and we know for a fact that, where there is love, there is hate as well. Being a celebrity is not an easy job and facing criticism is a task of its own.

Living in the 21st century where such things like these have become so common, it is about time we stop surgery shaming. Also, why is the topic often still taboo or perceived in a negative light? Why can’t we learn to just accept others’ life choices?

On the other hand, we have seen actors and actresses be open about their surgeries on media, whereas, some choose not to. But then again, to each his own. What are your thoughts on this? Do you think what her followers did was right?