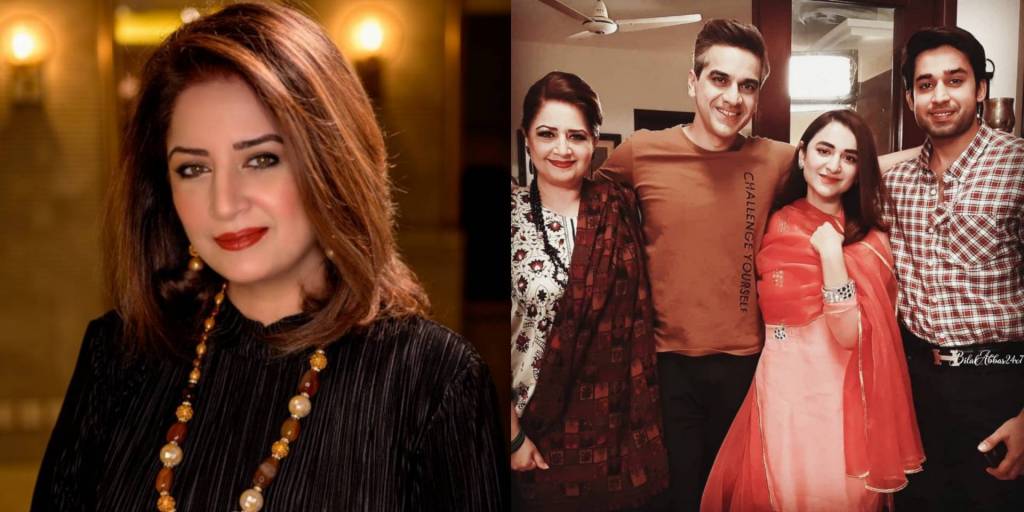 Pakistani veteran actress Atiqa Odho has revealed that she is getting many marriage proposals after her role in the ongoing drama series ‘Pyar Ky Sadqay’.

Odho appeared in an interview with a local entertainment tabloid where she said she has been receiving marriage proposals, poetries, love messages on social media. “I am flattered with the way people are showing love to me even after working so many years in this industry. It’s flattering and amusing as well,” she said.

However, Odho said she was happily married and had grandchildren. She also said that she teased her husband that she had a lot of options in her life (laughs).

She said that Yumna is one of the best actresses in the recent lot. “I watch Pyar Ke Sadqay myself every week just for Yumna”, she said. Earlier too she compared the two with Fawad Khan and Mahira Khan in ‘Humsafar’.

Also Read: The Actual Age Of These Pakistani Celebrities Will Surprise You!

Pyar Ke Sadqay, the drama serial airing at HUM TV is unarguably the best one in the running for the current season. However, with the latest episode, the play is turning more and more intense and sad.

The character Sarwar played by Omair Rana is also becoming popular among the masses. Though he is playing the role of an antagonist but still his acting skills are incredible. The drama is touching sensitive topics like harassment and physical abuse.