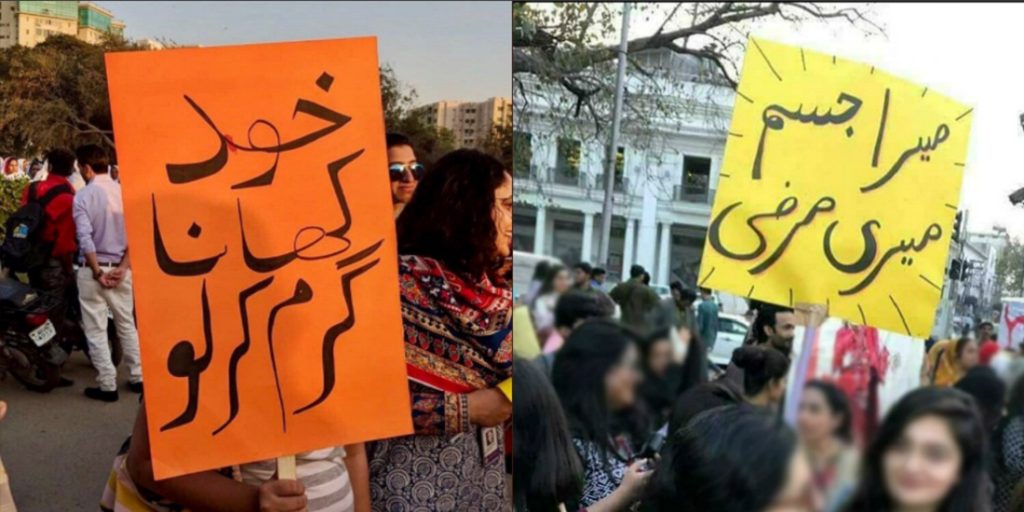 There’s a difference between freedom of choice and choosing to be a bully. Your choices are okay as long as they’re not hurting other people. The limit is hurting other people. You can practice as much freedom of choice as you like as long as you’re not intending to hurt someone else. Like floral printed bikini is okay but a burka with “Fuck Shia/Sunni” tag on the back is not okay. Choosing to not like someone is okay but choosing to spread gossip or rumors about someone because you don’t like him/her is bullying behavior because now you are hurting that person.

Staring at strangers is a form of harassment, because right here we not talking decent looks, we are talking about decent creepy stares intended to convey lust or sexual threat. During any conversation only 7% of the idea is conveyed through words and 55% of the communication is nonverbal communication. Making those lustful stares to be utterly threatening and therefore wrong.

Those women are not protesting the idea of women heating up food for men. They are protesting our make community’s misconception that women owe theses services like they’re obliged to do it no matter what. That this is what they were born for. Daughters are expected to heat up food in return for paid school fees. Paying son’s school fees is a parental responsibility, paying for a daughter’s education is considered a huge favor. These are the men who consider having to heat up their own food degrading because it’s a supposed woman’s job.

When in the real world, women are quite literally murdered for not making a roti not goal enough for the men in the house. In a household where both husband and wife are working, it is still considered woman’s duty to do household chores for free while taking care of the job and helping in with the financial support from the family too.

This protest was against psychologically or physically abusing women for not heating up the food or making goal enough roti only!