Breast Cancer Patients In Khyber Pakhtunkhwa Will Get Free Treatment|Pink.Parhlo.com 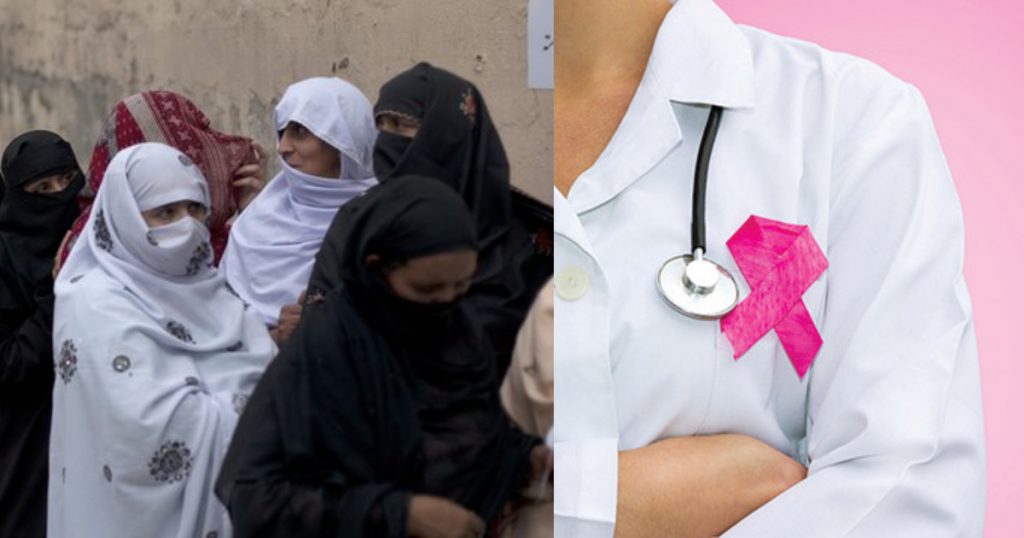 Breast Cancer Patients In Khyber Pakhtunkhwa Will Get Free Treatment And PTI Is Living Up To Its Promises!

Almost fifteen thousand cases of Brest Cancer were reported every year in Khyber Pakhtunkhwa while more than 40,000 women pass away every year in Pakistan. It’s one of the deadliest diseases and many women have fallen prey to it.

On the flipside, the government has, for the first time, including breast cancer in the free treatment programme meant to provide services to 6,000 patients suffering from general and blood cancers in the next three years.

The patients of breast cancer will get the latest treatment at Hayatabad Medical Complex under a cost-sharing formula with Novartis Pharma, which signed a memorandum of understanding with the health department in 2011!

Furthermore, about 40,000 patients have benefited from the programme to get free treatment for various types of blood cancer, costing Rs19 billion, since its launch. The patients included 58 percent male and 42 percent female.

Under the new programme, to be issued in June 2019 and will carry on till 2022, the medicine manufacturer will supply medicines worth Rs24 billion and the government’s expenditure will be Rs2.4 billion.

“For the first time, breast cancer patients will get effective medicines for one year. The medicines have shown good results in developed countries. We plan to treat 3,000 patients, using the latest way of medication,” Prof Abid Jamil, the director of the project and head of oncology department at Hayatabad Medical Complex said.

He also added that the programme will include patients’ management relation system to enable the people to contact medics in emergency situations.

He said that the second phase of the programme also covered general cancer patients since 2016. He said that more than 3,000 new patients would be treated in the next three years. He added that so far, about 5,000 patients had received free of cost services regardless of their financial status.

Prof Abid said that all types of treatment were highly expensive. He said that the average cost of treatment was about Rs2.5 million. He added that the programme covered the patients requiring lifelong support.

He said that the programme initiated by Khyber Pakhtunkhwa was also appreciated at a conference in Oxford, the UK in September last where participants agreed that it was the first government’s initiative for free treatment of cancer patients. “Our model was discussed to be replicated in the developing countries. Even rich countries cannot offer free cancer treatment despite health insurance,” he added.

Prof Abid said that their model was also replicated in Sindh and Punjab provinces. Gilgit-Baltistan, where people had a lot of difficulties in the treatment of the ailment, was also adopting it, he added.

He said that the survival rate among the patients was 88 percent under the programme. He added that there was worldwide concern over lack of health facilities for cancer patients and efforts was afoot to find ways for providing free or subsidized services to the patients.

We will update on you on further information regarding the initiative. Let us know if there’s anything you’d like to add to this!

Read Also: HOW A REGULAR CHECKUP CAN PREVENT YOU FROM BREAST CANCER