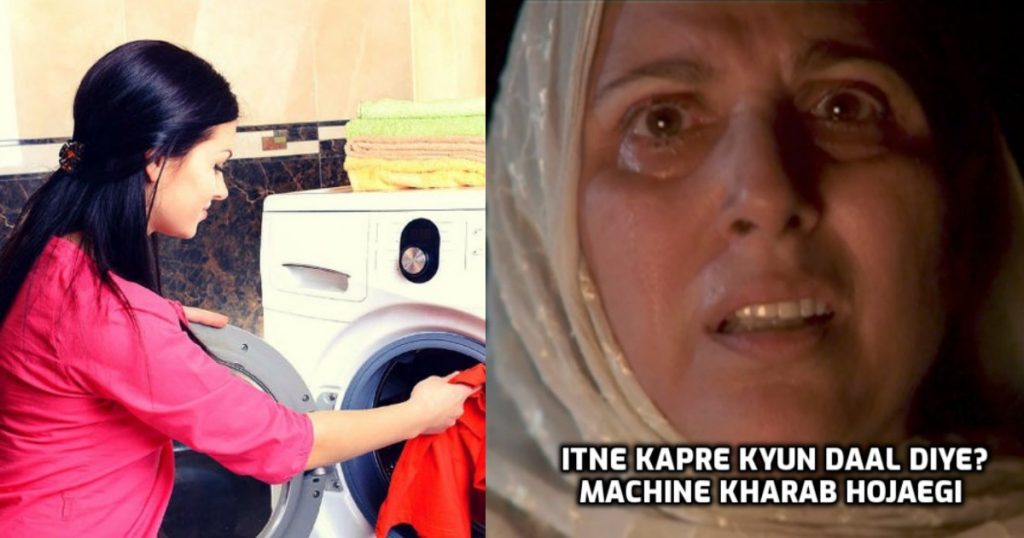 This Pakistani Girl Shared Desi Myths About Electronic Appliances All Pakistanis Have Heard And It Is HILARIOUS!

When you belong to a desi family, there are certain myths and assumptions which you listen to while growing up, regarding the electronic appliances. Let’s see if there is someone else who have heard the same things or it’s just me?

Standing In Front Of Microwaves Is Not Good

My mom always used to tell us that while the microwave is on and something is inside it, you should not stand in front of it because the yellow light is not good for humans. This harmful light causes the waves which can harm your body’s cells. But my mom did not know that that there is a coating on the door, which prevents us from getting affected by the harmful waves (if there are any).

Turn Off The Lights While Leaving The Room

The new LED lights which consume less energy can remain on while you are not present. Before these lights, parents used to scold their children for leaving the lights turned on after leaving the room. Still, some of the desi parents think that LED lights also need to be turned off, and this is being over conscious, isn’t it?

This is the most common thing which is heard by all the children of this generation and the previous one that stands between the remote and the television is dangerous rays pass between you and then reach it. Somehow, this concern might be correct but there are so many layers in the human body the completion of the operation while a person is standing in between the path, is nearly impossible. Anyhow now there are Smart LED TVs which have a specific port on one side of the front bar and you can easily manage to change the channel without bothering who in between the path of the remote and television. Magic, right?

I bet that you guys have been through this awkward scenario when you literally had no idea why every person in the kitchen is staring you while you are pouring water with the refrigerator left opened. According to the desi people when you open the refrigerator the cooling fades. This is the most hilarious myth I have ever heard because there are time span and duration of every household product whether electrical or not and after that, you need to repair it.

Our people need to learn that electronic products are not as harmful as we think they are, in fact, they have actually made our lives easier. This is the reason why we need to trust them one in a blue moon, baaki merzi hy ap ki!