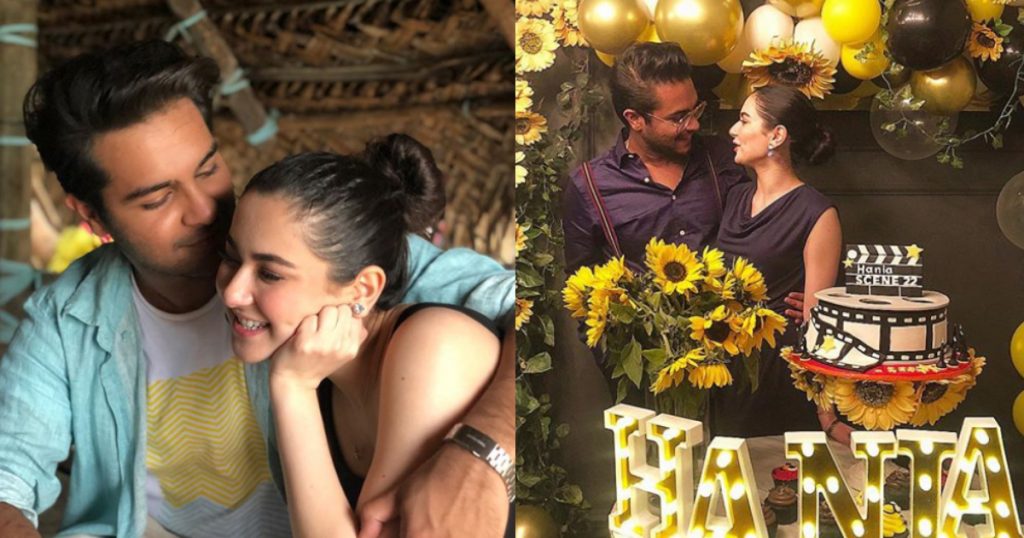 Asim Azhar And Hania Aamir’s ‘Juicy’ Pictures Have Started Another Debate And They Are Allegedly Dating!

Hania Aamir started making waves with her cute dimples and kick ass acting skills right after Janaan and she’s now one of the prettiest actresses in Pakistani industry. Her Dumbsmash and versatility has taken over the social media by storm.

Recently, the Parwaaz Hai Junnon actress celebrated her 22nd birthday with the singer Asim Azhar and the two look pretty cute together.

Not that we’re saying they’re officially together but we have our fingers crossed that they do begin dating!

The birthday celebrations included a cake that was shaped like a clapper board and the theme was gold.

They even took a selfie which is beyond adorable! 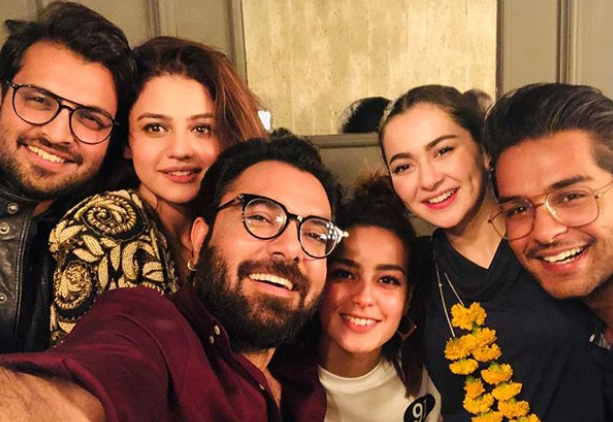 Moreover, all of this was planned by Asim Azhar himself who went an extra mile to make her day a whole lot better and honestly, people are thinking that the two just might be dating but aren’t announcing it.

Here’s what people have to say and please have a look!

She is bubbly, she is beautiful and she has taken Pakistan’s cinema industry by storm!  The haseena, Hania Aamir is someone who we all adore and the starlet also bagged a massive project with Fahad Mustafa and Urwa Hocane in “Na Maloom Afraad 2” it looks like she’s only stepping towards success!

Asim Azhar is no less and from acting to singing – he’s doing wonders. His song Jo Tu Na Mila was a hit and we’re extremely curious to know whether these two are lovebirds or are they just bff’s?

What do you think? Let us know in the comments section below!