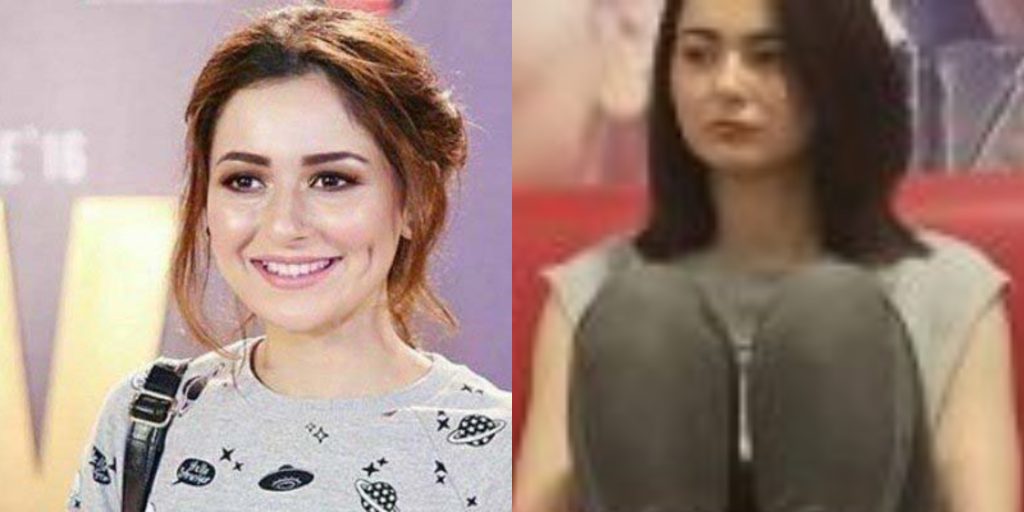 Hania went in hot waters on Friday after being accused of misbehaving with some bloggers at an event. The 21-year old was invited along with her co-star Ahad Raza Mir for an informal meet and greet with a group of bloggers and influencers.

One of the bloggers, Hasnain Najam accused her of being rude. She allegedly misbehaved with them and shouted at the waiters for interrupting her interview. The incident was brought up on social media by other bloggers as well.

According to a source present at that event, Hania did misbehave addressing the bloggers when they asked for an interview.

“All of you have the same questions so there is no need for an individual interview!”

She was very impolite even with the waiters. A source said, “She even yelled at one of the waiters when he came to serve the food, this is no way to communicate with the media or anyone for that matter”.

And all this is clear in the video

We hardly got 2 videos and merged them, 1st part: she asked cameraman and they turned off camera, and she shouted at Waiter as he entered when she was busy in interview. 2nd part: she was rudely behaving with people.. P.S: look at #AhadRazaMir How cool and Sweet he's.. #Haniaamir #lollywoodz

After all these alleged accusations, it was Hania’s turn to give her side of the story and she finally did.

In another promotional event on Sunday with the team of Perwaaz Hai Junoon, she brought up the incident with the bloggers. She said that bloggers and influencers have a lot of power and this power given to them should not be exploited. The young actress explains how bloggers have a responsibility to influence people and society in a good way.

She is clearly rejecting the incident and calling it a “lie”. Hania claims that bloggers should not sell their stories based on lies just to get publicity. There should be complete honesty and only then will they be appreciated by her and everyone else.

Hania says that it was just a small thing and people have added ‘masala’ on it to make it seem bigger (I don’t know if I agree with it 100%). She could be right, maybe the video only recorded her side. We actually do not know what the blogger did to trigger her behavior.

Towards the end of the video, Hania says that she spoke to the man who started this but he did not listen to her. Well, who knows if it is actually true.

But people are not buying it

Who are you going to believe? Let us know what you think.