In Pictures: Hira & Mani Twinning In White Outfits On Their Son's Birthday

In Pictures: Hira & Mani Twinning In White Outfits On Their Son’s Birthday

Hira and Mani are the most versatile actors that the entertainment industry of Pakistan knows. Mani aka Salman Shaikh was a TV host and later came into acting. When Mani met Hira and got married, Hira appeared with Mani in many morning shows and interviews. Later, the tables turned. People loved listening to her and wanted to see more of her. Yesterday, Hira and Mani, one of the Pakistani showbiz industry’s most loved couples, celebrated the sixth birthday of their son Ibrahim.

Hira got huge fame in a short span of time through her phenomenal acting and gorgeous appearance. Most of her dramas have remained major hits. The actress has done exceptional performances in Meray Paas Tum Ho, Kashf, Do Bol, Ghalati, and others. Moreover, she knows how to balances her family and career together, and pretty evidently, she handles it well.

Being a very socially actives person, the Meray Paas Tum Ho actress loves to keep her fans updated through her social media. In addition to this, the 31-year-old actress loves to share her pictures on Instagram. On Thursday, this avid social media user treated her fans with loved-up photos with husband Mani and the pictures have taken the internet by storm.

Hira, who just celebrated the sixth birthday of her son Ibrahim, took to Instagram and posted the PDA-filled photos without any caption. In addition to this, in the dazzling snaps apparently taken on the birthday, Hira and Salman can be seen twinning in white sweat-shirts with black jeans, giving major couple goals. 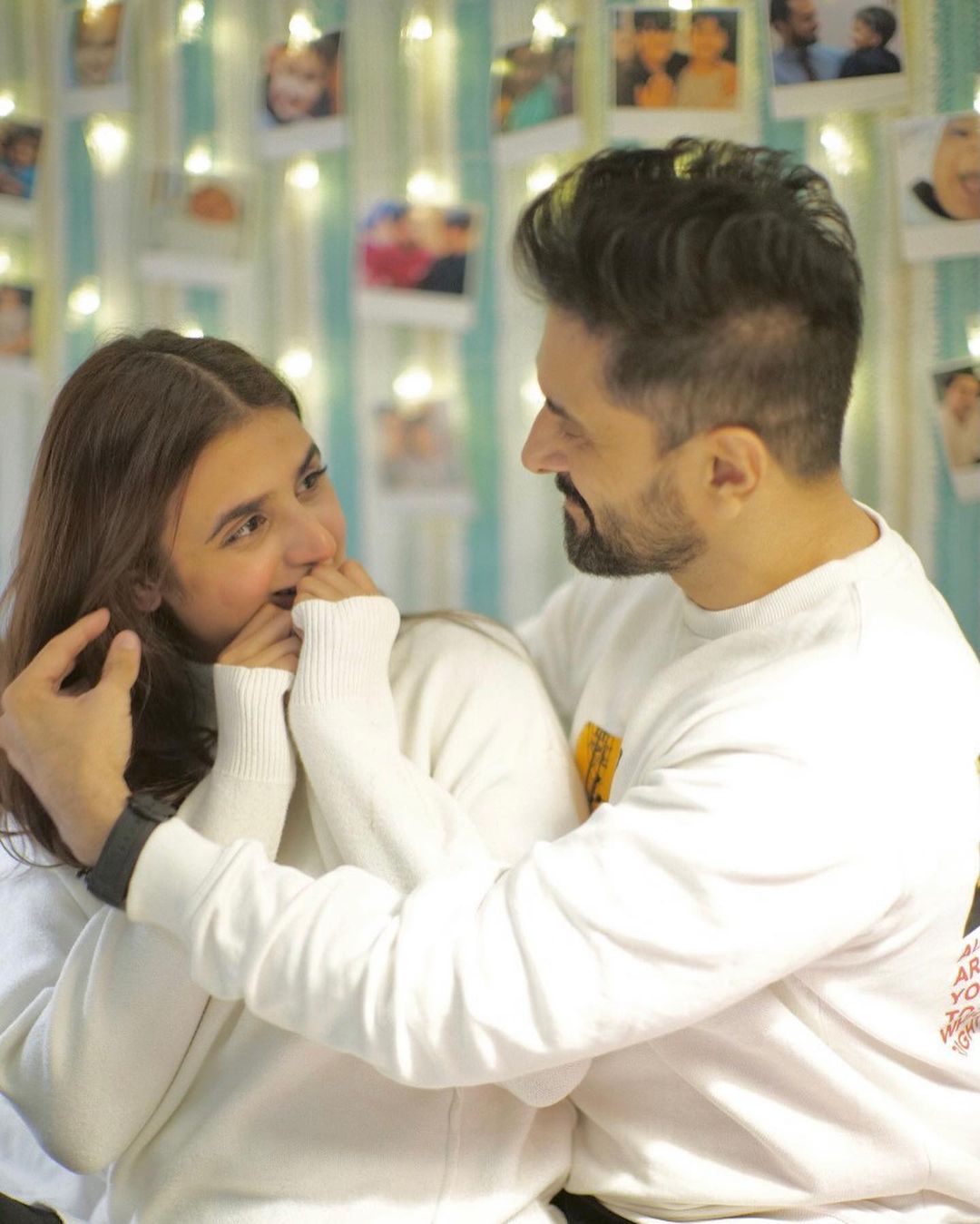 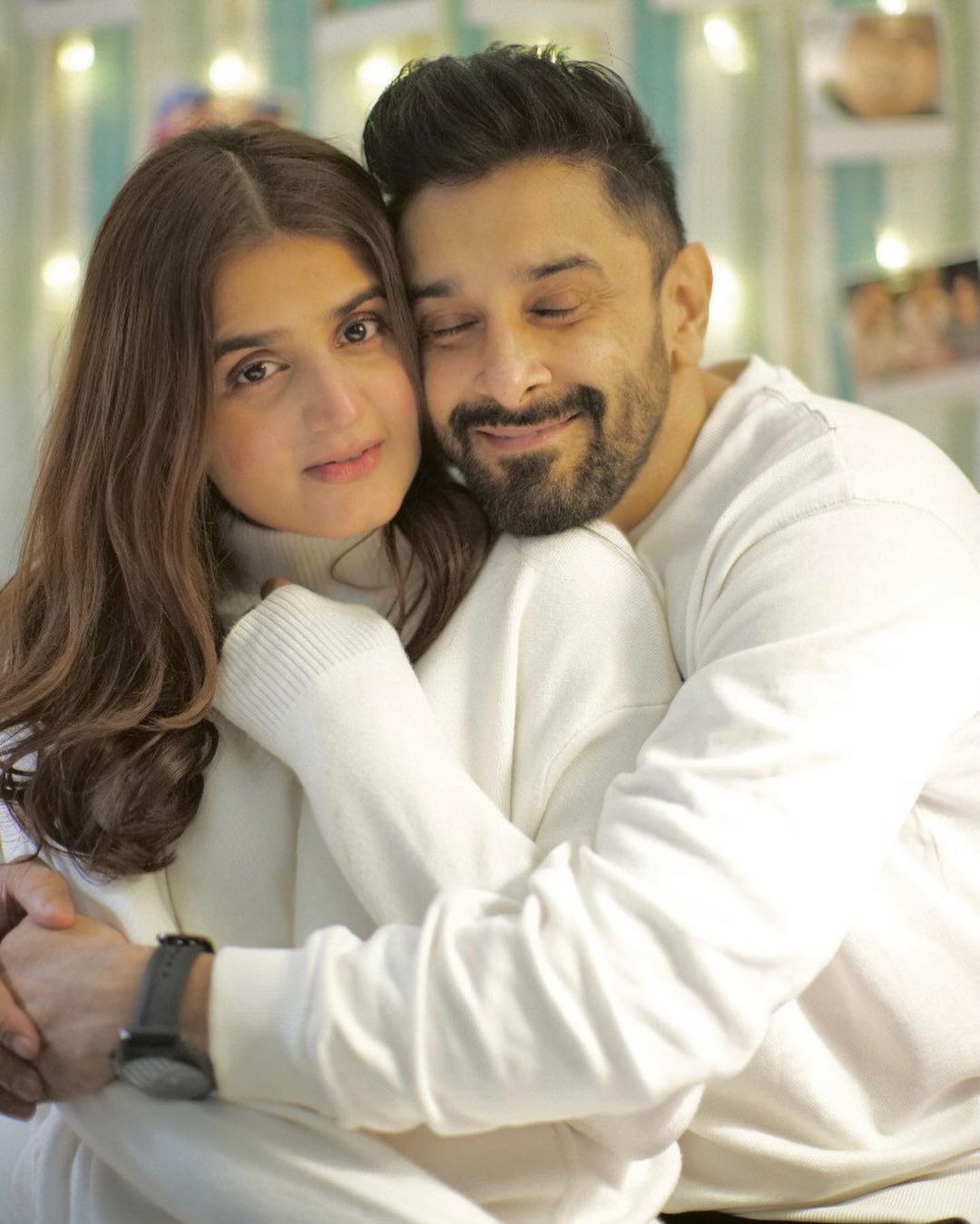 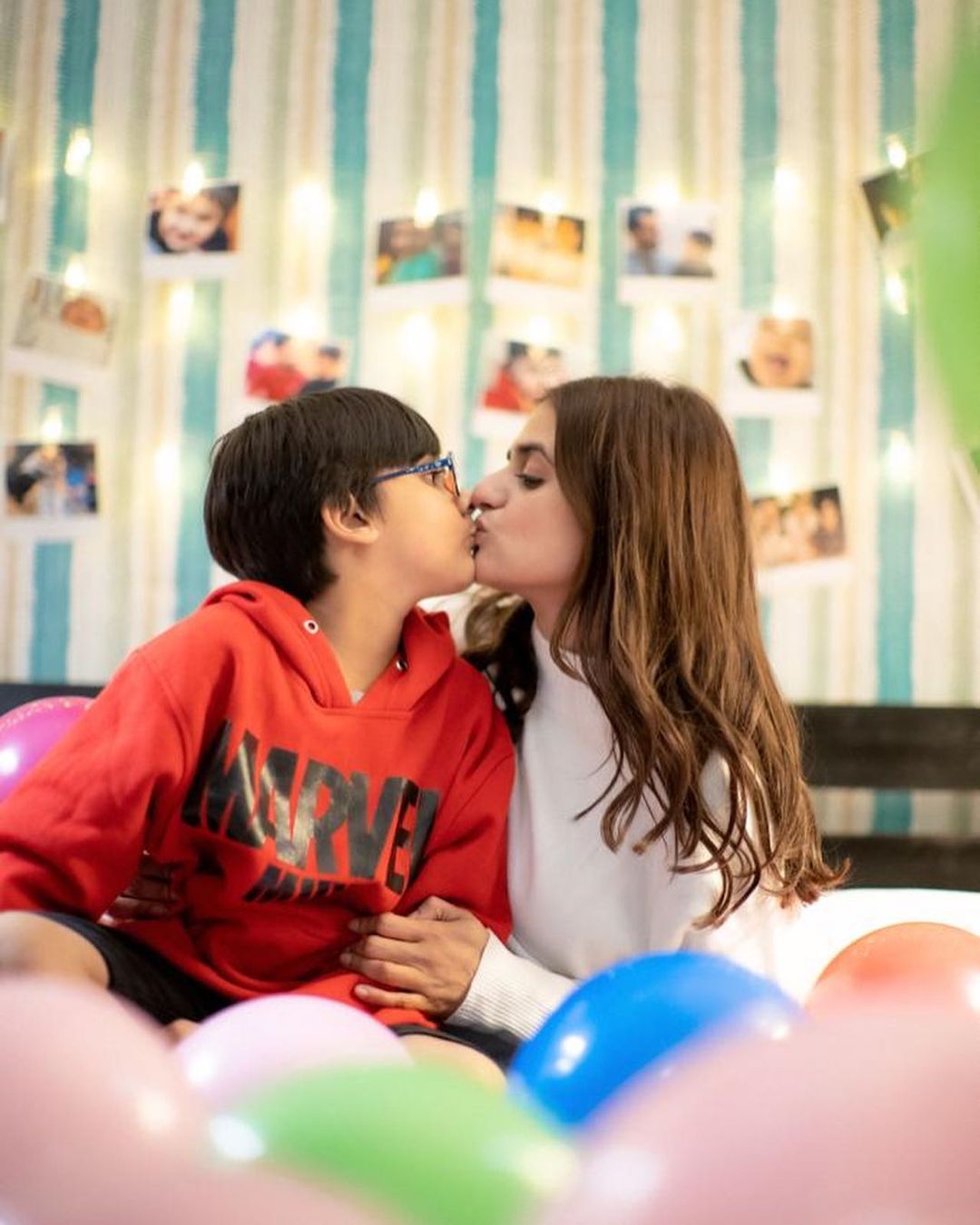 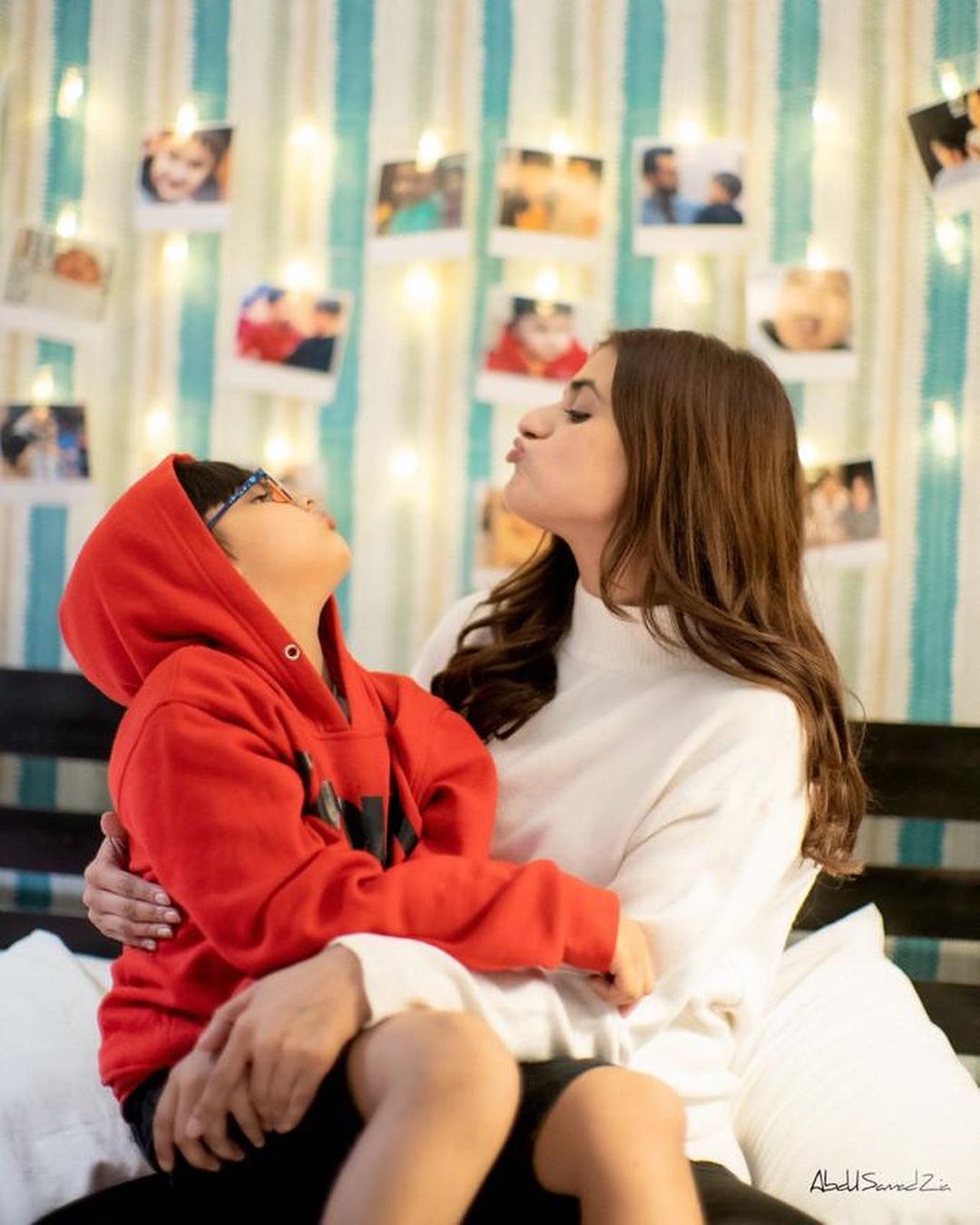 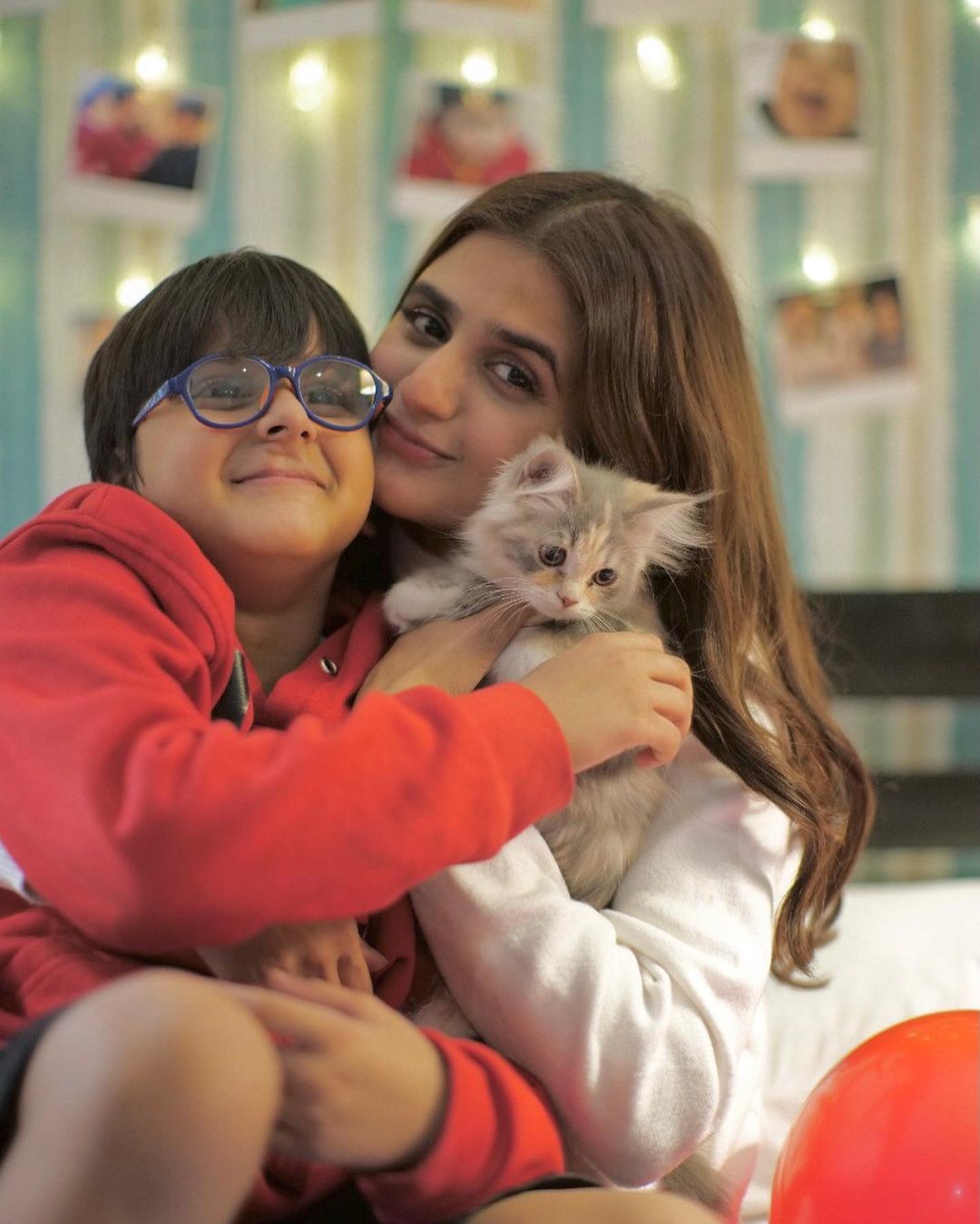 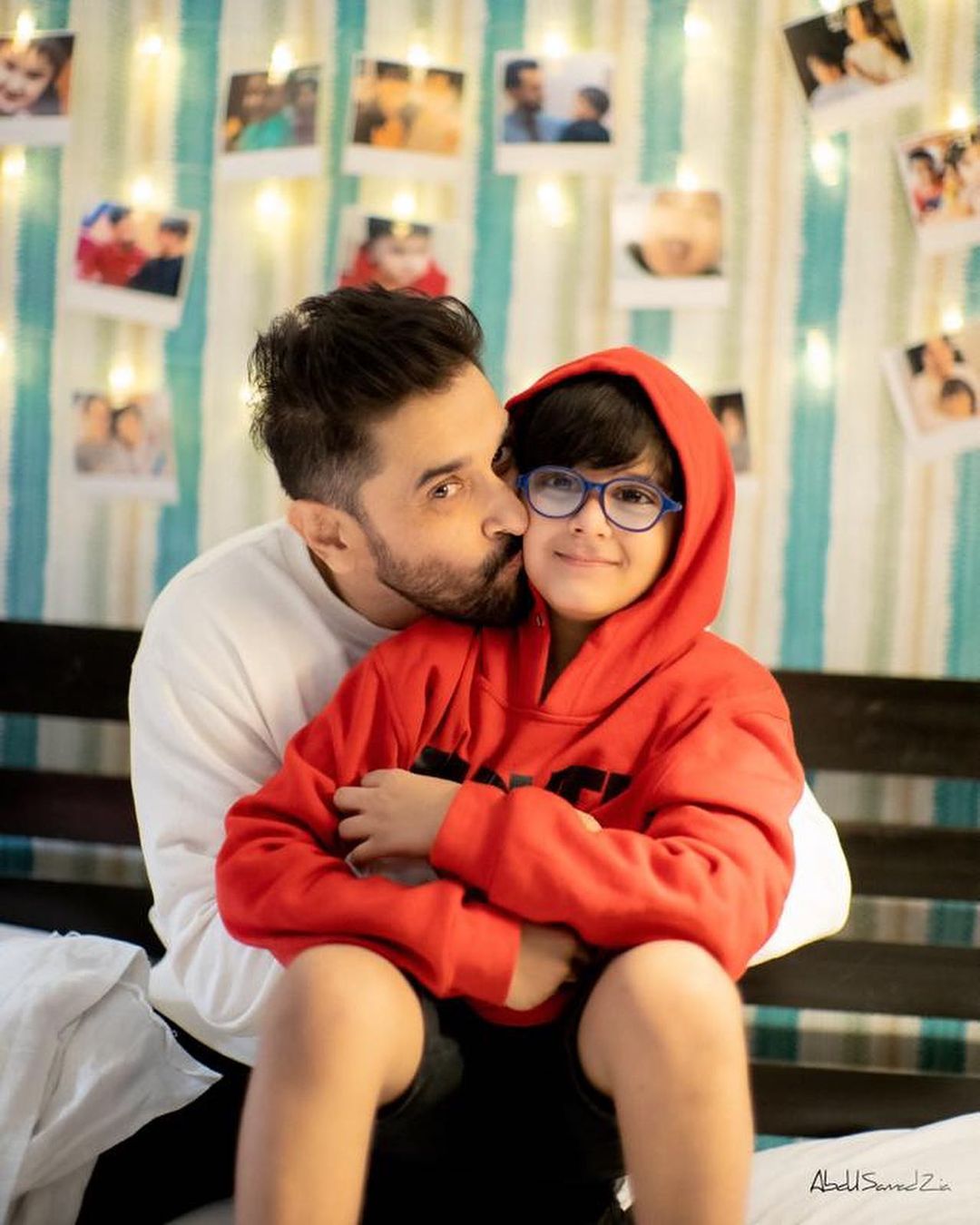 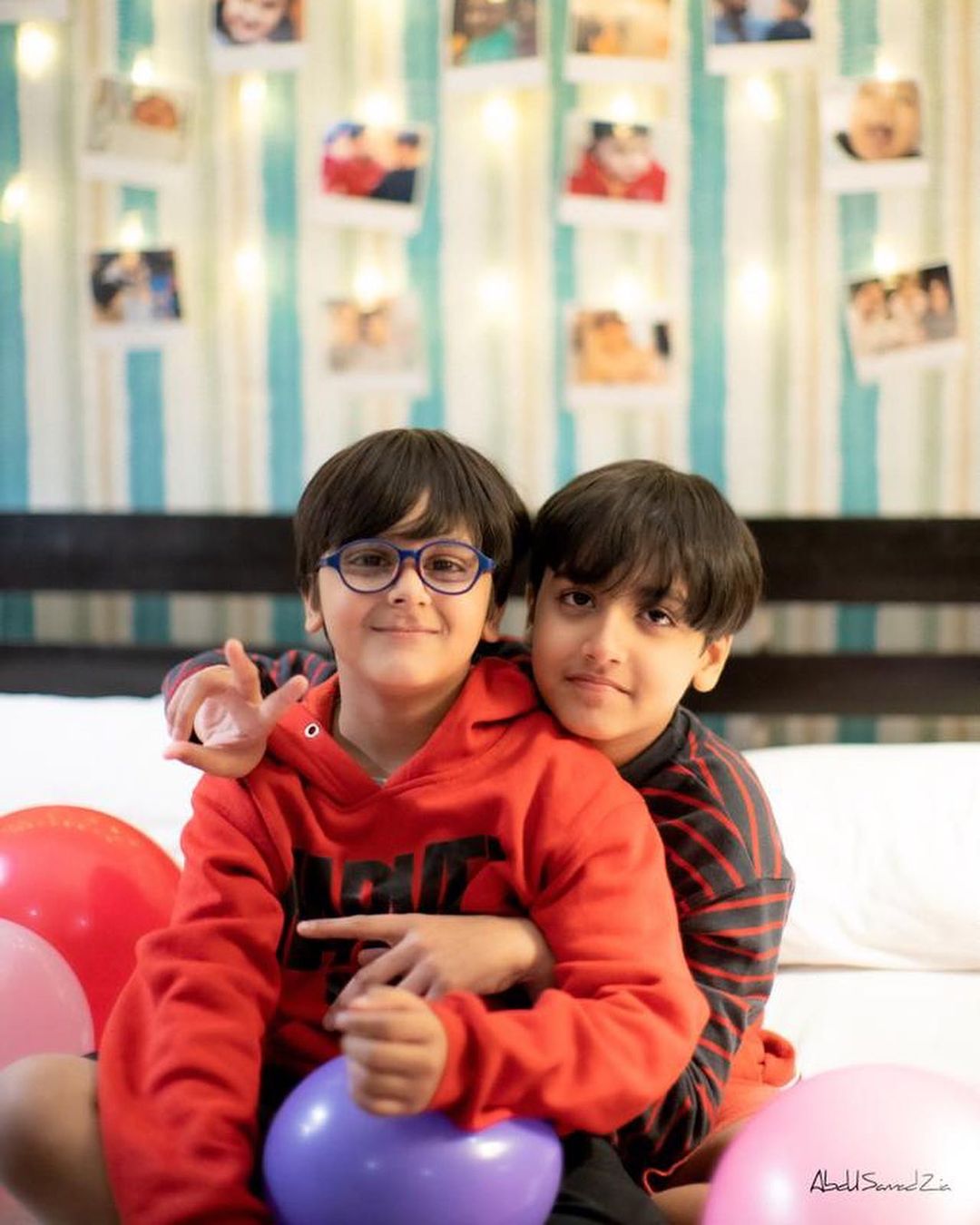 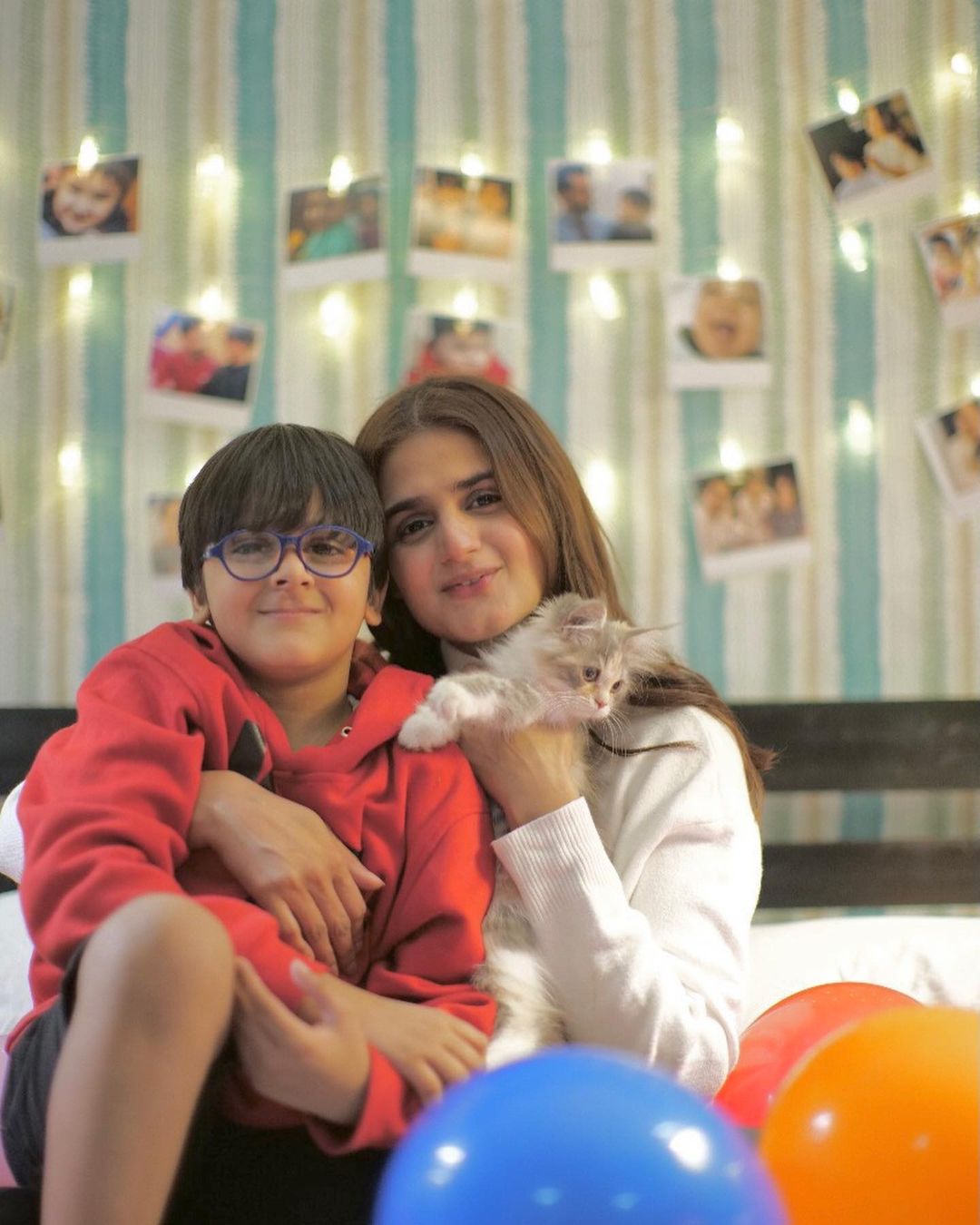 The stunning pictures have won the hearts of the fans of the celebrity couple on social media. As it appears, the lovely couple celebrated their son’s birthday at home and enjoyed a good family time. Ibrahim is the youngest and everyone’s favorite, and we can see how he shares a very special bond with his family. Muzamil, Hira, and Mani made sure to make Ibrahim feel special and extra love on his birthday.

Hira Mani, after getting married to Mani did a few roles in dramas. However, stopped appearing on TV for a time. She wanted to give some time to her kids, but now after her sons are all grown up; she’s back on the stage and shining with work all over again- and with one project after another, see have been seeing a lot of her on screens these days! This superwoman really knows how to balance work life and family life!

We wish adorable Ibrahim a very, very happy birthday, and we hope to see more of their family moments together.