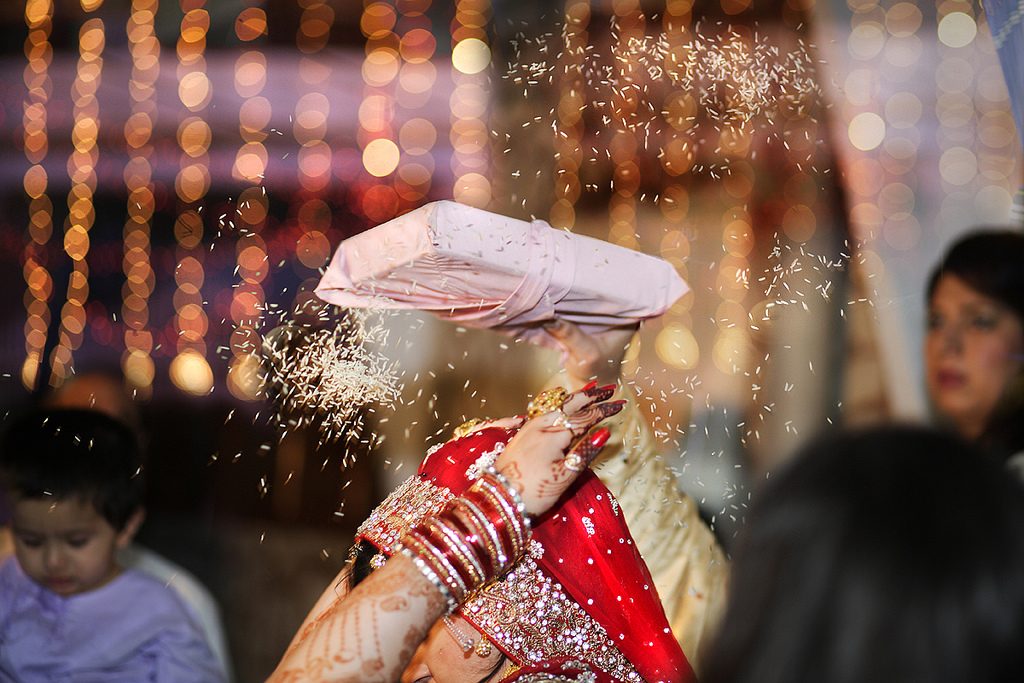 Holding the Quran over the Bride’s Head on Her Marriage – What Does Islam Say About It?

When it comes to the traditions practiced in the Muslim society, there are many which contradict to what the religion preaches. Dowry, for example, is one of the basic examples which not only prevail in the society but is also prohibited in Islam. Aside from dowry, there are a number of concepts which are not discussed in Islam or Quran, but they are still being implemented.

One of these is the common custom of holding the Quran on top of the bride’s head on her ruksaati.

Once you read and search the Quran, you will find that there is no verse which supports this custom. According to the societal claims, this custom is carried out when the bride is moving towards the groom’s car on her ruksaati. The Quran is then given to the bride who takes it with her while sitting with the groom. This signifies that the bride, as well as the groom, will be warded off the evil eye. This custom, in the eyes of the followers, keeps the newly wedded away from envy and guards them.

According to Muslim scholar Shaykh Ibn Baz, this custom as an innovation which comes under the umbrella of bid’dah.

“There is no basis for doing that; rather it is an innovation that comes under the same heading as using amulets and charms. Rather he should recite when he gets in his car: ‘A’oodhu bi kalimaat Allaah il-tammaati min sharri ma khalaqa (I seek refuge in the perfect words of Allaah from the evil of that which He has created),’ and ask his Lord for well-being. As for putting the Qur’an or some verses in the car, in the form of an amulet or charm, there is no basis for that; rather it is a kind of innovation and is akin to hanging up amulets, which is not permissible” – Fataawa Noor ‘ala ad-Darb li Ibn Baaz, ed. by ash-Shuway‘ir (1/359)

Customs like this and placing the Quran in a car signifies protection of the desired people from the evil eye and that they will be blessed with the presence of Allah at all times. While there are many who have said that this is neither a blessing nor a sin, many scholars have spoken against it.

In the end, Allah knows the matters of our heart and He is the supreme power!