This Pakistani Girl Shared The Types Of Men A Woman Should NOT Marry And Damn, She Makes So Much Sense!

Marriage- something that today’s generation is too scared to dive into for reasons that are several. Call it commitment issues, trust issues, bad past experiences, a phobia of ‘what if’ or simply not ready for it. It’s understandable, the institution of marriage seems to hold lesser value considering the peak in divorce rate and horror stories of partners turning out to be completely different to what they portrayed themselves as, could really throw someone off.

Hence, the constant fear of ending up with the wrong person makes people jump two steps back when they meet a setback with their partner in a relationship or simply end everything all together. Like the famous video of an elderly couple said that people nowadays instead of fixing the bad parts of the relationship together simply throw it away completely at the first sign of discomfort. Although that is something for an entirely separate debate.

Both genders have a list of red flags they believe should be looked out for when choosing a future spouse and one such woman has a list prepared. Let’s find out which of her points make your head nod in agreement and which makes it tilt to the side followed by a cynical ‘HA!’.

Her list is based on her observation of unhappy relationships. Damn! This woman is about to come strong with straight up facts. 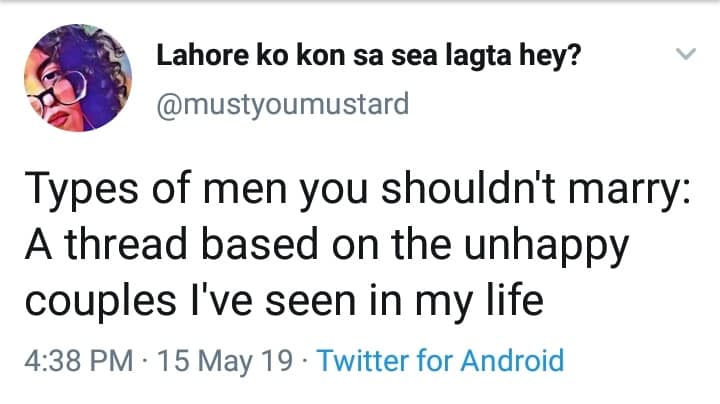 1. First up is how serious he is about his coins? Money isn’t everything but it is an integral part of any marriage after all.

Pretty straight forward here. If he isn’t serious about doing a job and has excuses to serve then that is a major red flag because this man might never work and take on the responsibilities. Ladies? RUN. 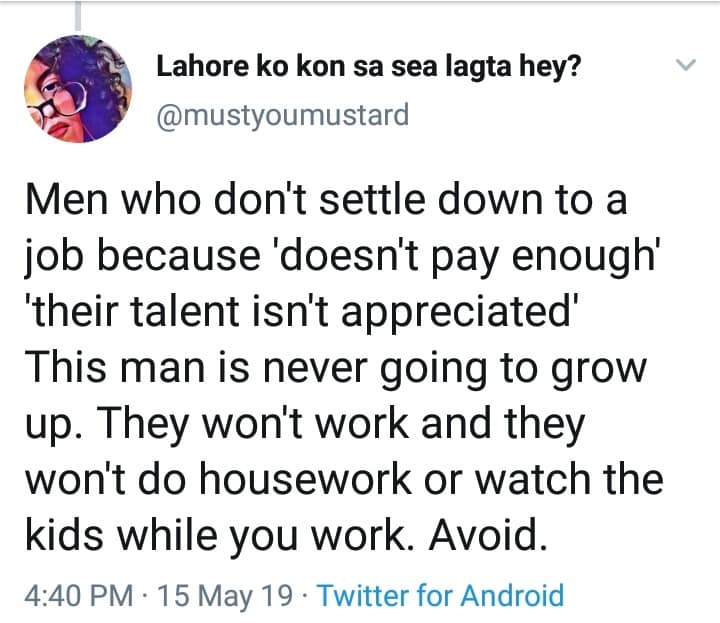 2. The one with a sh*tty personality with a dash of delusion.

Crybaby alert! This one would rather take everything personally and make it about him rather than facing the realities of life with maturity. Do you want this headache? Go ahead. 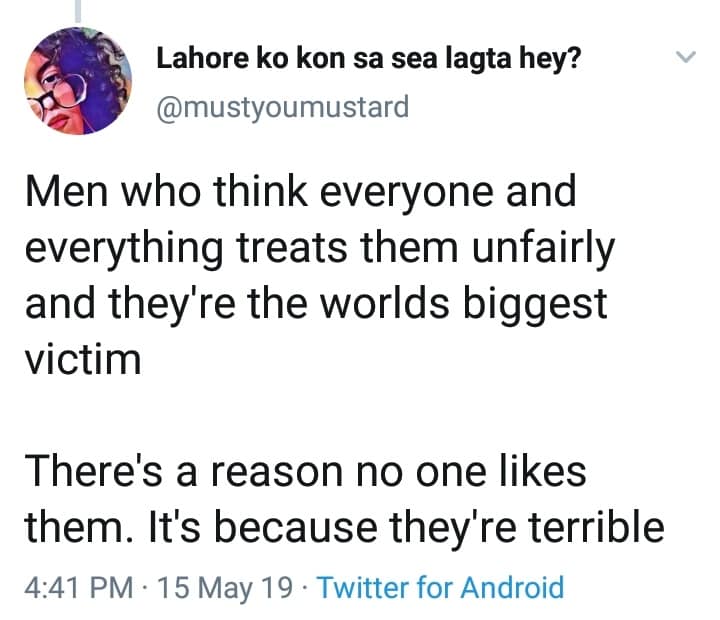 3. The one that only ‘sounds’ ambitious but no results in sight.

So this man would go on and on about his plans and how he will execute them but you would never see him actually doing something about it. Ask him and he will play the victim card. How? Short on investment, can’t find the right clients and so on and so forth. NOPE. RUN! 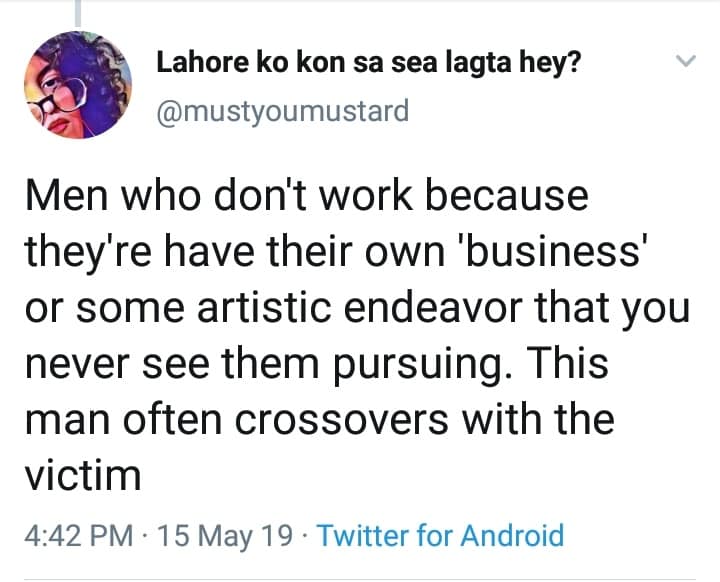 4. ‘He just has a bad temper but he loves me and apologizes’

Ladies, don’t feed this toxicity to yourself and justify his anger issues. They are there and they pose a threat. A grown man who cannot control his anger will do that repeatedly to the point that you’re emotionally spent. Don’t do that to yourself. 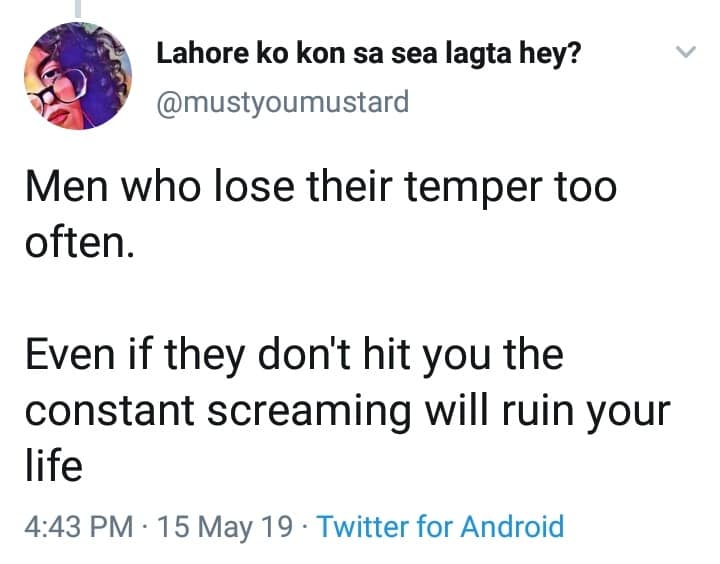 5. Men kids fear. Do you want a man that isn’t gentle and kind to the children?

Think about it if you plan on overlooking this trait. If the kids fear him then he will instill fear in your children too by striking them and like she said maybe you’ll be at the receiving end too. Potential offender. 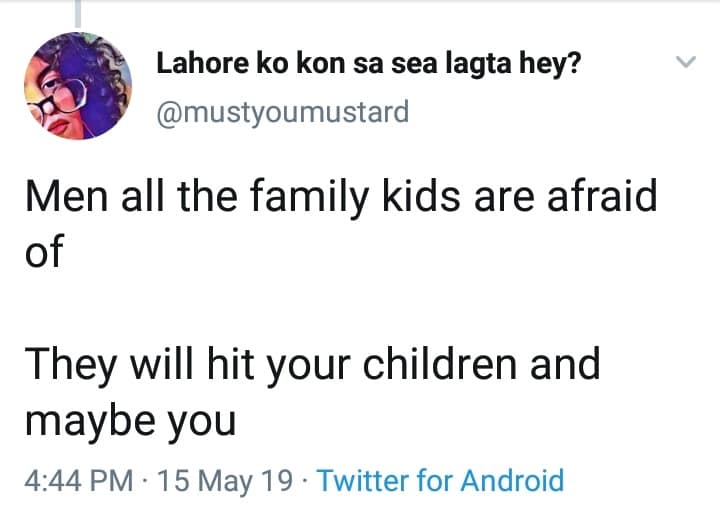 6. Listen to their words, they might just lead you on to a major no-no.

A man who dictates the lives of the women of his family will definitely do the same to you when you are his wife. Anything this man says to comfort you is a scam. You cannot expect him to ditch his controlling nature out of love for you. Beware! 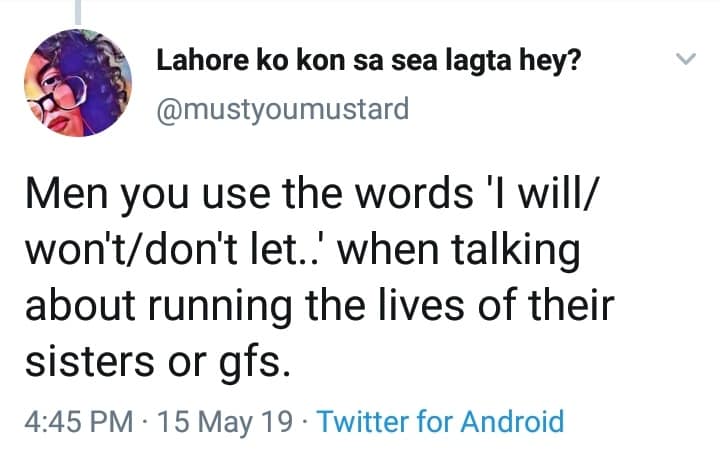 7. Whatever happened to ‘I like you just the way you are’?

If he is asking you to be someone you are not for the sake of his parents, even for just the first meeting. The man clearly will dictate you the terms of his family later on instead of standing up for you and your own life choices. 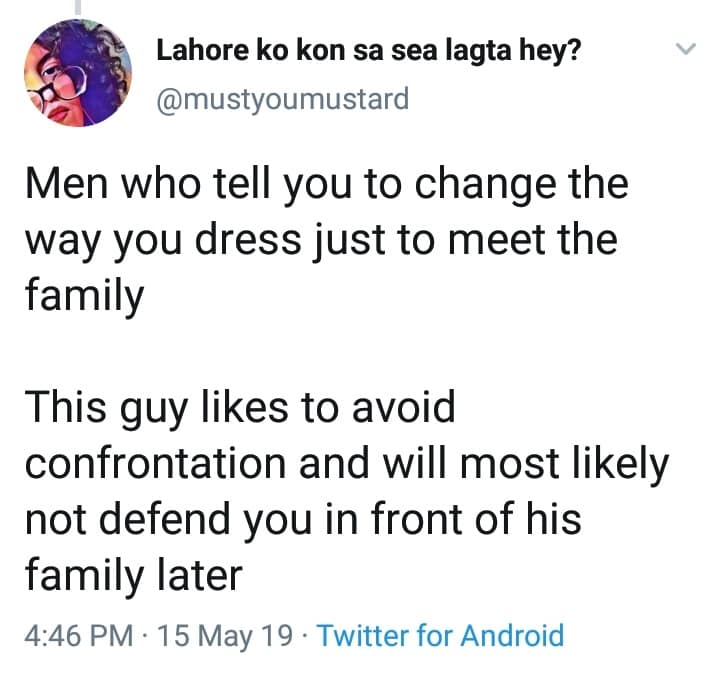 8. See? It will extend to your entire course of the marriage. 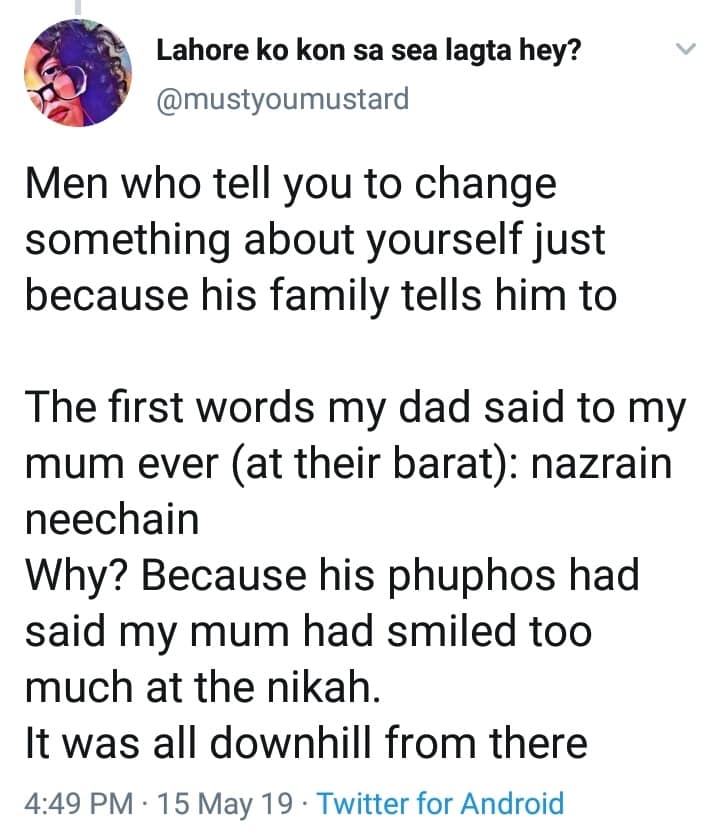 9. Men who are into making personal jokes.

As @mustyoumustard said it- He will put you down forever. They won’t think twice on ghosting you and coming back with shady reasons. You don’t want such an inconsistent man, you deserve better. 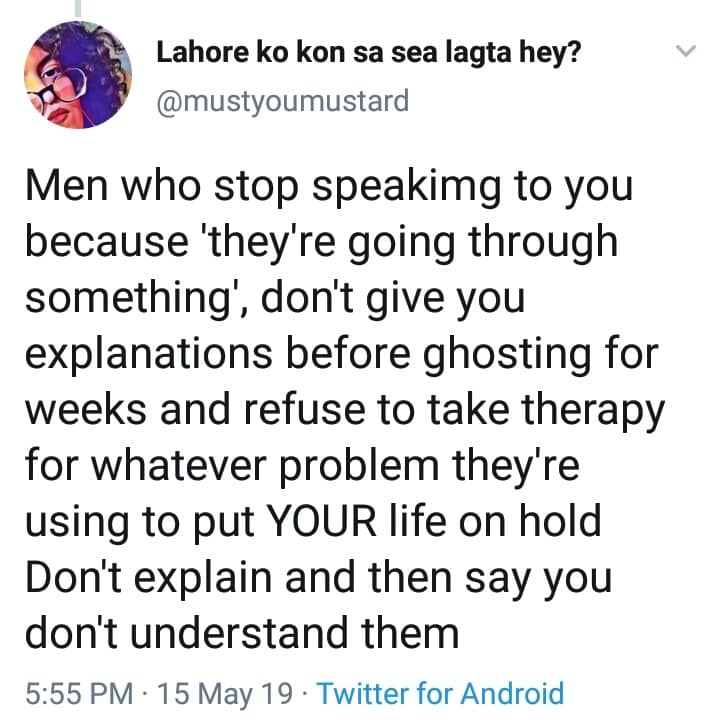 Hear Hear! Marry someone who doesn’t show these toxic traits and don’t settle for less in the name of love. 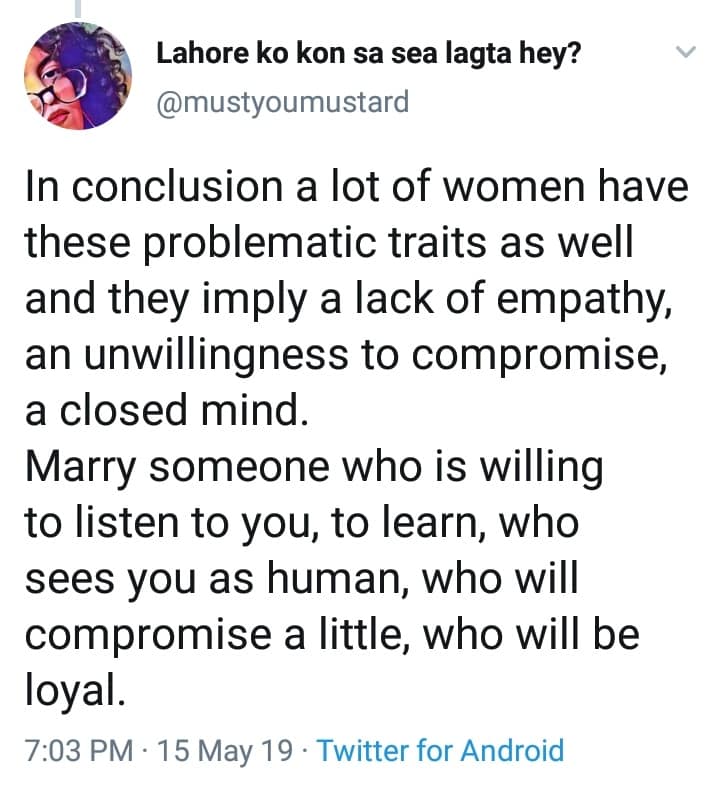 Have more qualities to watch out for? Share them with us.