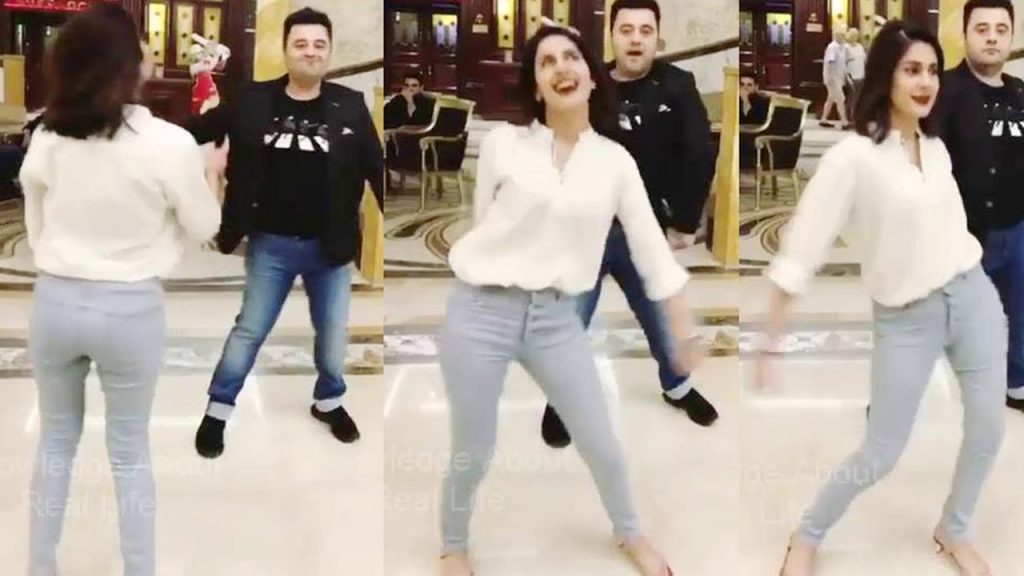 Ahmed Ali Butt and Kubra Khan currently gearing all the attention of the Pakistani film industry, along with their co-stars of the Jewani Phir Nahi Aani 2.

The cast of the movie off and on shares their behind the scene stills and funny moments to keep the audience hooked to the upcoming movie which made waves all around the country the first time it was released.

In the sequel though, while most of the cast remains the same, there are some pretty significant additions to the cast, and Kubra Khan is one of them!

So While They Are Having Some Fun Shooting for the Film, Ahmed Ali Butt and Kubra Khan Decided to Win the Hearts of Pakistanis By Doing Something Funny

The duo tried the floss dance which is currently going viral all over the world. While it is established how great of a dancer Ahmed Ali Butt is, he just proved it even more by doing this extremely confusing dance with Kubra Khan. Kubra, on the other hand, couldn’t meet Butt’s level.

Ahmed Ali Butt pretty much nailed it tho!

After a While Tho, It Seemed Kubra Polished Some Of her Skill

The actress uploaded another video on her account and she pretty much sharpened her skills and nailed it this time!

Always nice to see people having some fun with their busy routines and when the actors do it, they just make it seem even more entertaining.