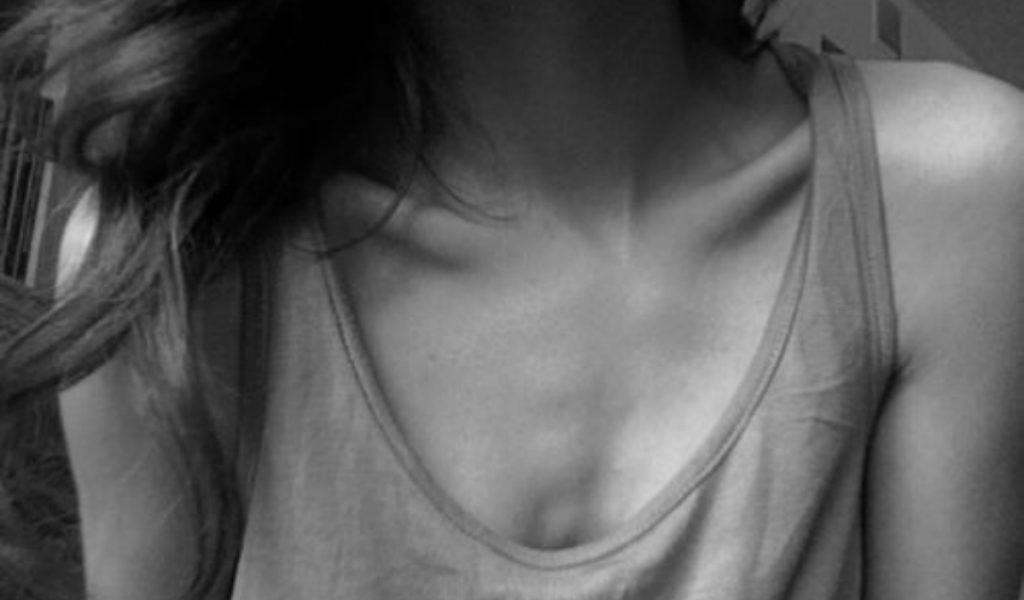 Looking at the tall polished glass mirror sitting on my dressing table, I saw my extraordinarily ordinary reflection staring right back at me. It was the same person I saw every day. Sometimes it was while I got ready for another one of those long unbearable school days, sometimes while taking a mirror selfie for my Snapchat, sometimes while I plucked out the unnecessary hair out of my oddly shaped eyebrows and sometimes simply to talk to someone when no one was around. This time, however, the motivation behind this encounter with my mirror was a rather unusual one.

For the past two days, I had dug into the stack of old clothes hiding under the cupboard in the store room and under extensive scrutiny, had filtered out every single t-shirt and pair of jeans that had ever fit me before I had put on those whopping 20lbs. Those whopping 20lbs that had labeled me as ‘fat’ while my friends comforted me with the not-so-comforting utterance “You’re not fat. You’re so beautiful.” What compelled me to turn away from those sentences was the mere thought that why can’t I be both?

With tremendous physical effort and intense vigor, I managed to get my old pair of jeans halfway through my thighs. And that’s all. Despite my constant attempts at pulling up the jeans to fit in them perfectly, the old blue worn out pair refused to reach an agreement with me. I could see my reflection laughing back at me, as my friend’s words “putting off a few pounds might not be a bad idea” echoed through my ears. And in that moment, I had decided. I had decided that I would go back to what I originally had been: a tall, slim, pretty teenager whom everyone loved and cherished.

The same night, as I lay on my bed, with sore eyes and a feeling of fatigue in my arms, I opened up the Google search bar and typed in the words “how to…” Halfway through my search, the first phrase on auto-complete read “how to lose weight”. On my screen showed up pictures of thin girls. Tall girls, short girls, white girls, black girls, happy girls, pretty girls but thin girls. Was this really what I wanted to look like?

The next morning, I decided to switch my usual pancake breakfast with a bowl of oatmeal. Instead of opting for a chocolate bar, I ended up having an apple as a snack. After an hour of strenuous workout, I stepped off the treadmill, feeling happier and healthier than ever before. A few weeks into the plan, I had lost 4lbs already and people had started to compliment me for looking good. Every morning the sun rays penetrated through the window, I woke up feeling happier and spirited. I lost more and more weight and my life turned better and better.

But something wasn’t right. Despite letting go of almost all of the weight I had put on during the past year, I looked nowhere near the thin girls I had seen on my screen that night. So, I lost more and more weight. There are times you have to lose something in order to gain something. That’s how you can go to the next level. I had to give up my old eating habits in order to look like those pretty girls.

Soon, people around me had started to notice the transformation. The first among them was my family, who had long ago figured out that something wasn’t right; that what the world saw and what they saw was poles apart. Later that day, my sister who was in the process of becoming a doctor diagnosed me with an illness I had never heard of before. She called it ‘anorexia nervosa’. Being the troublesome younger sister that I was, I laughed it off saying it was one of her fruitless attempts at sounding like a professional. But it all seemed right to me. I perceived it as a blanket of safety upon me; a blanket that isolated me from all that was imperfect in my perfect little world. It felt like my life was back in my hands like I was back in control. Little did I know, what had started off as an attempt at indicating good health had now become a process of self-harm.

My life now stood on the thin yet strong poles of rules and instructions. Mealtimes were now my enemy; something I detested more than the morning alarm sitting on my bedside, or the slow Wi-Fi in elevators. Mealtimes were, the food wasn’t. Deep, deep down, I loved food. It was one of my favorite things. Of course, I couldn’t admit that, not to anybody. The thin girls I had driven my inspiration from probably hated food, and so should I.

Each day, I ate less and less, becoming more restrictive as the rules increased: never eat more than 500 calories a day, never enjoy food, always weigh your food before you eat it, never accept the fact that you’re hungry, make excuses to not eat, weigh yourself before and after every meal. Being at home under the watchful eye of my family meant I had to be much sneakier. Thus, I created more rules to follow: excessive exercise, refusing to eat, not eating in front of anyone, pretending to have a full stomach after 6 bites. I hated lying to my family. They knew, though. They knew exactly what I was doing. Every night as dinner was served, the table used to turn into a war zone in the heat of an argument between my father and me, as he yelled at me if I wanted to die. Every morning, my grandma used to follow me around the house to check if I actually ate my breakfast or threw it away. It killed to see what I was doing to my family but I couldn’t stop. Depriving myself of something I loved as a punishment was not my choice. Gone were the days of my denial about the illness my sister had told me about. After 4 hours of reading about anorexia nervosa and undergoing 5 online tests, the truth had come out. I knew I needed help. I was anorexic.

Unfortunately, seeing a psychologist was not one of the options on the list which I had named ‘ways to not further screw up my life’. A psychologist would simply be too risky, too vulnerable. Was I psychotic? Was I insane? Was I helpless? No, no and yes. Yet, wasn’t I supposed to go consult medical help only if something was physically wrong with me? If I came out as an anorexic, would my family and friends treat me the same way they used to treat me previously? What would my aunt, who set me as an example of inspiration for her children, think about me? What would my teachers, who regarded me as one of their sharpest students, ponder upon as they discovered about my illness? Oh, how agonized my own family would feel as they walked around with me, realizing I was not as perfectly normal as them?

No. A psychologist was a definite no.

With a little help from reading stories by recovered anorexics, becoming closer to God through meditation, ripping up my rule book and an inner realization that I neither wanted to kill myself nor a sick life like the one I was living, I gradually started to get my act together. Recovering from an eating disorder is as difficult as nailing jelly to a tree; it falls apart every time. However, I had to do this: not for the sake of others but for myself.

And I did. Eventually, I let go of the impenetrable shell I had created around myself and destroyed it piece by piece. However, the stigma associated with mental health in our society has and always will come in the way of my acceptance as a former mentally ill patient. However, the fact remains that everyone dances to the beat of their own drum. Simply assuming everyone stands at the same level and can understand what you already know is unjust in every possible and imaginable way. So, to every single person out there who may or may not be suffering from a mental illness: please, accept help. Mental health is not something we can sweep under the rug.

Anorexia gave me a reality check by ridding me of the illusion that I always have to be in control. Sometimes, it’s just easier to let go. It’s just relieving to let go. Life doesn’t stand upon rules. What it does stand upon is the people you live around, who love and cherish you. Everyone deserves a recovery, everyone deserves love, and everyone is good enough. I have come out a lot stronger than I ever was. I have learned to love myself the way I am. I have gotten myself back. Anorexia was just a chapter in the book of my life, it was not the whole book. As a survivor, I undoubtedly now know what’s broken can be mended; what’s hurt can be healed; that no matter how dark it gets, the sun is going to rise again. All you have to do now is stand very still, breathe in the moment and try to be open to wherever the wind’s going to take you next.

Pakistani actress Hareem Farooq has made it to the hearts of Pakistanis within a short span of time. Apart from ...

The actress turned entrepreneur, Nadia Hussain creates quite a hype on Instagram as she schools her fans in the rudest ...

It is good to see some sense prevailing in the citizens of Karachi. As Eid draws near we see locals ...