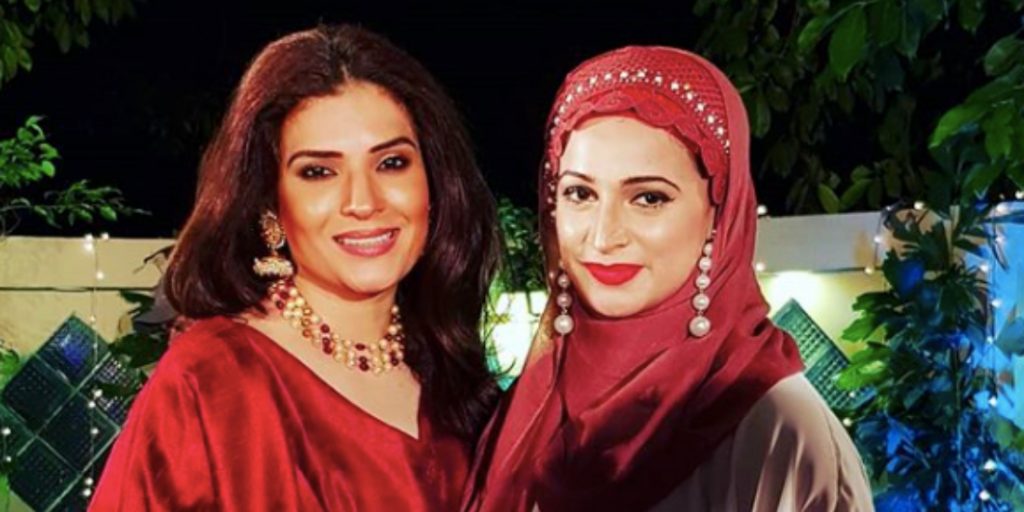 Noor Bukhari, one of the finest actress of Pakistan’s industry recently started taking Hijab, giving us some major Hijab goals. Even if she is on her vacations, attending events or in her everyday life, she definitely knows how to flaunt hijab!

Even though she is no more a part of Pakistan’s entertainment industry but she is active on her YouTube Channel and in the loop with her friends in media. Recently, she was part of an event where she met a few of her friends from the industry and took pictures. It was then she received a lot of criticism from people on her hijab,

Let’s take a look at her picture,

We LOVE how beautiful these two look, especially the way Noor is carrying her hijab!

It’s a rare sight seeing these two pose together! Lollywood actresses Resham and Noor Bukhari spotted at an event the other day. #NoorBukhari #Resham

And this is what people had to say,

Some people just couldn’t deal with the comments,

FINALLY SOMEONE SAID IT!

While some were scared…

Previously, Noor has been victim to such bashing from people on her hijab, it is sad that it is only people discourage people and judge their intentions based on their attire. Well, hijab is a choice and to criticize someone even after they are wearing it consistently is SO wrong!

We, as human beings, should learn to respect each other and practice tolerance or else we will never progress as a nation. One simply has no right to defame and pass remarks, especially on religious grounds!

People should at least think before they speak!

Share what do you think about this! Let us know in the comments below.