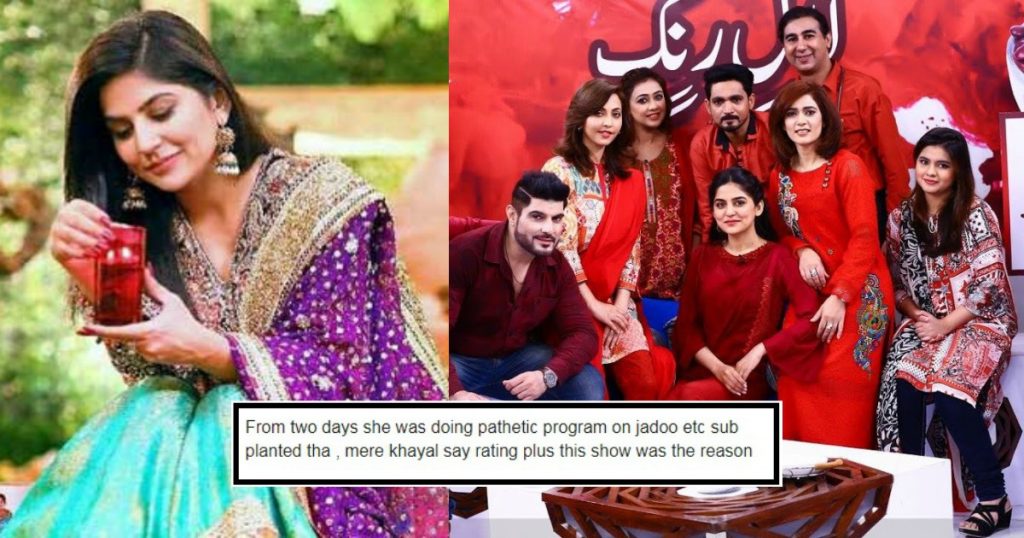 Sanam Baloch and her Morning Show Team Have Been Allegedly Fired and Everyone’s Curious!

Recently, Sanam Baloch was all over social media because of her interview with Amir Liaquat and his second wife Syeda Tuba. The host of show Subh Saveray Sanam k Sath asked the newlyweds some pretty controversial questions and Pakistanis were not having it.

If You Don’t Remember What It Was, Here’s a Flashback

While that is in that past (which surely would’ve given some great ratings to the show). rumors of Sanam Baloch and her entire team being fired from her own show is now circulating literally every where!

And nope, it is not because of that episode of the show because that is pretty much an old story now. It has to do with something else surely.

Tweeted by the Former Editor of Jang and Geo, Saama TV has Made the Decision of Firing Sanam Baloch and the Entire Team

Doesn’t seem like the reason solely because it is not the first time someone has done such low-standard shows on absurd topics.

From two days she was doing pathetic program on jadoo etc sub planted tha , mere khayal say rating plus this show was the reason

According to the posts on social media, Sanam Baloch will be working on the show till February, as per her contract. So let’s see if the host sheds light on the rumors while she is doing the show.

On the other hand, if this is really the reason that she has been fired due to the poor taste in topics, this will indeed be an example for all the shows to follow. All morning shows need to filter the filth they air on TV daily and up the standard.

Let’s see what Sanam Baloch has to say on this!