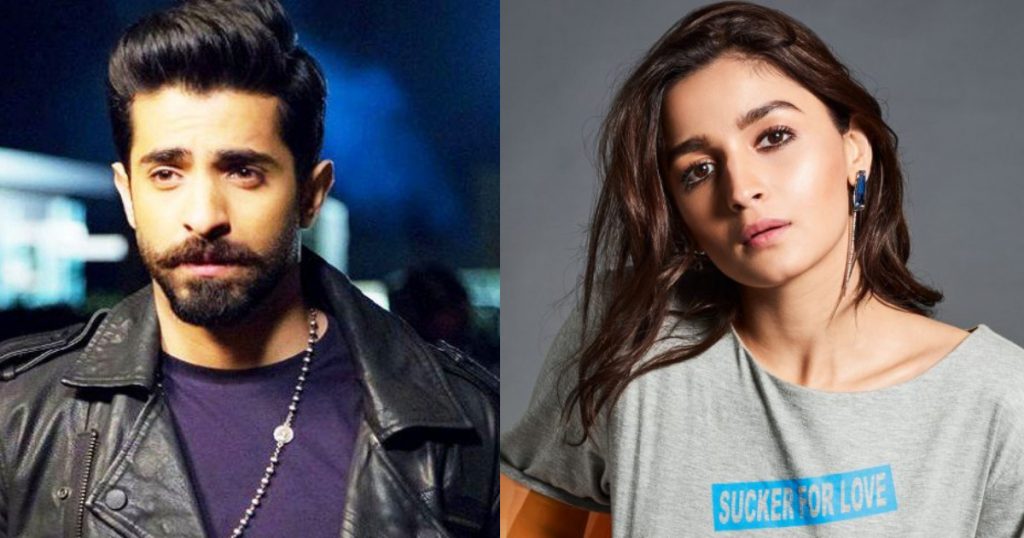 Shehryar Munawar Reveals He Wants To Date Alia Bhatt And Wow, We Weren’t Expecting This!

Sheheryar Munawar is one of the most good looking actors of Pakistani industry who has women going gaga over him. The actor with that killing smile has many women falling in love with him.

However, Sheheryar Munawar, as of now is officially off the market. The hunk got engaged to Hala Soomro, who according to media outlets happen to be a doctor by profession. This just left many women heartbroken!

He recently took a shot at answering 23 unexpected questions from an International website called Masala! where his answers made us all laugh. During the interview, the actor had several revelations to make which made us hooked till the end!

Munawar said that he would want to date Alia Bhatt but he doesn’t think that would happen any time soon!

He also said that if it comes to dating women, he would opt for older women. The 7 Din Mohabbat In actor spoke about a few things that we just loved! He talked about his favorite current song, his favorite thing on the internet and lots more!

The actor who first rose to prominence with drama serial, Aasmanon Pay Likha, ventured into production by working with ace ad filmmaker, Asim Raza in his well-established production company, The Vision Factory. The 29-year-old heartthrob, who made his cinematic debut with Raza’s coming-of-age effort, Ho Mann Jahaan, is just another film that was a success by Munawar.

He also was in the film Saat Din Mohabbat In alongside his Ho Mann Jahaan co-star, Mahira Khan. With Sahir Ali Bagga producing the soundtrack and Rana Kamran of Na Maloom Afraad wearing the cinematographer’s hat, it was an amazing project.

Furthermore, Sheheryar Munawar did his A-Levels from Southshore School and he got his bachelors in Finance degree from Institute of Business Administration, Karachi.

Munawar is one of the most loved and talented actors who has proved himself with his hard work! If there’s anything you’d like to add to this, let us know in the comments section.