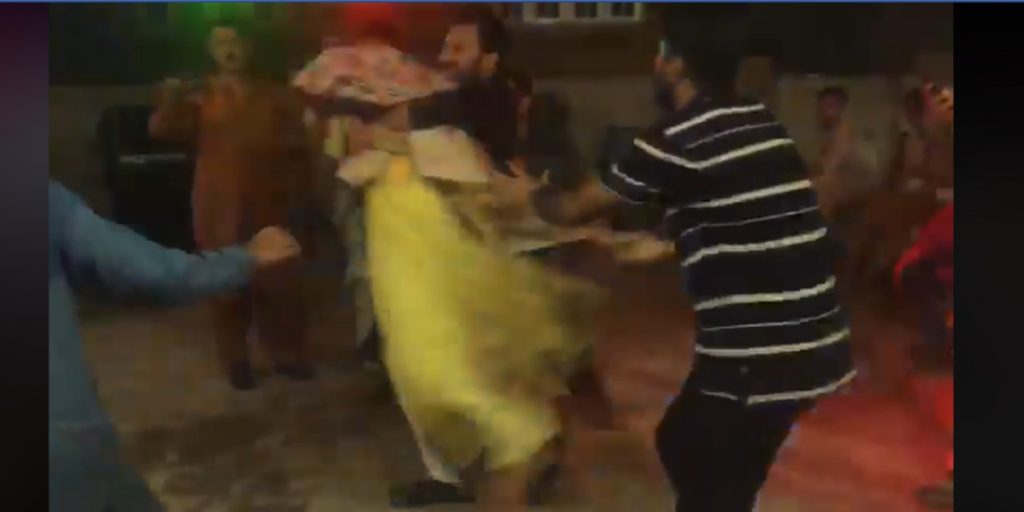 One of the core reasons for Pakistan’s creation was that it would be a safe space. For all minorities and all genders. Men, women, and transgender rights. But has it really been all that? I don’t believe so.

Since they day Pakistan was made, transgenders have had some of the worst lives any human being could ever have. Abandoned by families for their uncommon bodily characteristics, they grow up on the streets – malnourished and impoverished.

Almost no one hires people from the Transgender Community for a job. They have not had the luxury of education (barring a few) and transphobia is rampant among society as well. So they are forced to earn money however they can. One of them is dancing at functions and weddings etc. for rich people.

But apparently, even that isn’t safe for them. A recent video on social media showed a man wrapping what seems to be a blanket of some sort over a transgender’s head. He then proceeded to pick her up and spin her around in circles.

Transgender community is always vulnerable when they go out for dance functions. When there is no social acceptance for transgender persons, they are forced to leave their homes and live a poor life with no economic opportunities. This, forces them to dance on functions to make ends meet.Strict actions should be taken against such men who harm transgender community just to please themselves. Shame!!!

It is, beyond a doubt, one of the cruelest things I’ve ever seen. Imagine dancing as dozens of male eyes stare at you for pleasure. The fear would be significant. But blinding her and physically torturing her so she can’t escape? How can a human being do that?

This is supposed to be Naya Pakistan. A Pakistan where we are tolerant of all communities, peoples, and cultures. There is no room for narrow-minded and messed up views. Transgenders are PEOPLE. They are HUMAN BEINGS. All human beings deserve respect. Don’t relate them to someone you know personally in order to sympathize with them. ALL HUMAN BEINGS DESERVE BASIC RIGHTS. Keep repeating that till it gets ingrained in your brain.

We need to support the Transgender Community and make sure they get the rights they deserve. Our privilege (as in having a binary gender) gives us a position of influence and power. Give transgenders rights. Give women rights. It’s a basic necessity EVERYONE should have.