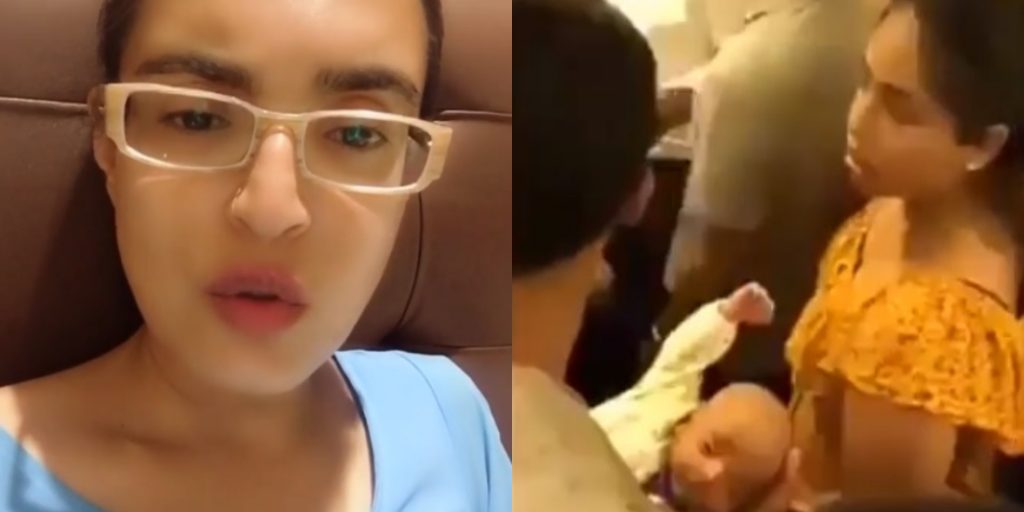 By now, I’m pretty sure you know about the PIA fiasco that happened. An entire plane full of passengers and crew was left without air conditioning for two hours when a flight from Lahore to Paris was delayed. A video of a hysterical mother who was worried about her baby suffocating has gone viral on social media.

Another suo motu needed asap !National flag carrier PIA switched off air conditioning and closed the doors for about two hours after all the passengers were on-boarded including infants struggling for fresh… More air to survive. PK 750 Paris to Islamabad was scheduled to depart from Paris at 9 pm on Friday 3 Aug but delayed for 2 hours and 39 minutes without giving any reason to passengers on-board. Cruelty was at peak and It’s clear to all viewers in shared video that how a mother was begging for to open the door and to save her child who was completely unconscious when the air conditioning system was completely off.I think we as overseas Pakistanis should boycott this so called & much tired fleet to get rid from those who have unnecessary control being mafia and using it as their KEEP since long time.R.KCourtesy :Hussain Ullah sb Zeeshan Ahmad Qamar

Is she overreacting? I don’t think so. A woman’s love for her kid is like nothing else in this world. Babies are more prone to getting sick than adults are, and if hundred of people are stuck without air conditioning in a tiny space, the fear of something happening to a baby is very understandable.

Nadia Hussain agreed with this. She posted a video on Instagram, bashing those who were making fun of the woman. But there were a couple of things she said that were very, very wrong.

ANOTHER EXAMPLE OF PATHETIC COMMENTS FROM PATHETIC LOW LIFE FUCKED UP WOMEN!!!!!!!!! ?????? And damn you @Official_Pia

What the hell, Nadia? That is such a messed up thing to say. Why would you pray to Allah for the death of babies? Why do you want them to die when the fault is not even theirs? No child should have to suffer for what their parents do.

When people started calling her out for this, she released another video explaining her stance.

In this video, she went onto describe how much a mother loves her kid. I understand that, but what on earth does that have to do with kids dying? She said she “completely stands by what she said” but what she said was very, very, messed up. If someone is making fun of women and the love which they have for their children, insult them. Wish death upon them if you want. But babies are harmless and praying to Allah for their death, no matter what the reason, is completely unacceptable.