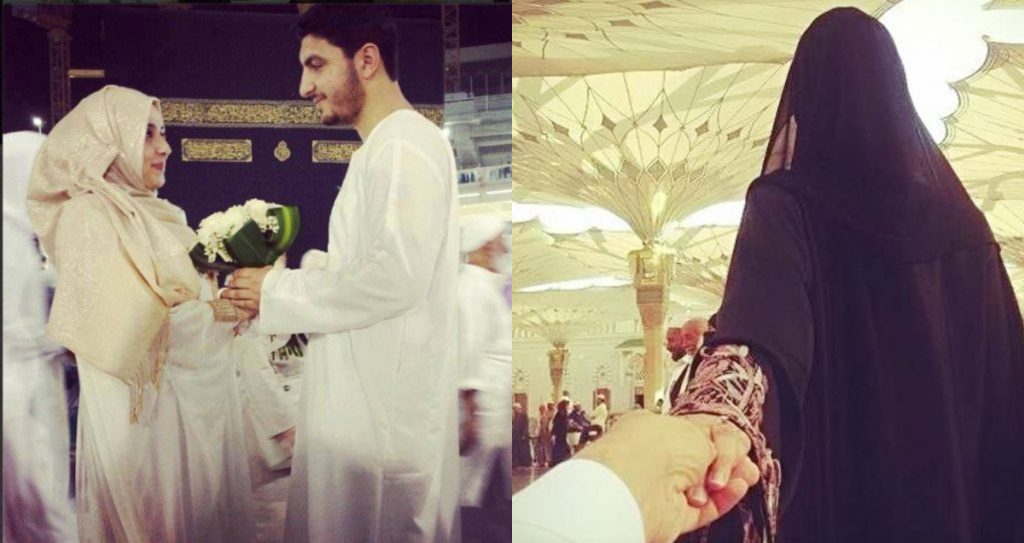 This Pakistani Guy Shares How His Wife Changed His Life For Good And This Is Beyond Beautiful!

I still remember the day when we met each other. It was an open discussion day on Pakistan’s current political situation in our campus when the group leader, that brown-eyed girl had argued with me twice and thrice. My strong counter argument every time became the reason for her anger and she left the hall in no time. It was a sudden reaction and totally unexpected for me, I felt sorry for her.

I thought my reply was a little harsh which saddened her. The next day when I saw her on the campus, I said sorry if I had hurt you. She was sitting on the bench near the library in a white shirt with blue jeans. Yes, I do remember that day as well. Our second meeting was again on the campus.

After a little introduction, we exchanged our phone numbers and started talking to each other almost every day. Our conversation was all about studies, political discussions, assignments, and lectures. And during these debates, I felt that I had fallen for her. Our conversation shifted from studies to personal life in no time. I kept this secret with me for almost two months because I wasn’t brave enough to propose her. But when I did, I regretted it. She said no because she was committed to someone else.

How could she do that? I was sincere to her and I was proposing her to get married. I wasn’t the only one who believes in long-term relationships. Suddenly, I got curious about that guy for whom she left me for. Her ‘no’ forced me to think about myself again and again as well. Her ‘no’ hurt my ego, I lost my senses. I started looking at myself in the mirror daily for 2,2 hours to find the ‘fault’ in me. Analyzing myself, judging my habits became my daily routine and this overthinking gifted me a migraine.

I have read somewhere that women can’t handle rejection, they keep it with themselves till death while men usually move forward easily and swiftly. I found this decree completely wrong, at least in my case, it was nothing but biased research. I started hating girls. I thought that they just play with the feeling of guys until I met a girl whom my mother fixed my engagement with. I rejected numerous proposals for no reason but when my mother blackmailed me emotionally, I said yes to her latest proposal.

And it was my first meeting with her. Without being worried about ‘what she would think of me’, I confessed about my first love. To my surprise, she understood me and suggested to make myself and my brain relax. In half an hour of our meeting, I decided to marry this girl.

Alhamdulillah, she is my wife now. In her company, I revived my faith in the most delicate creation of Allah. I have left my past in the past. I have seen people who have ruined their present because of their past, I am blessed to have that woman in my life who filled my life with positivity.

Nestlé Pakistan Puts Rural Women On The Path To Prosperity

Razia, a mother of two from Sheikhupura, would rely on her husband to sustain their family until he began finding ...