Yasir Hussain Opens Up About His Hidden Tattoos|Pink.Parhlo.com 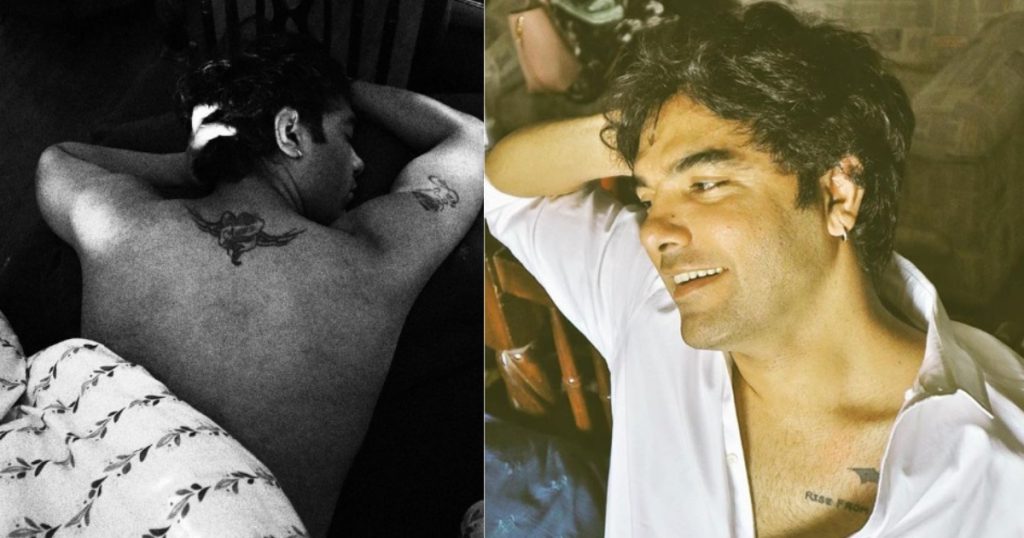 Yasir Hussain Opens Up About His ‘Hidden’ Tattoos And Reveals Why They’re So Important!

Yasir Hussain is one of the most talented actors of the Pakistani industry, he moved to Karachi to start his career and made his debut on television as a Vj for Aag TV, where he worked for two years.

He then entered into the field of acting by flaunting his skills on television in plays like Coke Kahani and Dareecha. He is famous mainly for his comic performances. Yasir showed his talent in Karachi Se Lahore which was written by Yasir himself and directed by the renowned Wajahat Rauf.

The film was a huge success and brought great fame to Yasir, both as a comedian and an exceptional writer. He later acted as the main lead in the movie Lahore Se Agay where he was paired with Saba Qamar. He has also been part of Senti Aur Mental and Arth 2.

Shadeed throwback.. when I had longer hair than all the leading actresses #yasirhussain #longhair #blackandwhite

Hussain is a versatile actor who’s now rumored to be dating the Suno Chanda actress Iqra Aziz who by the way just did a photo shoot for Hussain and it panned out to be something interesting! We’re all are aware of his love for tattoos but how many of you know what those tats represent?

Yasir Hussain has inked ‘Amma’ on his back a long time ago since she’s his first and eternal love! He, however, keeps these imprints of love, hidden under his shirts.

And this our life, Exempt from public haunt?

If you look closely, you’ll see what we’re talking about. Moreover, there were a few more pictures that Aziz clicked for Hussain and honestly, they’re not bad at all!

Aziz herself took Instagram to share a picture of Yasir Hussain and wrote, “MY MUSE…Congratulations @yasir.hussain131 on the success of #naachnajanay.”

Furthermore, the play Nach Na Jane has marked Hussain’s return to theatre after a gap of seven long years during which, he has appeared in various films. Though this is not the first time he’s working with Maqsood, he still sees it as a great learning opportunity, he stated. The actor is essaying the character of Akbar in the play that is becoming quite popular amongst the masses!

Now that we know that Hussain is comprised of tattoos which have a significant meaning in his life and he’s an actor who can practically fit in any role, we’d like to wish him all the best for his future endeavors.

Let us know what more you’d like to learn about Hussain and IF you know any more hidden talents the guy has!