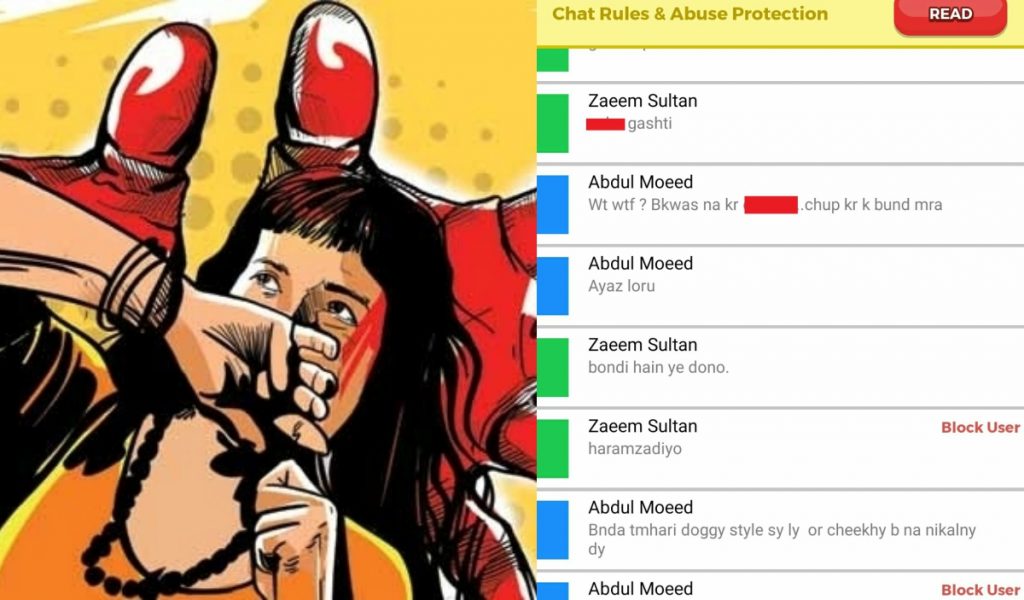 As if the open road, public places, parks and literally every single place wasn’t enough for women in Pakistan to be cat called and harassed, guys took the game ‘Ludo Star’ as an opportunity to further harass the women. I too decided to jump on the bandwagon to see what the hype was all about and started playing Ludo Star.

Every now and then someone would abuse me, yet it didn’t matter as much because I thought that blocking them was the right thing to do and was enough. Until recently, I invited a friend of mine to the game. As soon as the game started, a guy greeted us and tried to initiate a conversation. We did not know who he was so we kept playing. Upon realizing, he’d been ignored, so he and his friend hurled abuses, saying explicit things that gave the impression as if he was a rapist. (Reference: the last thing about cheekhain).

Check out the screenshots below:

What in the world?

Sure, we can block and report the person. But they’ll go ahead and do it to other women, even to those who aren’t Pakistanis. And that is the image they portray of our country. If not us, then someone else. We as women are told to compromise all the time and told ‘Boys will be boys, you should ignore because you’re a girl’. I’m sick of this mindset, people like these need to be taught what is right and what is wrong before their future generation turns out to be something worse.