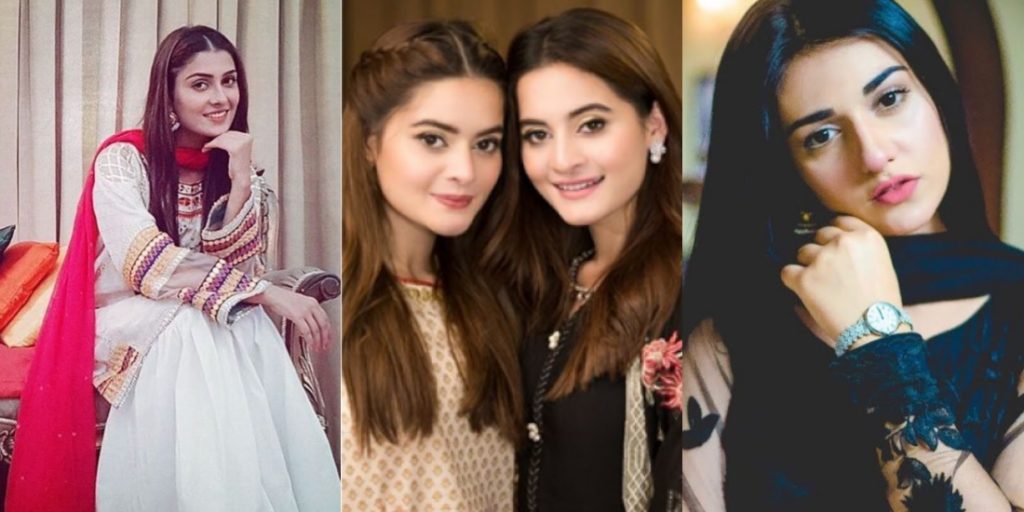 Here Are 6 Pakistani Female Celebrities Who Earned Fame Without Exposing Their Bodies!

Name a Pakistani female actor and start counting her scandals. From Saba Qamar’s bold photoshoot to Mahira Khan’s leaked videos, from Ayesha Omer’s beach party to sizzling fashion shoot of Amna Ilyas, every top model or actress has been scandalized. But we have a few other female celebrities who have proven themselves with their hard work and decency in work without being involved in any sort of scandals.

Ayeza Khan is one of those Pakistani drama actresses who has won the hearts of her viewers just after her first appearance. Within the span of eight years of her career on the TV screen, her fans didn’t see her involved in any scandal. After getting married to Danish Taimor, Ayeza Khan has not only broken the stereotype that a married woman can’t work in the media industry but she has also proven herself with perfection and decency in work.

The twin sisters of Pakistani media industries started their career at an early age but in the start, they were given side roles but now you can see them in leading roles. Both the sisters have walked on the ramp for renowned fashion designers and have worked with famous drama producers. Till today, we haven’t seen the twin-duo flaunting their body to get admired!

Our favorite morning show host is also the one whom we have never seen wearing revealing attires. Even Imran Abbas once said that Sanam has never let any actor or director touch her!

Yasra Rizvi began her acting career with performing on stage plays and then she eventually came towards drama serials. Her decent performance is always admired by her fans.

Unlike other young and talented actresses, Sarah Khan chooses her projects wisely. Her role as Farisa in drama serial Alvida proved that she is a versatile actress who can take a negative role as a challenge. Walking down the ramp in fashion shows, we have always seen this cutie pie wearing appropriate/decent dressing.

Fatima belongs to a family of renowned actors. Being already recognized in the media industry, Fatima never took advantage of it. At a very early age, she got married to Kanwar Arsalan but she is working in the industry till today with two kids at home and without any scandals on her!

Do you want to add more to the list? Share your thoughts with us in the comments!