Ehd-E-Wafa's 2nd Episode Was Full Of SSG's Mischief Including A Start To A Beautiful Love Story! 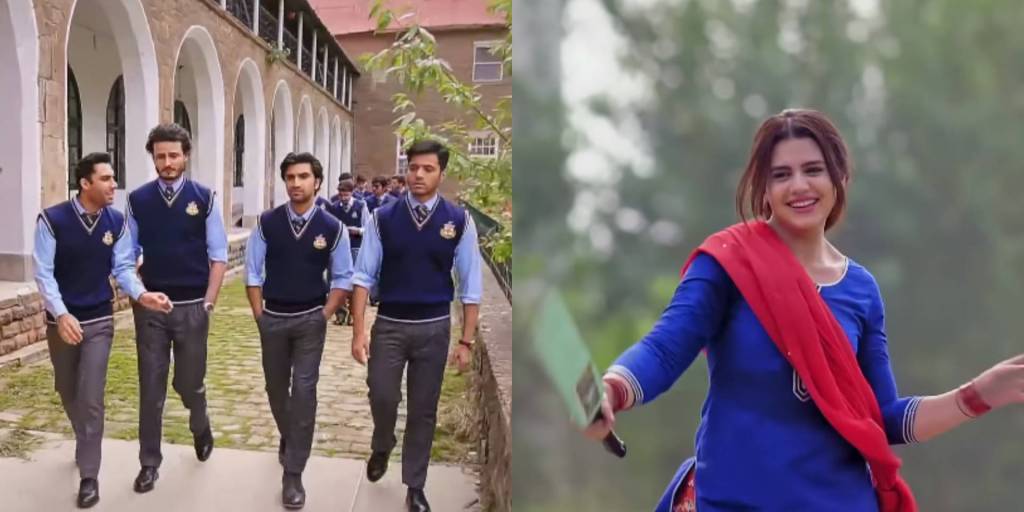 Ehd-E-Wafa’s 2nd Episode Was Full Of SSG’s Mischief Including A Start To A Beautiful Love Story!

The much anticipated second episode of Ehd-e-Wafa aired and didn’t disappoint. In the first episode, the key actors were introduced and set the tone for their characters. The show has definitely started on a lighter tone, bringing back the fresh, light yet classy factor back into the drama industry of Pakistan.

This time around, the focus was mainly on Saad and Shahzain. However, the journey of these mischievous boys has everyone looking forward to the entire show and what the SSGs do next. Ahad Raza Mir owned his character and role, perfectly delivering his lines and expressions; especially in the end of the episode.

However, let’s take a moment on appreciating the role Zara Noor Abbas is playing; she nailed it! The confidence her character Raani exudes even after getting in trouble is truly hilarious and admirable. Alizah Shah hasn’t truly emerged as a strong player in the entire story, but as the story develops, we hope to see more of her than just a sweet pretty girl.

The Story Starts With Raani.

She is at it again with her acting skills coming in handy, lying through her teeth to her mother. She explains the ordeal in the exam room making herself look the victim.

What follows next is the scene of the morning assembly where the SSGs stand, reading the national anthem unsynced. The boys anticipate a public beating but to their surprise, Khurshid ends up getting in trouble instead and becomes the recipient of the beating that was imminent.

Osman Khalid Butt AKA Shahzain glorifies the sacrifice of Khurshid for not getting the SSGs in trouble and puts on a fake show of ‘sachi dosti’. Seriously, you will think Khurshid has bought it until he breaks the drama by telling the boys that he has let the warden (who happens to be his father) know about the real story.

The Boys Worry And Lay Down A Game Plan.

Shahzain tells the boys to put on their best ‘masoom‘ faces that makes them look the most becharay on this planet. However, will the same old strategy gets them out of the trouble this time around is a risk they seemed to take.

These scenes sure giveaway the non-seriousness of these boys and the fact they only want to have fun. Their minds are always fixated on their next escape and even being caught in the first episode hasn’t slowed this group of young men.

The headmaster and warden duo are truly perfect fits. Their banter and dialogues are the pieces that really amplify the comedy factor of the show; especially that of the warden.

They are finally called in by the headmaster and the melodrama ensues with Shahzain ending with a complete blonde moment. This scene is hilarious.

SSGs Finally Escape The Dorm And Saad Finds The Love Of His Life.

Ahaz Raza Mir spectacularly acted the scene where he is smitten by Dua. Alizaeh Shah is a renown young actress who has made a name for herself through great acting and doesn’t disappoint with Dua’s character. They both truly brought their A-game in this first-encounter scene and Ahad’s expressions are amazing, to say the least. He delivered starry-eyed romantic with perfection without any dialogues.

The storyline is definitely not stagnant with a few scenes and keeps developing. Saad’s love life will definitely get more screentime in the next episode, hopefully. As for the other boys, they might set out on their individual stories too whilst staying together. Although Saad and Shahzain took the lead in this episode, we hope to see the other two friends as much as these two. They made sure to keep the anticipation going and since these two episodes were quite engaging and entertaining, this is definitely a hit show already!

Have anything to add to the story? Comment below!