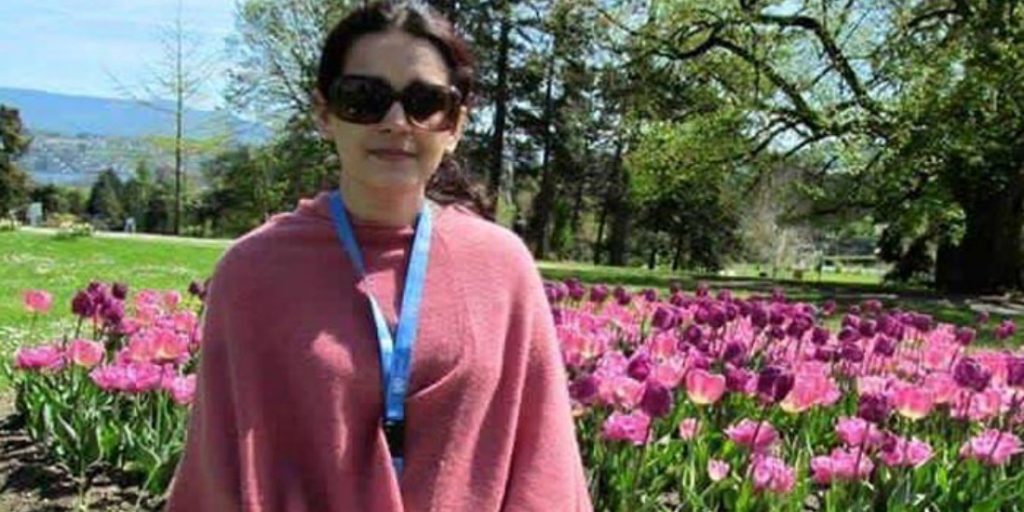 Our society always underestimates the capabilities of a common man. It is a fact that every one of us is different in some way, but for those who are more different or differently-abled, our society never showed mercy. The specially-abled people are still considered as a curse in Pakistani society. These people try to hide them from the public’s eye because our society sees their disability first and the person next!

But there are some differently-abled people who stood against the stigma and with great efforts, they tried to break the stereotype surrounding the disability. Saima Saleem is one of them. She is the first blind CSS officer of Pakistan. Saima is a gold-medalist from Kinnaird College, she is an MA in English Literature. She achieved sixth position in CSS exams after which she joined Pakistan Foreign Services in 2009. The visually-impaired Saima also worked as the Second Secretary on Human Rights at Pakistan’s Permanent Mission to the United Nations at Geneva.

Meet Saima Saleem, the first visually impaired CSS commissioned officer of Pakistan. She secured 6th position in 2009 and was allocated in foreign services.
Your faith can move mountains and your doubt can create them. Believe in yourself!! pic.twitter.com/NQB88Ww0ff

It feels proud to mention that Saima Saleem’s brother, Yousaf Saleem is the first blind judge of Pakistan. He is the gold-medalist of Punjab University in LLB (Honors). Yousaf is the topper of written exams held among 6500 candidates and he is among the 21 who qualified for the interview. Due to his blindness, Saleem failed in the interview. But on the recommendation of Chief Justice of Pakistan Mian Saqib Nisar, Yousaf was reconsidered and then he was appointed as the civil judge.

Finally, Yousaf Saleem is all set to become the first blind judge in Pakistan. He's gold medalist from PU in LLB (Hons) and topper of judiciary exam. https://t.co/y9GzTnAGOM via @thenews_intl

People on the social media congratulated the brother-sister duo and celebrated the gladsome news.

One Of Saima Saleem’s Classmates Appreciated Her Efforts On Twitter

Being a batchmate of Saima Saleem, I'm a witness to the fact that she proved that being physically handicapped is no a hindrance to achieving one's goals. Inspirational! https://t.co/Z3RoygWIIO

The Talented Brother And Sister Are Making The Nation Proud

Nation is proud of talented brother & sister Yousuf Saleem & Saima Saleem. Congratulation to their Parents on their guidance

Saima Saleem Raised Her Voice For The Other Disabled People

In the last few years, few more persons with disabilities have joined civil service. There should be equal opportunity for all! https://t.co/8KEeYfckXH

More power to you girl!