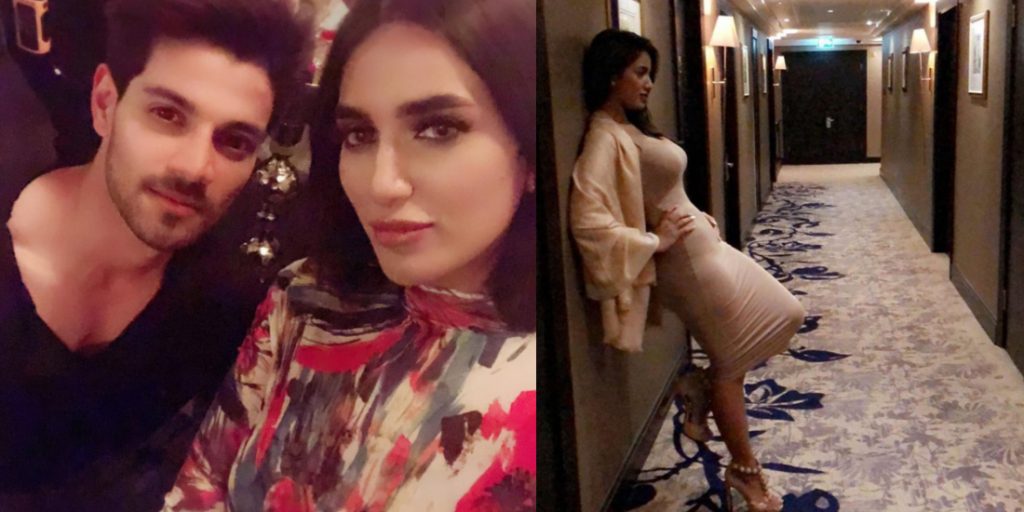 Mathira Was Spotted Vacationing In London With Sooraj Pancholi And The Pictures Are Sizzling!

Mathira the “aur aur aur” celebrity was spotted vacationing in London. The very famous VJ of Pakistan, who amazingly maintained her reputation of being the most controversial VJ till this date has a throbbing following of 109K followers on her Instagram. Well, that’s where people most interested in her. “Photos”. The gleaming, glittery life and her sexy af figure! DAMNN!

Mathira and her controversies are world famous. To say it in a very desi manner (while she being not-so-desi almost startled very Pakistani).

After her famous live music show, she gained a certain kind of reputation. After the show, the trend stopped. She started appearing in many ads and these were not any soap or mobile ads but “condom” ads. And BOY, OH, BOY, the ads made a roar on the internet. It sure must have erupted fire on the TV too.

Well, coming back to her vacation in London, just look at her! BOOM!

Uploading a NORMAL pic have nothing to do with the election because I believe we make the country and the government,so if we are not willing g to change our behavior as a good citizen no government can make us,please be good citizen little things count keeping our country clean traffic paying taxes education change helping poor with education if every person does one right thing for the country then we are on our way to success which means rejecting BRIBES so let’s see what’s in store for Pakistan because I want a safe PAKISTAN clean BEHTAR PAKISTAN.. if we stop doing corruption then even a corrupted government can’t mess our Pakistan… Citizens makes the country too.??#mathira #novotes #behterpakistan

Did you just see her Kiki challenge video? Can’t-miss on that! Woah them moveesss

But guess who did she meet on her days off from work?! Sooraj Pancholi from the Bollywood movie “Hero”. WOAHH!!!

Rumors had it that they partied all night long, while Sooraj was on his work trip. He was in London for is coming movie “Time to Dance”

Looking at the caption of the selfie, the friends are planning to meet again. 😉

To change your life you need to change your Priorities. Remember you become what you choose everyone’s PAST is full of spots but rememberer your FUTURE is SPOTLESS #mathira #thoughts #positives #blessed

Black is back in town boys, BEWARE!

In the CARRIAGES of the the PAST You can’t go ANYWHERE ? #mathira #livelovelaugh #peaceful #blessed #bepositive Forgiveness is the KEY ?

Much fire?? We knowww! Aren’t we all waiting for more updates on her? Well, she has been hanging out with Sooraj Pancholi after all. *wink wink* Any Mathira fans in here? Raise your hand, peeps!