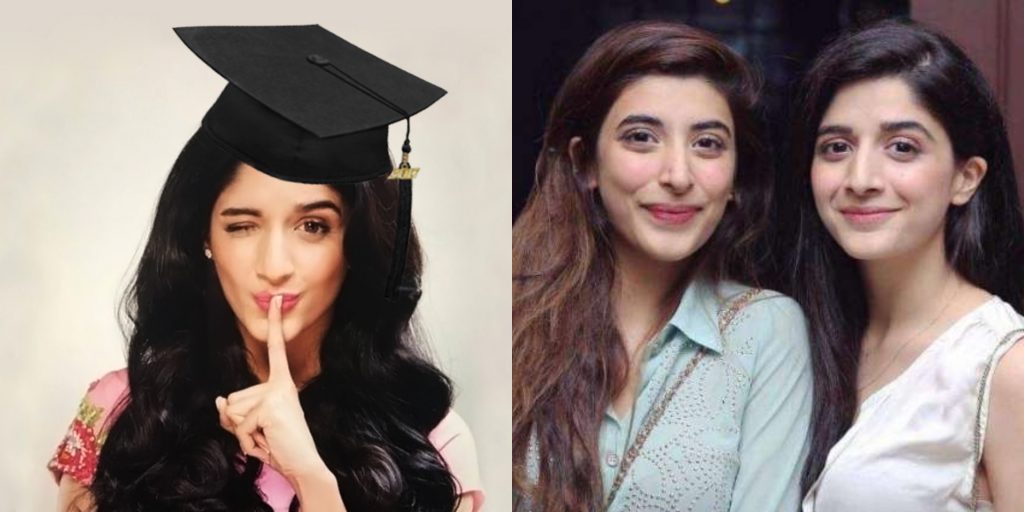 Mawra Hocane Clears Her Law Exam With A Distinction and Urwa Hocane Is Nothing But Proud!

Once again, Mawra Hocane appears in the news headlines everywhere. And this time it’s not for her social media activity or her work in film or television, rather for her academic achievements.

At the age of just 25, Mawra has made a big name for herself starring in dramas such as Sammi and making her Bollywood debut in 2016 with Sanam Teri Kasam.

The sisters Urwa and Mawra have been serving us goals with their social media account, always supporting each other. They often post about each other whenever there is something huge like a birthday or any celebration.

Here, Mawra posted about Urwa on her own Instagram account when Urwa won the Lux Style Award

Nothing makes me happier & prouder than watching you shine that too for the sheer hard work you had put in for the entire past year. 2017 was huge, #punjabnahijaungi #namaloomafraad2 #Rangreza I fail to fathom how you’ve managed to work relentlessly from dawn to dusk every single Day!!!!!! Let me remind you this is only just the beginning 2018 will be harder & I know you’ll be tougher. May you touch the unimaginable heights of success. I love you. I love you. I love you!!! ?? @urwatistic #proudlittlesister #LSA2018 #Mywinner #HelpmeDurdana P.s I wish & pray one day I can be atleast half the person you are!!! #BossLady #peoplebuilder #Sistermister #UrwaHocane #MawraHocane #selfpropelled ✌??❤️ P.P.S #JummaMubarak to all of you, May this day bring happiness & health to your Family & Mine ?????

Thus, Urwa obviously couldn’t help but post about it, I mean if it were my sister I’d never stop bragging either.

Advocate Mawra Hussain – Alhumdulillah !!! ??‍???? – Credit in property law – Credit in public international law – High Merit in jurisprudence at 67 – High distinction in Islamic Law at 85 (likely the highest in the world , still to get confirmation from University of London) I don’t have enough words to tell you how proud I am of you my @mawrellous ! ? It’s her relentless hard work & dedication along with the faculty of TILS Islamabad that I have heard great things about, from her ! ❤️ #LLBfinals #AdvocateInTheHouse ??? #MawraHocane

And it’s impressive to know that not only in media but she is also excelling in the education field. Urwa came up with a heartwarming post for her sister, congratulating her for earning herself a distinction in law.

The social media sensation has secured a total of 85%, which is highest in Pakistan and most probably highest in the world, for which she will get a distinction at her convocation. She has also passed with high marks in Jurisprudence, Public International Law, and Land Law. The University of London Bachelors degree in General Law will allow her to practice in Pakistan’s Lower Courts. Mawra will get her license in five days. She plans to take up a career in law and she intends to pursue Family Law, an extension of Islamic Law.

We know she has been working so hard, juggling between her work and studies.

She was preparing for her law exams during her Sammi shoots and she has delivered top class in both, her drama and her degree.

The new lawyer in town has now too much to celebrate for, with the releasing of her new film with Fahad Mustafa Jawani Phir Nae Anai 2.