Model turned actress Saheefa Jabbar Khattak needs no introduction as she has been making waves ever since she stepped into the fashion industry. Her bold and witty stance in terms of style has made heads turn left, and right regardless of society’s brutal criticism.

The gorgeous model tied the knot with Khawaja Khizer Hussain some two and a half years ago. However, for some reason, according to the Log Kya Kahenge actor, she could not get a wedding photoshoot done. Anyways, the couple has now gotten their wedding photographs done this month.

Taking to her Instagram, the Beti actor shared some wedding pictures with her fans and followers. She penned down, “We got married in December 2017, and it was a humble happy event but for some reason, we didn’t get our photoshoot done.”

Moreover, she also went onto share how almost two and a half years later, one fine morning the two decided to go for an impromptu shoot at home. Well, who doesn’t love to be spontaneous!

She added, “It felt natural, it felt comfortable, it felt nice making my own deadlines and not doing what’s conventional.”

We got married in December 2017, it was a humble happy event but for some reason we didn't get our photoshoot done. 2.5 down the lane and we decided to jump into our shaadi ke joray one fine morning and get our shoot done, at home. It felt natural, it felt comfortable, it felt nice making my own deadlines and not doing what's conventional. Meri shaadi, mera shoot, meri marzi 😂 . . . Love, Laughter and Happily ever after 🧿 .. .. .. Khizer & Saheefa @mahamiqbalbosan thank you for doing this for us, shall see you in another 3 years 💕😂

A post shared by Saheefa Jabbar Khattak (@saheefajabbarkhattak) on Sep 2, 2020 at 2:19am PDT

It goes without saying that the photos turned out gorgeous with Khattak glowing with wedded bliss in each picture next to her Khawaja Saab, as she likes to call her husband.

While recalling her wedding memories wearing wedding outfits for a photoshoot, Khattak shared some breathtaking pictures in a black saree.

Ready to be spellbound? Here you go! 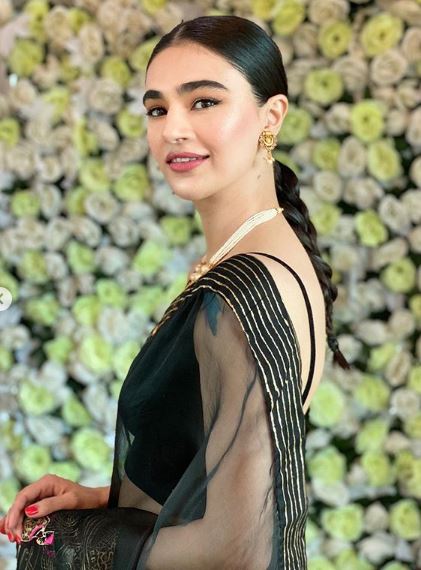 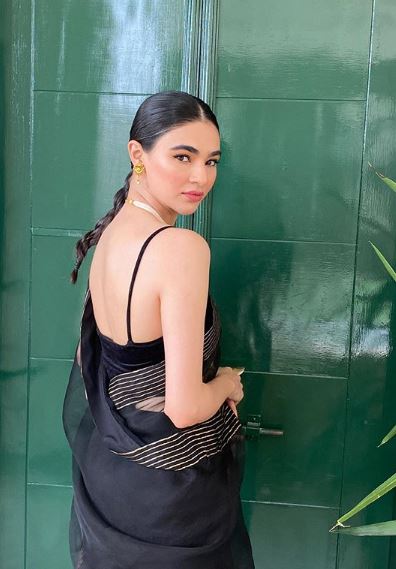 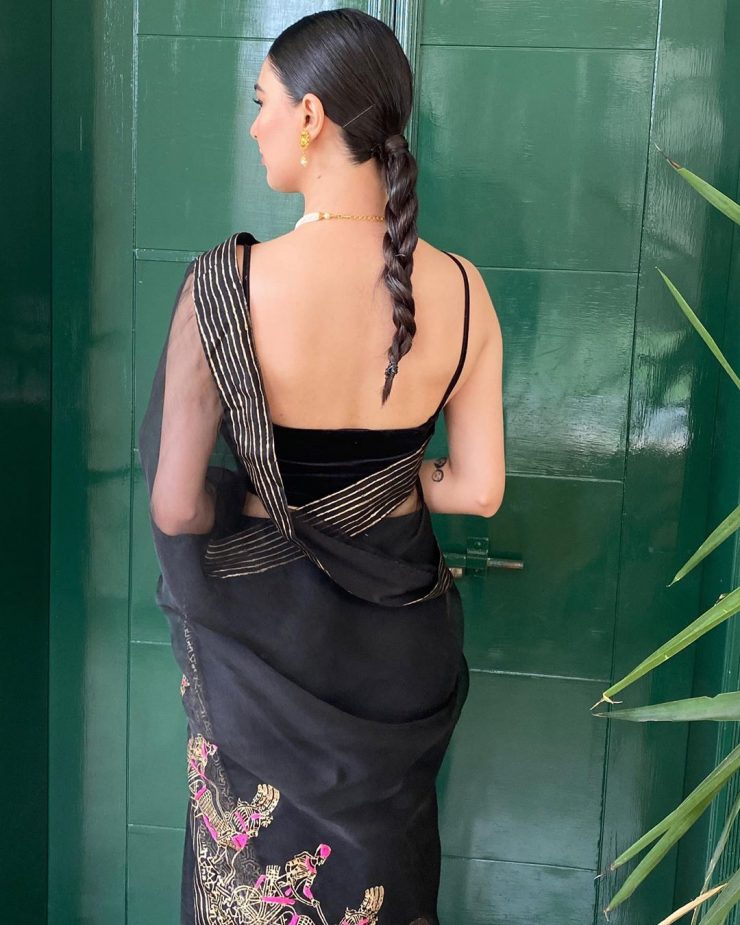 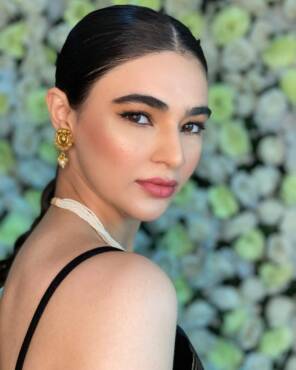 Doesn’t she look super hot? Too hot to handle! She has certainly left us all in her latest look with the sleek hairstyle, and gorgeous black saree.

The actress is a known star of the Pakistan entertainment industry. Having started working as a model, she received immense appreciation for her work. Later, she appeared in numerous TV commercials.

In addition to this, the stunner impressed masses with her acting skills by playing leading roles in drama serials including Teri Meri Kahani and Beti. On the work front, Saheefa Jabbar currently seen in the drama serial Log Kya Kahenge alongside Faysal Qureshi and Ejaz Aslam.

Anyhow, Khattak is known for breaking the societal stereotypes and not giving a damn about what haters have to say. And we love her for that! From her jaw-droppingly beautiful black saree pictures to her unconventional wedding shoot, we love it all. Here’s wishing the couple a happy married life and more such heartwarming memories!