Shehzeen Rahat, a young and talented Pakistani actor began the new chapter of her life this week as she tied the knot with her beau Shoaib Lashari.

Photos and videos of the actor’s marriage are going viral on Instagram in which she is seen signing the marriage certificate.

Rahat started her acting career in 2014 with a comedy serial Cheetay on the channel, Urdu 1. Next year she got the offer of TV serial Piya Mann Bhaye of Geo TV. The young starlet played a supporting role in this serial and got huge praise for her acting.

Rahat has also performed in many successful TV serials such as Jithani’of Hum TV, Ghayal and Main Mehru Hoon, Maryam, and many more. She has portrayed numerous roles in her serials, such as comic, serious, romantic, and positive ones.

The Main Mehru Hoon actor is popular for her innocent expressions and dialogue delivery. She has also appeared on many morning shows. She gradually progressed and made herself a name on the big screen when she got a starring role in the Pakistani horror film Aksbandh in 2016 which met with positive reviews.

Recently, the stunning actor tied the knot, and pictures from the intimate celebration are going viral on social media. The bride can be seen beaming with happiness. Wearing a beautiful red dupatta, Rahat smilingly poses for the camera. Dressed in a white-red graceful dress, the Ghayal actor was spotted signing her Nikkah in the pictures.

Turning to her Instagram handle, Rahat also posted some adorable pictures from her big day.

Let’s take a look at the pictures! 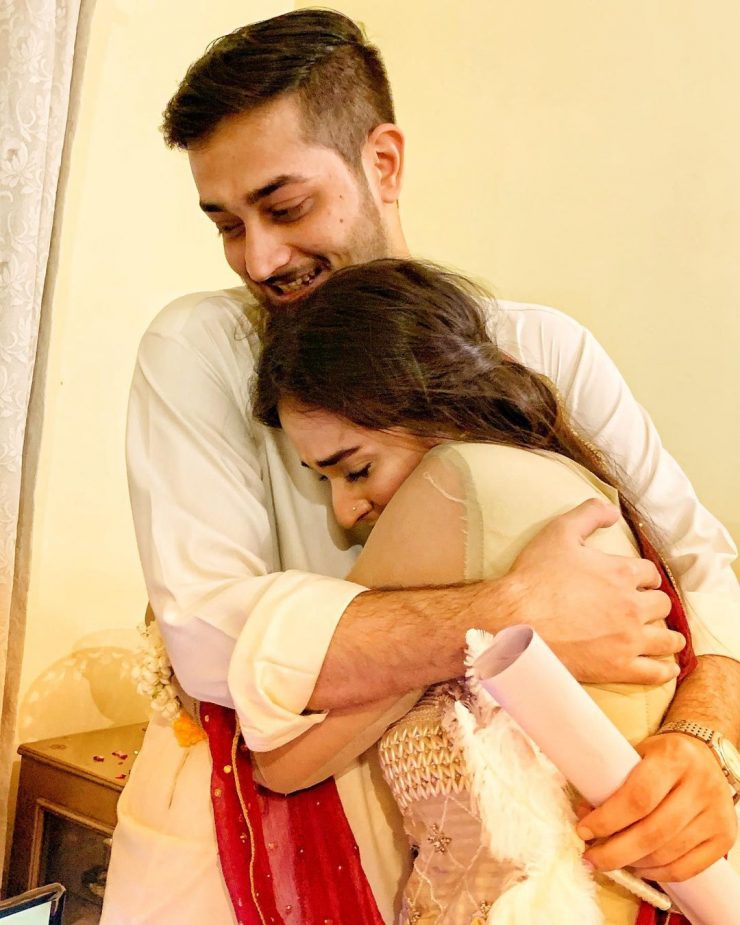 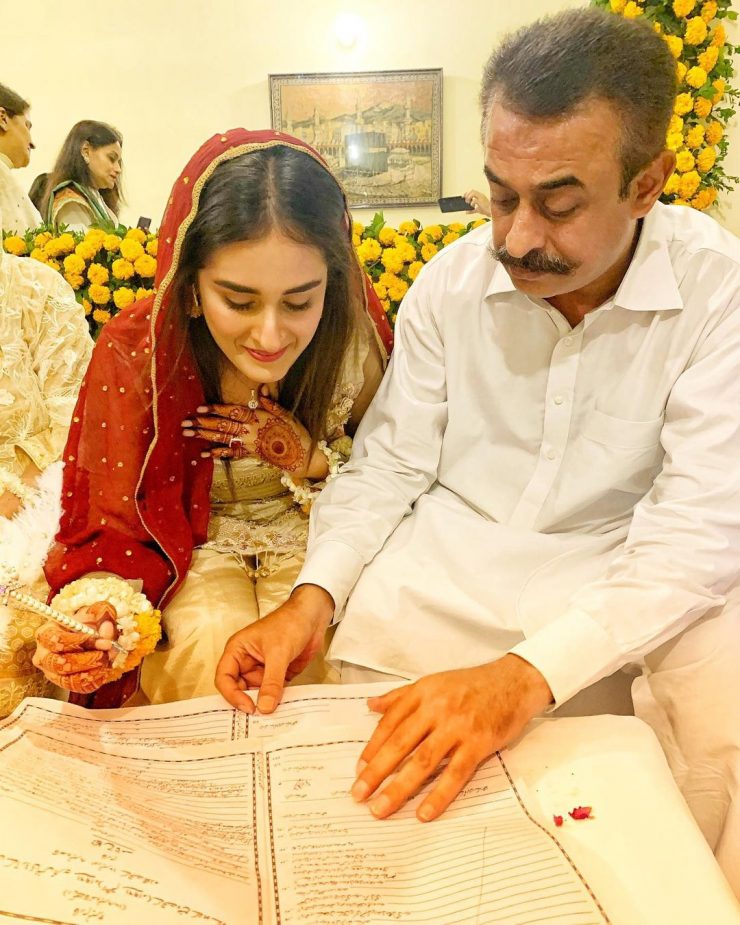 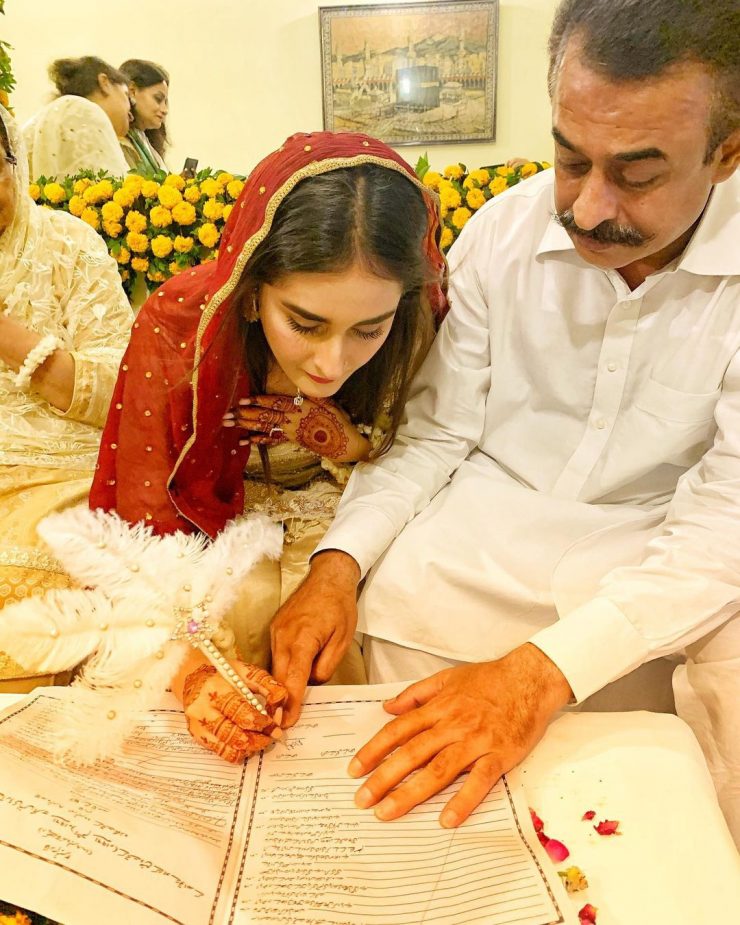 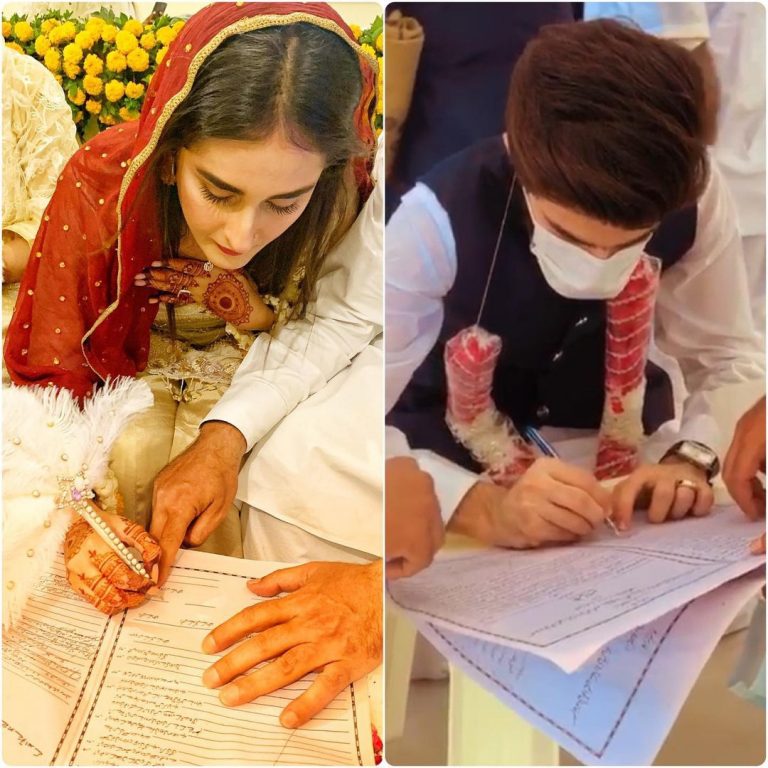 We wish the lovely newly wedded couple all the happiness and best wishes for their future. We cannot wait to see more pictures of Rahat’s big day!

Another actor to recently tying the knot is the heartthrob Usman Mukhtar who broke the hearts of many after announcing the big news. Also, in case you missed out, the famous Jawani Phir Nahi Ani star Sohai Ali Abro also got hitched last month!