Celebrity couple Minal Khan and Ahsan Ikram are certainly taking social media by storm with their chemistry. The lovebirds are to tie the knot on September 10. Looks like the celebrations have already begun with a bridal shower.

Khan and Ikram have previously worked together in the drama serial Parchayee. Earlier, they had sparked dating rumors as they both showered love on each other on social media as well. At first, they did not respond to any hearsay and kept their relationship behind the curtains.

The duo officially got engaged in June, letting the world know they are ready to spend the rest of their lives together. As it appears, both are now ready to tie the knot. Khan and Ikram lately also shared their wedding card, making fans excited for their big day.

Khan took to her Instagram account to share a glimpse of her wedding card that looks simple yet so beautiful. “Alhamdulillah,” read the caption. “Ikram where did you come from achanak [suddenly]? Now you’re staying forever.”

Ikram also shared the invitation card on his Instagram handle. “Alhamdulillah!” he wrote along with the picture. “We’re getting married! Minal I will love you forever and ever and ever till my last breath.” As per the wedding card details, the young couple is to tie the knot on September 10.

The acclaimed actor Aiman Khan hosted a low-key bridal shower event for her twin sister on Thursday. Along with Saboor Aly, Sara Ali, and Kinza Hashmi, a few other friends also joined the bride’s squad in PJs to party hard. While enjoying a PJ party-themed bridal shower, the bride-to-be was all smiles for the camera.

Here’s a sneak peek into the bridal shower: 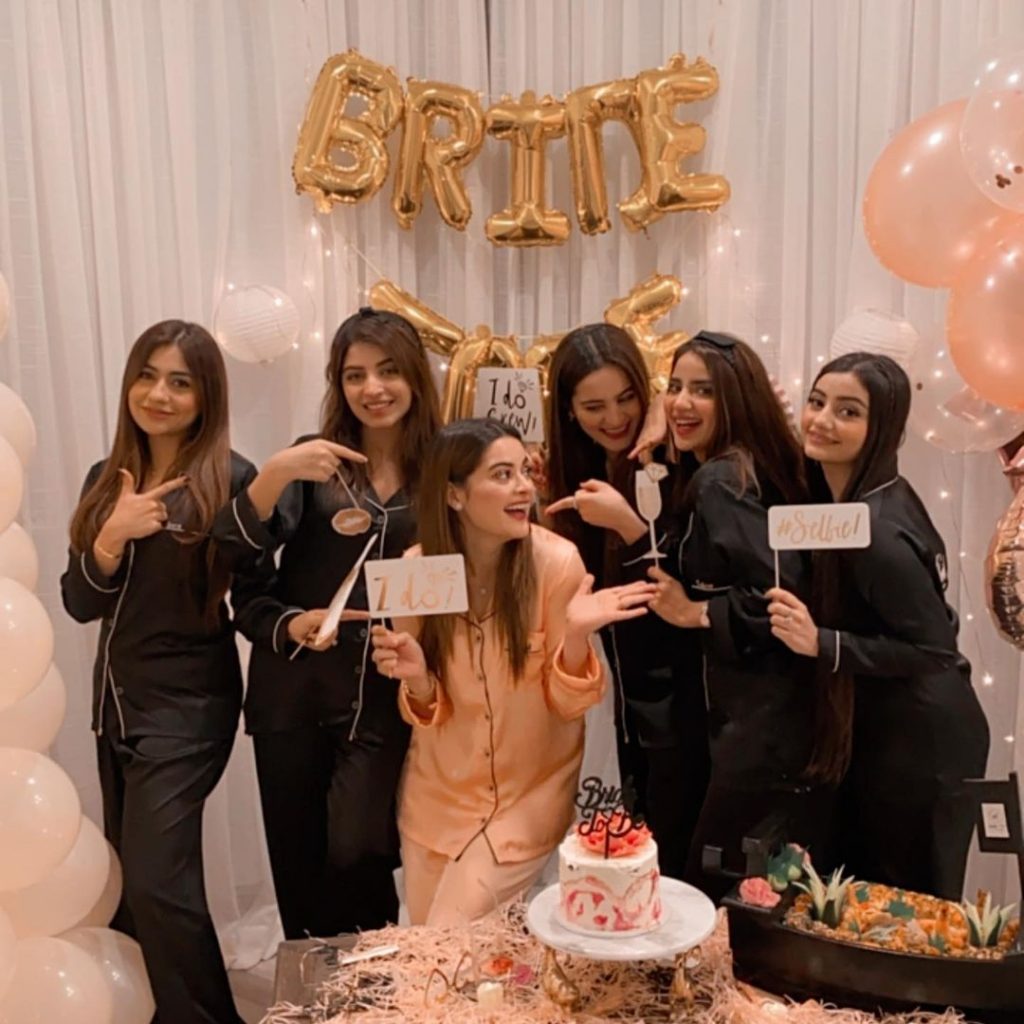 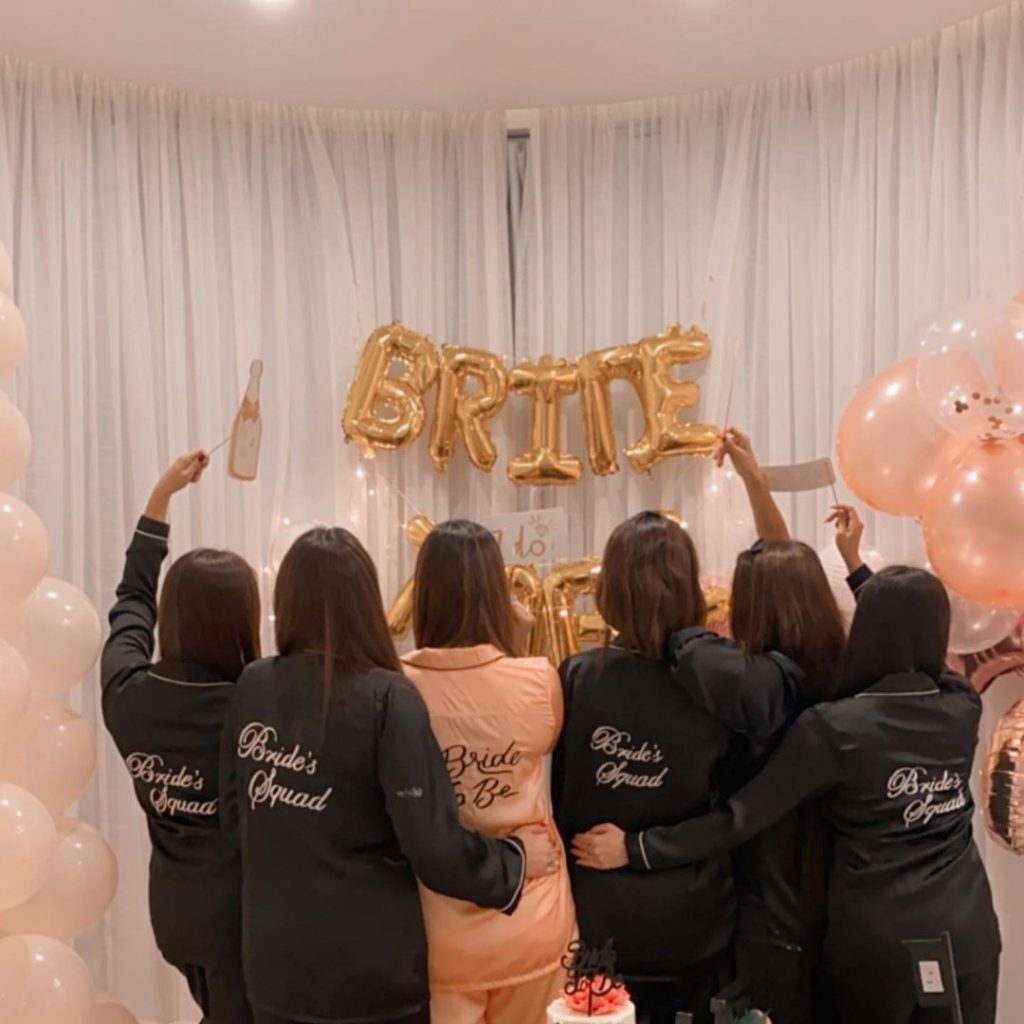 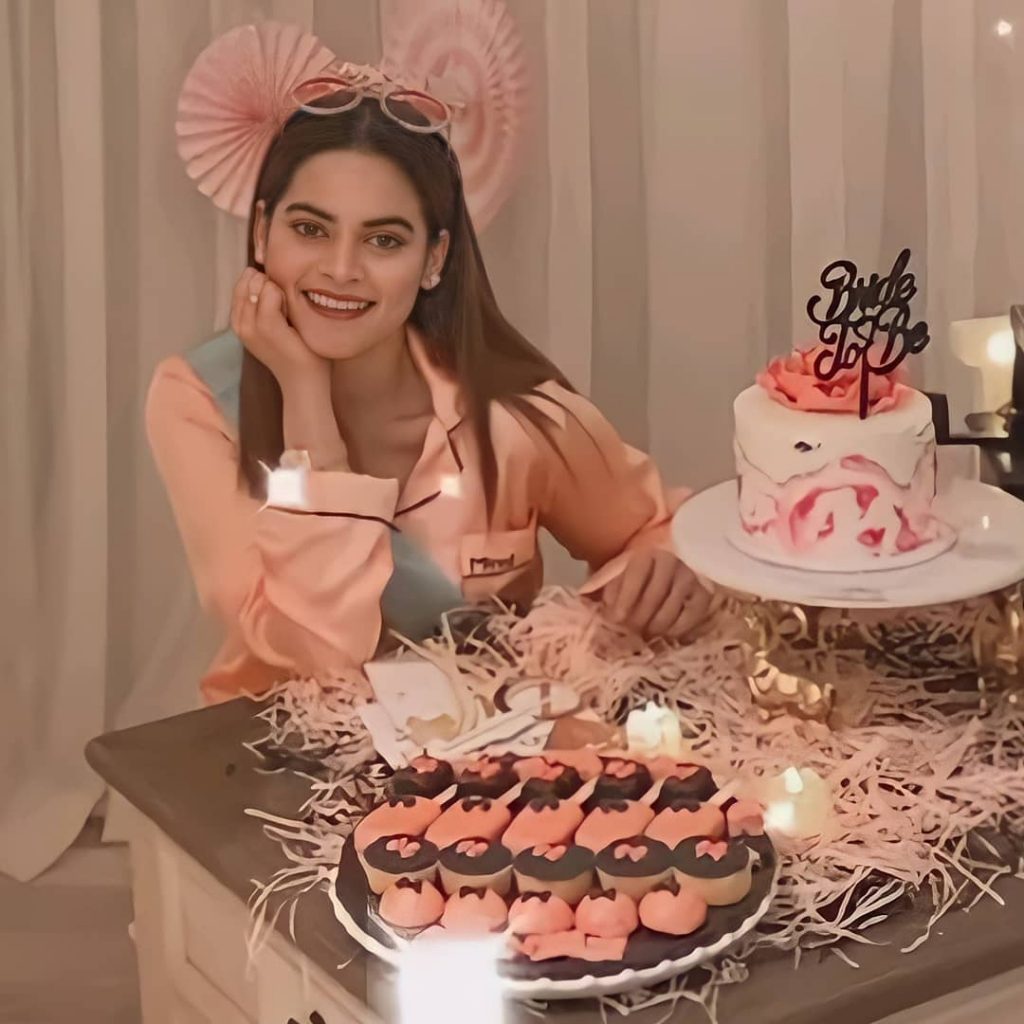 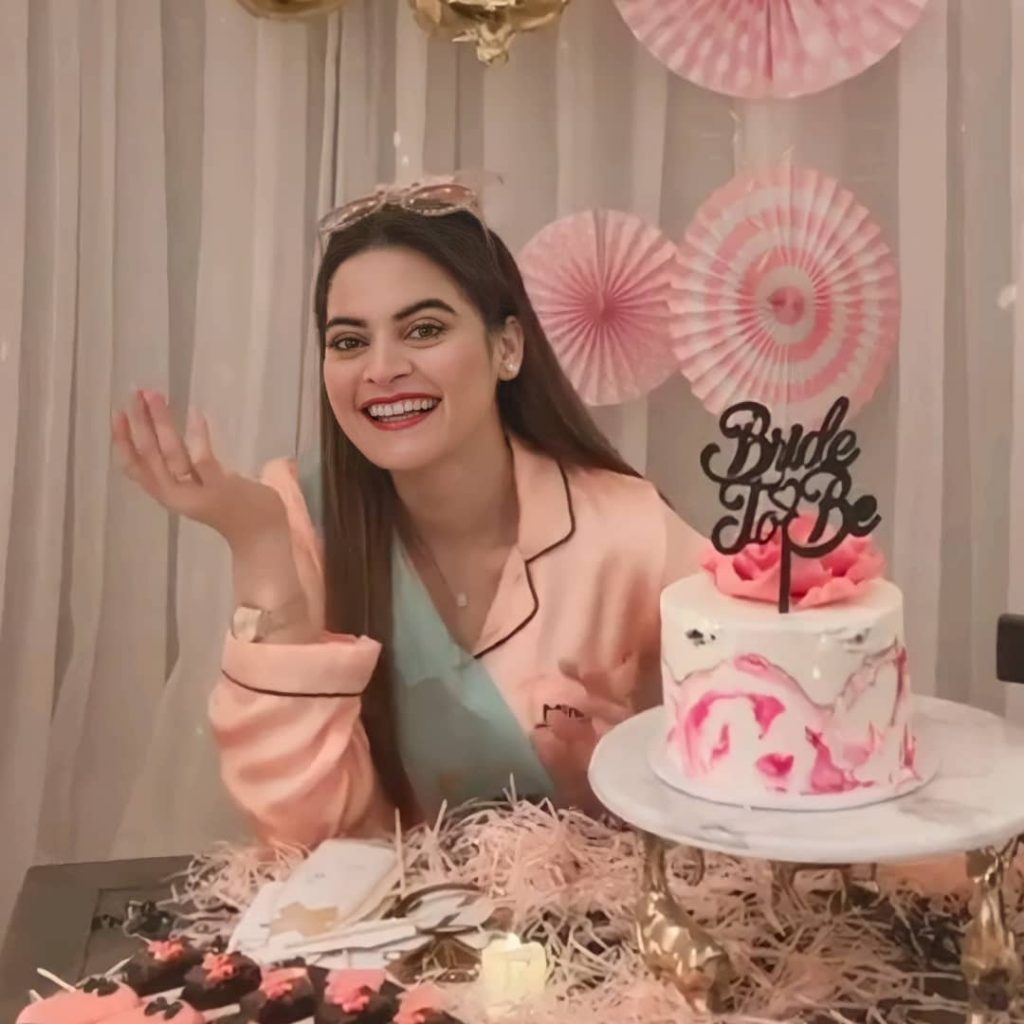 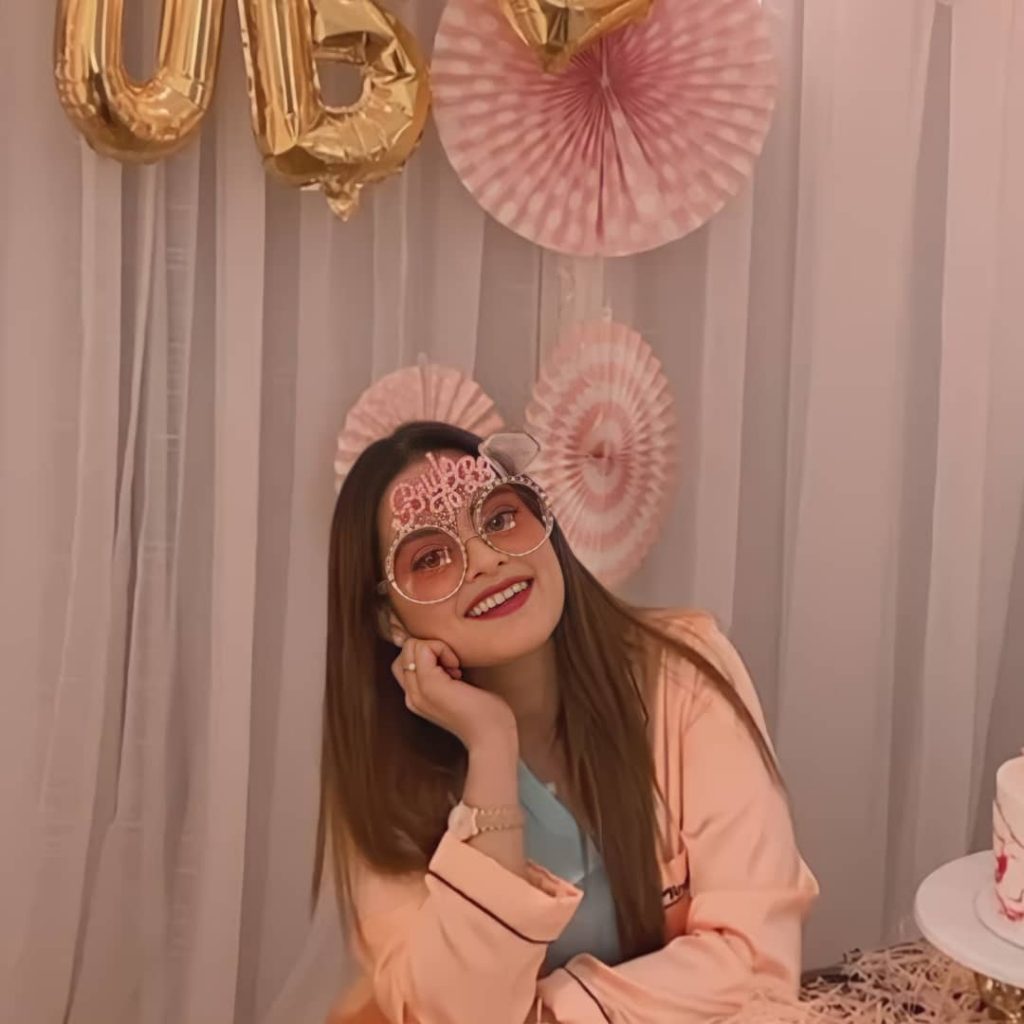 After announcing the wedding date, the couple recently also shared reception invite with fans. Two days after the nikkah ceremony, Khan and Ikram will host their wedding reception for their friends and family.

Soon after the couple shared their big news, fans and celebrities went to extend their love and best wishes for their new beginnings. Many congratulatory messages for the newlywed couple began pouring in the comments section.

Previously, the stars took to social media to give a sneak peek of the engagement ceremony, with Khan initially having teased fans with a picture from their pre-event photoshoot. Soon, the pictures started pouring in, featuring the couple posing with friends and family. The couple was all smiles and looked happy and in love in the photoshoot. Prior to that, they also had their baat pakki event.

Here’s extending our heartiest wishes to the couple, and we can’t wait for their big day to arrive!