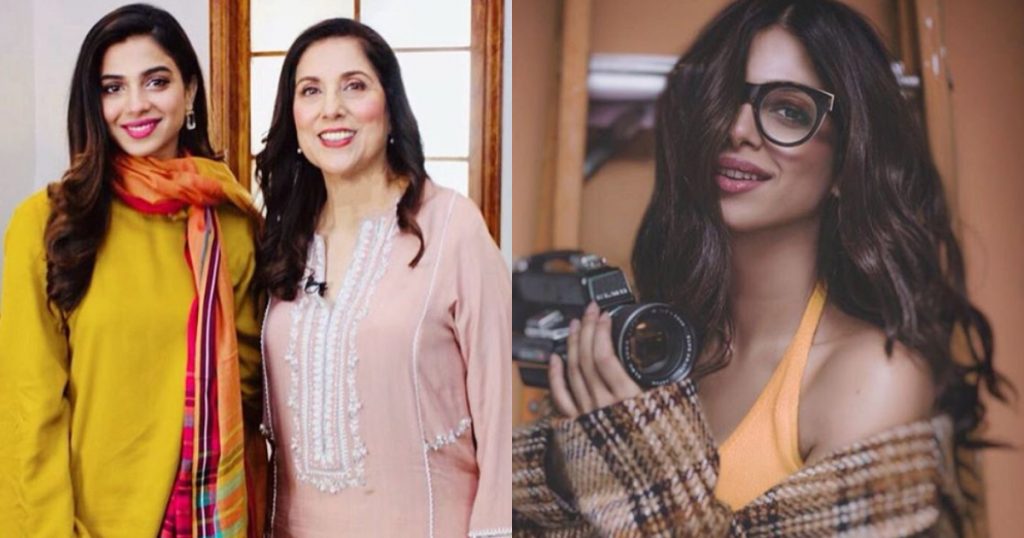 Actress Sonya Hussyn Just The Spilled The Beans About Her Love Life And Family And It Is Heartbreaking!

There’s no doubt that Sonya Hussyn is one the most stylish and well-acclaimed actress of our industry. She has left no stone unturned to achieve her goals and she made her name in the Pakistani cinema. The Azaadi actress keeps shush about her personal life but recently she spilled the beans about her love life in an interview with Samina Peerzada.

The Aisi Hai Tanai actress opened up about her love life and how she was head over heels in love with someone about five years ago from today. She stated, “that feeling can’t ever come back and now that I meet so many men, I don’t feel the same anymore.”

Sonya Hussyn also mentioned that she doesn’t have any time to live her romantic life since her family comes first and unless she fulfills their duties, she doesn’t deem herself fit for another responsibility. She added, “it’s a bad side of mine and I don’t think there’s any point talking about it.”

She also revealed that her father parted ways with her mother which left her heartbroken but eventually she overcame that and accepted the fact that you can’t find another set of parents and cutting ties with them is not the answer. How inspiring is that thought!

Here’s her full interview if you all want to more deets!

Looks like Sonya went through her own hard times that she usually keeps mum about. What do you guys think?

On the professional front, Sonya Hussyn is currently acting in the star-studded drama ‘Aangan.’ The actress has constantly been under the limelight and people just cannot stop gushing her.

Hussyn has done some terrific work in the past and this style diva knows very well how to turn few heads while she walks by. From her terrific features to her fashion sense, Hussyn really takes it up a notch and if you scroll through her Instagram, you’ll be surprised to see that everything suits her. Like she can look as hot as the sun even in some oily hair and an old tank top (like what’s that about?)

A girl like her can land on absolutely anyone she lays a finger on and we really hope that Sonya gets her fairy-tale with the man of her dreams and until then she can go on and inspire more women out there by her success! After watching the above video what was that one thinks which you loved about Hussayn? Do you agree to whatever she says and does? Or would you probably do it differently?

Do give us your feedback about the interview and Sonia’s take on life, what would it be for you? Career or love life? Let us know in the comments section!