Aamir Liaquat And Wife Tuba Displayed Their Love In Public And People Can't Stop Taunting Them For It! 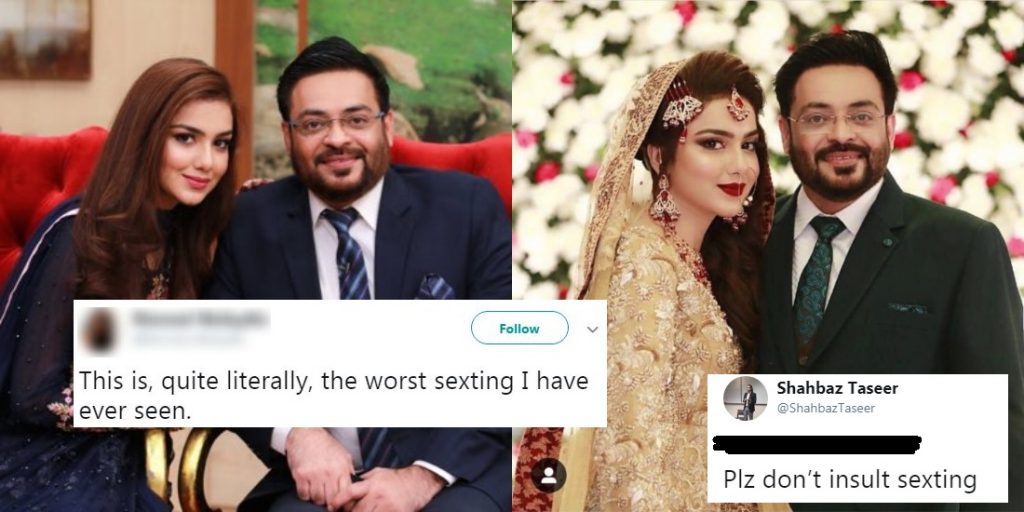 Aamir Liaquat And Wife Tuba Displayed Their Love In Public And People Can’t Stop Taunting Them For It!

When the news of Aamir Liaquat’s second marriage came out, it literally broke the internet. No kidding, we were a part of it. Since then, the word has really gotten out. After our exclusive interview with Syeda Tuba Aamir, Aamir Liaquat’s wife, the couple appeared on a couple of morning shows as well.

It’s an established fact, and people need to accept it. Aamir Liaquat has married again and there is nothing wrong with it. In fact, when the biggest hindrance of decisions, religion, promotes it, who are we to say who married whom and why? 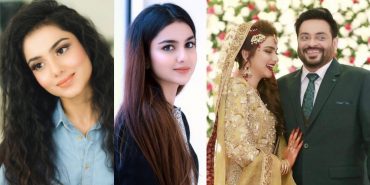 The newly married couple is having the time of their life, with all the attention, especially from their fans. Both Aamir and Tuba have a prominent presence on social media, especially on Twitter.

With countless jokes and memes made on the couple and their conversation, somebody talked about how their exchange of tweets was the ‘worst s*xting they’ve seen’ – and people below the tweet started giving their opinions.

This is, quite literally, the worst sexting I have ever seen. pic.twitter.com/RMDi8pC6TR

The most surprising tweet from the conversation came from Shahbaz Taseer, another prominent figure on Twitter. Taseer, who was taken away for a long time, suffering the toughest ordeal a human can go through, took part in the charade as well.

He went on to comment under the tweet: “Don’t insult s*xting”, and then started questioning Syeda Tuba Aamir’s ‘sanity’ for referring to Aamir Liaquat as ‘panther’. Is a newly married couple now not allowed to call each other with nicknames? Or do they need the approval of the masses for that?

It’s not really about Aamir Liaquat or Syeda Tuba Aamir, Shahbaz Taseer or anyone else. We know that over the years, Aamir Liaquat has produced some of the most unorthodox content for publicity, but to drag him around for his personal life is hitting below the belt.

Some found the couple’s conversation ‘cringeworthy’, while others wrote that they wanted to ‘puke’ – however, things would be very different if they spoke the same way with their own partners. A lady in a very famous video in the US once said, “Leave Britany Alone!” – the same, today, goes for Aamir Liaquat and his wife in Pakistan.