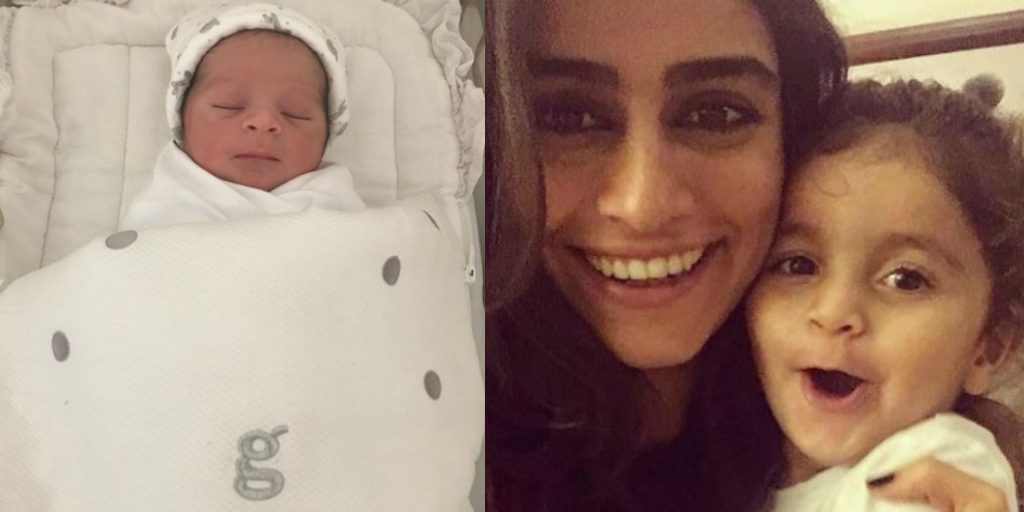 Alishba Yousuf Welcomes Baby #2 To Her Family And This Time, It’s A….

There’s something in their eyes that makes you love them. Those giggles, small clothes, the smell of baby powder, random goo-goos and gagas. For these little munchkins, it’s enough to just be cute, because nothing grabs peoples attention as quick as seeing a mushy tubby lying in a cot. Recently, famous model and actress, Alishba Yousuf gave birth to a baby boy and now it’s the most favorite child of everyone.

HE HAS LANDED ON EARTH

Fantastic start to the day!! son and mom ? #mashallah

The actress got married in 2009 on February 12th to Rayyan Durrani who is a professional chef. Some might recognize him from the show MasterChef Pakistan where he stunned everyone by his amazing cooking skills. Alishba might not have done a lot of work, but all that she has to her credit is definitely worth it. Living a happy and healthy life the couple welcomed their first child which was a daughter in 2015. They named her Ilyana.

Today, they announced yet another good news by uploading a picture of their baby boy. Minutes, after this news got to social media, everyone started congratulating the couple. Plus, no one till now, has been able to get over how cute their little dumpling is. Being excited about the adorable addition to the family, Syra Yousuf and Palwasha Yousuf also paid a visit. Their pictures clearly show how happy they are while holding the small darling in their arms.

Our very own first G of the family. You are love and so much more ?congratulations @rayyandurrani and @alishbay ?

The very first question that many kept asking the couple was regarding the name of the child. Many speculated that it would start with the letter “G” as it was written on the baby boy’s sleeping bag while the others thought that it might stand for the word “Gangster” as he is the very first boy of the family. However, everyone’s curiosity came to end when Khala Palwasha, revealed the name of the newborn as she uploaded his picture to her official Instagram account. The caption was: “20-02-18 – Baby Nadal, welcome to this world !”

Looking at the past, almost every celebrity child has ended up in the industry, not because of nepotism. But because of the talented genes that run in their veins. The newly born is already blessed with the best as both the paternal and maternal sides have uttermost talent. In the upcoming years, he might also be seen in the industry or be cooking yummilicious food. Well, whatever he chooses he will still be famous because of his cuteness that’s overloading. If you liked the article then like, share and comment down below to give us your feedback.