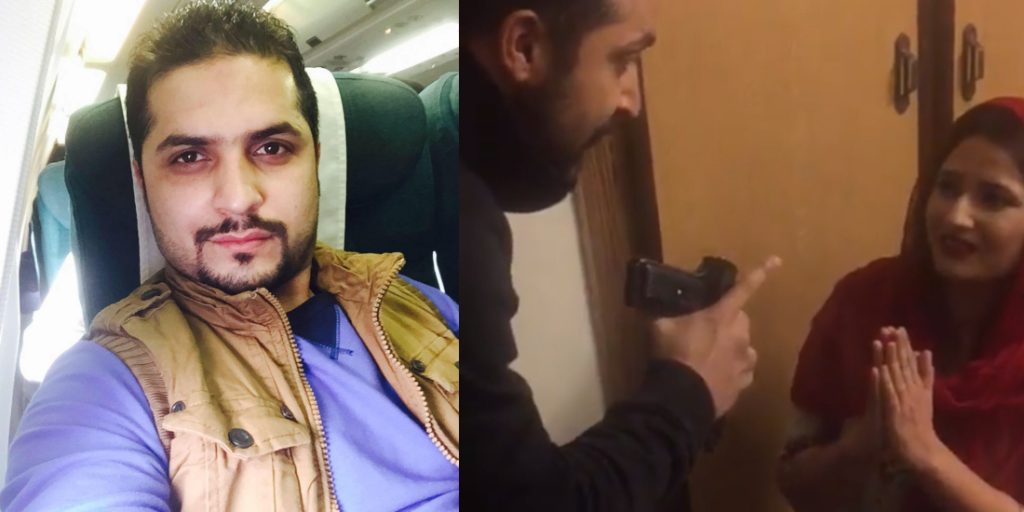 The power in our country is exploited at all possible levels. And clearly, power comes with money. And who really keeps a check from where are these wealthiest of all are getting all the money! Be it white of black, whoever has the most dollars get the power, and it has been the practice since inception.

The public blames the politicians for hoarding all the money of the poor and live the life a king. While there are others who do not belong to politicians or the governors but still has accounts loaded with cash, whatever their resource be but some of these people quite literally exploit their resources. We often see such people doing crimes and they very easily get away with it knowing the fact that they sure have ways to get out of trouble.

Wasif Abbasi is sure of those people who knows how to get away with trouble, whenever he makes some noise!

Wasif Abbasi has many FIR lodged against him and still roams free. Since no one had enough proof of what he has been doing, this video cleared enough smoke from the scene!

He accused the woman, as to why she abused him. But in return, he abused her and hits her in the stomach!

So far, the response from different people are that there are some elements those who are involved in abduction, kidnapping, killing, distribution of drugs, torture and other criminal activities. Their names are. Wasif Abasi,Naseer (honny killer), Waqas (qasi tiger)Abu Bakar(302 )those are doing these activities in twin cities Rwp & Islamabad under the name of an organisation called Tiger Student Federation (TSF).In recent times the accused name Abu Bakar khan and Waqas Aziz attacked on a lawyer in Islamabad who suffered serious injuries and these two persons are nominated and FIR no 318/18 has been registered against them.(still no action taken against them after registration of FIR) Furthermore this message is particularly in regarding the video in which it is clearly shown that the person named Wasif Abbasi residence at 6th road rawalpindi also a runing mobile shop at umair plaza Rawalpindi is torturing the innocent girl which is totally inhuman, and against the human dignity.

Wasif having the weapon in his hand threatened the woman. He is also accused of having threanted a lawyer. There are many FIRs lodged against him but he roams free!

He even said that the woman in the video is an adulterer and she owes him 20 lakh rupees! He appealed to Imran Khan and Chief Justice of Pakistan to take action against it. He said the video is fake and it is an attempt to defame him!

How will the court decide if the previous video of him is actually true or a scam!

BBC has released the list of its 100 most influential women of 2020. And Pakistani celebrity Mahira Khan, and the ...