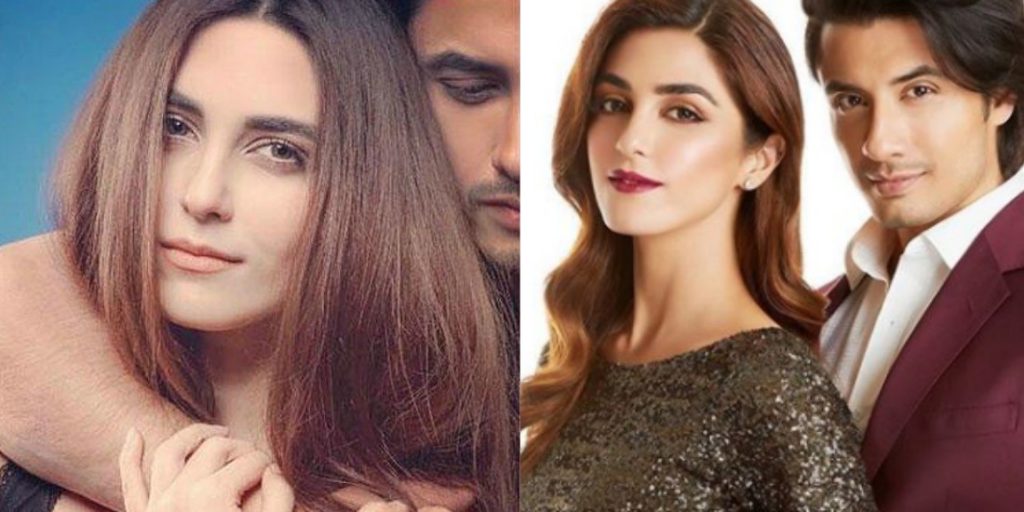 The sheer power of social media has made people more assertive in many ways possible. In last decade social media has taught us to that every common human has a voice as powerful as any celebrity. We all saw how in last 6 months the #MeToo campaign voiced women’s experiences with sexual harassment, violence, abuse at home, work or in public. These were non-stop confessions of women on social media and not just common women but many celebrities came out as well.

And men supported all these women who came out in public to talked about there experiences. The recent Me Too confession that shook the internet was Meesha Shafi’s. A prominent singer and actor, who has a great career and is seen the most empowered woman. Meesha wrote a note on her Twitter account and confessed that she was sexually harassed by Ali Zafar on multiple accounts. Not to mention that a big chunk of people was shocked! But there were many who supported Ali Zafar as well.

Here’s what she has to say!

Sharing this because I believe that by speaking out about my own experience of sexual harassment, I will break the culture of silence that permeates through our society. It is not easy to speak out.. but it is harder to stay silent. My conscience will not allow it anymore #MeToo pic.twitter.com/iwex7e1NLZ

After few hours of Meesha’s confession, Ali too came out in public and wrote a note where he denied all the claims. Plus he did say he wants to solve this matter as professionally as possible.

He said that these false allegations, in turn, is disrespecting the movement of Me Too

We all know “Teefa” is Ali Zafar’s upcoming movie where he’s sharing the screen with Maya Ali and they both are working together for last 2 years.

I’m not here to say who is wrong and who is right or who did what and who didn’t… Let’s say, I haven’t known him for long, but I have been working with him since 1 year, we shot our film in Lahore and then we were all together in Poland to shoot the rest of the film and I never ever got any kind of that vibe from him… I always found him talking to his wife and kids on FaceTime and this made me a fan of him, because he would always share his good and bad moments with his wife and family… When we were on set or in any restaurant with the whole team he would always make sure that he was sharing these moments with her… I am not judging anyone nor giving any clarification on anyone’s behalf, and we can’t judge the one side of a book… I respect this man @ali_zafar and want the truth to come out, until then we shouldn’t judge anyone’s character…????

But some are supporting Meesha on her confession!

What is the definition of false? How many of us have evidences of physical abuse and molestations happen to us? Do we roam around with camerasto record all of this? What benefit women get while coming out with these allegations? Victim blaming, slut shaming, risking carriers?

I have decided to get a GoPro embedded in my skull, so every instance of catcalling, ogling and harassment is documented for 'evidence' #IBelieveYou #MeeshaShafi

Women without evidence are not trusted

An ijtimai lanat for people asking for evidence of sexual harassment. Do you think women would take pictures of men groping them? Do you even know the trauma you get struck with at that time? This is why women don't speak up! #MeeshaShafi #Metoo

What do you guys think of this act? Which side do you belong to? Tell us your stance in the comments below and let us know! Cheers. 🙂

Bushra Ansari Opens Up About Her Divorce On Ahsan Khan’s Show!

Celebrity weddings and gossips have always been an entertaining part for the masses, but ending relations sure hurt. Recently, Pakistan’s ...

Syra Shehroz Fires Up The Dance Floor With Sister Palwasha!

Actress Syra Shehroz was seen in a video dancing at a wedding along with her sister Palwasha Yousuf. The video ...