Objectification of Women: Here's What Islam Says About The Status Of Women 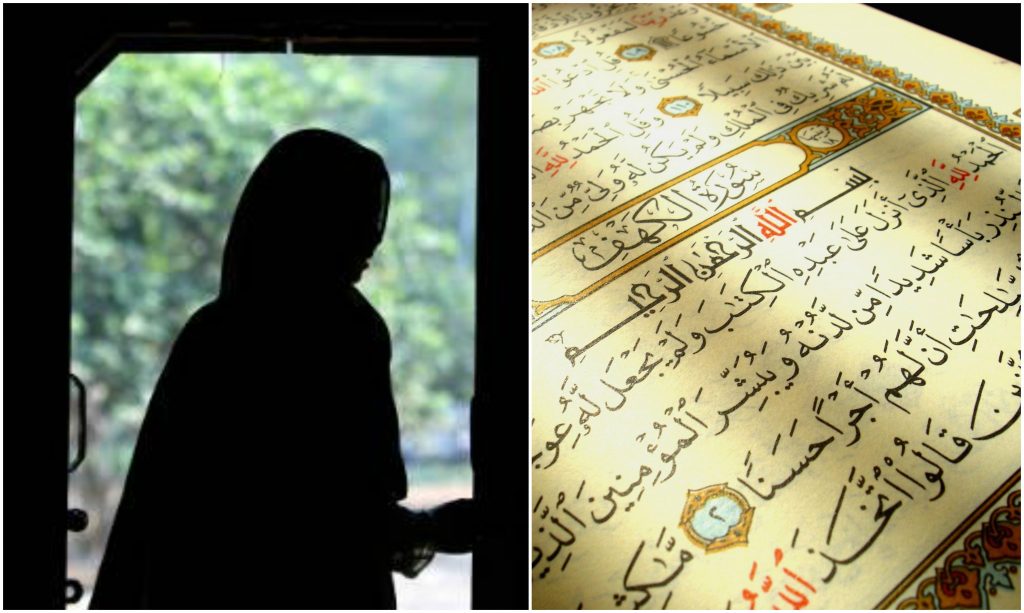 Objectification of Women: Here’s What Islam Says About The Status Of Women

Despite living in the 21st century, we still classify women as objects from which people can seek pleasure. Often people link this image of women to Islam, claiming that Islam indeed supports this but as far as I know this was the thinking of the people belonging to the era of ignorance. Islam has cancelled all the pre-Islamic allegations of women coming after men in the fields of human concepts, principles, sanctity of soul, honor, property, and gain of the afterlife rewarding.

With the rise of Islam, an everlasting constitution befitting the intellects which escort humankind all over ages was issued. One of the reforms of that constitution was rectifying and rehabilitating the values associated with women, by granting them all their material and moral rights in a wise, moderate style away from negligence and exaggeration.

But now it seems as if history is repeating itself. As if the era of ignorance is back amongst the Muslims. Someone once said: “If you want to know how good a nation is, look at how they treat their women.” I agree with this statement because as they say – women are the half of humanity if you can’t treat them fairly then what good can be expected from you? And judging by the everyday norms of criticizing, abuse, objection, of our women, have to face – we are undoubtedly not the best of nations.

Islam doesn’t teach its believers to oppress women, it teaches them to respect women and if anyone is oppressing women, they are certainly not following Islam. The woman was made from the rib of a man; she was not created from his head to top him, neither from his foot to be stepped upon. She was made from his side to be close to him, from beneath his arm to be protected by him, and near his heart to be loved by him.

Similarly, I’ve seen parents forbidding their daughters from studying. A concept is laid down in front of them that education is just for men because they have to run the house, that a girl’s only goal should be to get married, then to do household chores and work on giving birth to babies. I am not saying that a girl shouldn’t get married; all I’m saying is that she shouldn’t be prohibited from acquiring an education because of this.

And the best example I can give you is of Hazrat Khadija (R.A) who was the wife of our beloved Prophet (P.B.U.H). She was one of the most successful business women of her times and she did the transaction through her husband, Prophet Muhammad (P.B.U.H).

Let’s come to another capacity of women i.e. a wife. A wife is required to fulfill her obligations as a wife but what about her rights? I’ve seen many housewives working day and night tirelessly, but to some – she’s not working, she’s just a housewife.

Today people think that women are liberated in the west and that the women’s liberation movement began in the 20th century. In 1870, over 144 years ago, the Parliament of the United Kingdom issued the “Married Women’s Property Act”, finally allowing women to be the legal owners of their money and inheritance but 1400 years ago, Allah and His Messenger Prophet Muhammad (P.B.U.H) liberated women and gave women the right to keep their own money and inheritance. As it is confirmed in Surah Nisa: “Male and female are entitled to their legal share in the legacy of their parents and relatives, whether it is small or large.” (4:7)

Mother – a person who’d go through anything just to see her child happy, who suffers from so much pain just to bring her child into this world, and then when SHE is old and needs help, how is she treated? By being dropped off at an old-age home. That’s how we treat our mothers.

The way we talk to her – by shouting, taunting, criticizing – can we ever even think of talking to our fathers like that? A person who has a right over you three times more than your father does, a person who loves you selflessly, who’d leave everything behind just for YOU, is often tantalizing to see her children’s face, but HER CHILDREN? Her children couldn’t care less.

Regarding the modesty of women, some people say it’s not about the dressing, it’s about the mentality, and some say that it’s not about the mentality, it’s about the dressing. Actually, it’s about both. Men should their mentality into consideration and women should take their dressing. At the end of the day, it’s not about the fact that someone’s dressing is provocative, it’s about righteousness. If a man sees a woman wearing a provocative dress, he should do the right thing and lower his gaze because obviously at the time of the Holy Prophet (P.B.U.H) when the verses commanding women to cover themselves and men to lower their gazes, were revealed, there would’ve been many non-Muslim women supporting inappropriate attires but obviously the Prophet (P.B.U.H) and the believers wouldn’t have stared at them. They would’ve just done the RIGHT THING and lower their gazes.

Women are stared at even if they are fully covered. Here comes the mentality of the men of our society which has to be corrected but after experiencing this, women shouldn’t feel demotivated, they should do the right thing and guard their modesty.

And to those who have misconceptions regarding the status of women in Islam then let me tell you – Islam grants women a high rank in all her capacities i.e. when she is a Daughter, she opens the Gates of Paradise for her father. When she is a Wife, she completes Half the Faith of her husband. And when she is a Mother, the Paradise of her children lies Under her Feet.