Congratulations are in order for the former Pakistani model and film actress Jia Ali who just tied the knot on Thursday with Hong Kong-based Pakistani businessman Imran Idrees.

While Ali started off her career as a model and went on to gain significant success in the modeling field, she is also known for her acting. She gained widespread recognition for her role in Syed Noor’s 1997 flick Deewane Tere Pyaar Ke. She starred alongside actor Moammar Rana. Ali has acted in various television dramas as well, including Kaaghaz Kay Phool, and Manzilain.

The 48-year-old star tied the knot at an intimate ceremony at Lahore’s Badshahi Mosque. The event was attended by family and close friends. Her husband Imran Idrees is a businessman as well as a cricket coach. Before marrying each other, the two were friends for a very long time.

Besides being a businessman, Idress is a professional cricket coach and he has coached many teams of the world, including the Hong Kong national cricket team. In addition to this, he is closely associated with the ruling Pakistan Tehreek-e-Insaf (PTI). He played a key role in mobilizing the PTI in East Asian Pacific countries.

On her big day, the Kabhi Kabhi Pyar Mein actor wore a gold and white gharara suit with a pink embroidered dupatta and paired her outfit with heavy gold jewelry. On the other hand, Idrees chose a sherwani for the occasion.

The photos from the couple’s nikkah have gone viral. 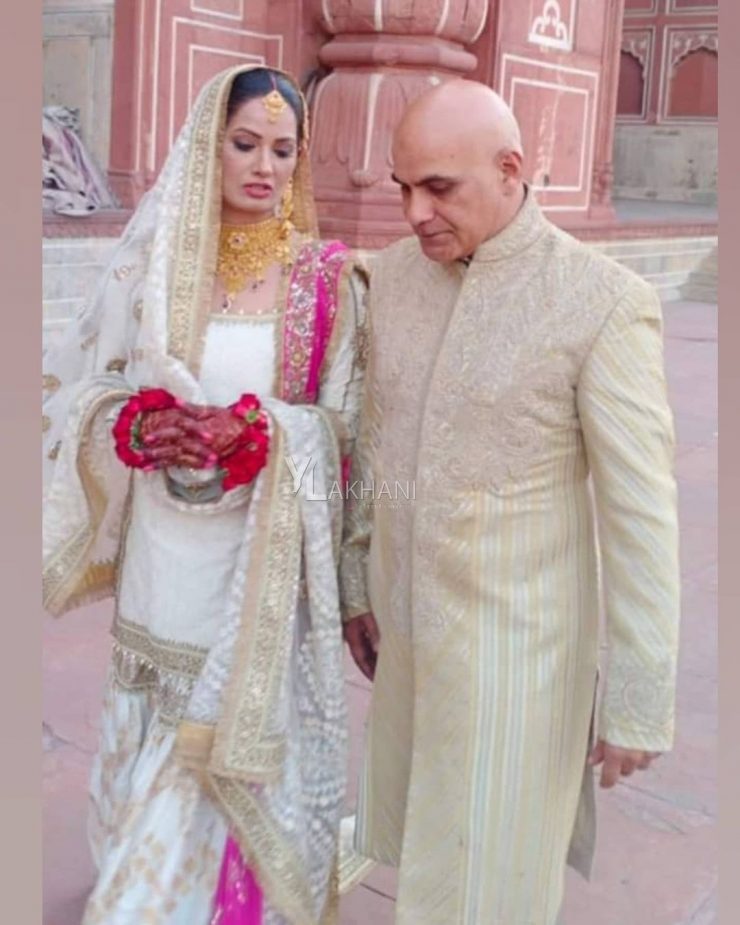 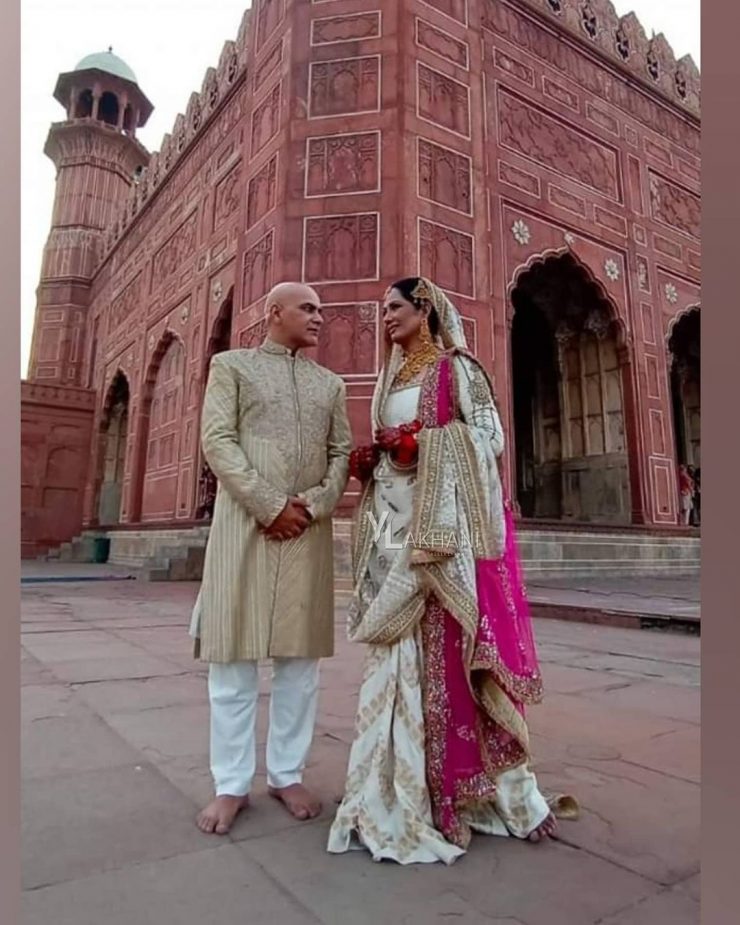 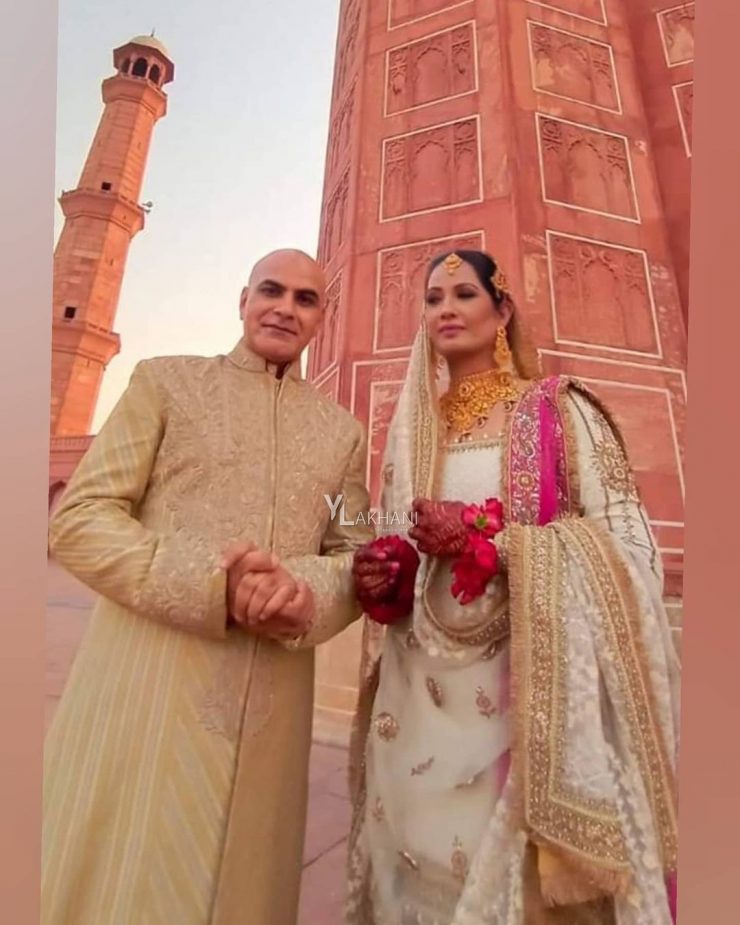 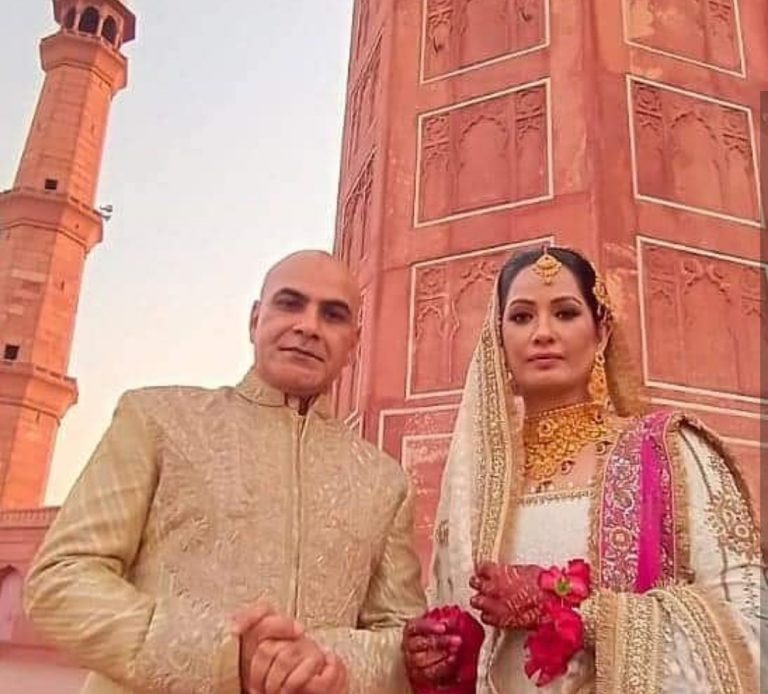 We wish the lovely newly wedded couple all the happiness and best wishes for their future. We cannot wait to see more pictures of Ali’s big day!

Recently in April, the young talented actor Shehzeen Rahat also began the new chapter of her life as she married the love of her life. Photos and videos of her wedding ceremony went viral on social media.

Another actor to tied the knot last week is the television, film, and theatre actress Ghana Ali who looked no less than a fairy as a bride. The Sangdil star shared a few blissful moments from her nikkah ceremony. However, soon after her wedding pictures surfaced on social media, the actor came under fire for marrying a filthy rich man who is already married and a father.