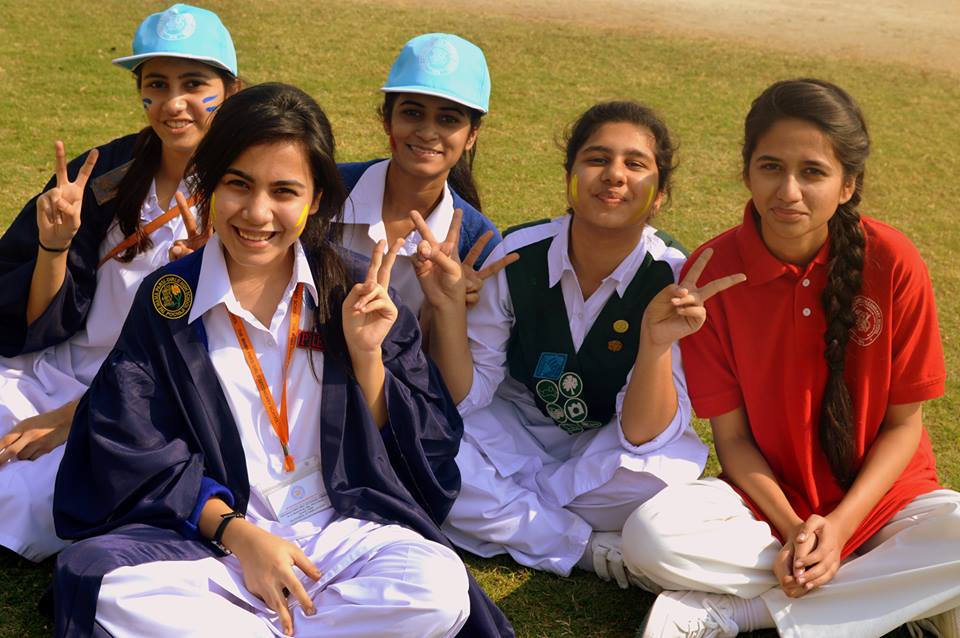 Even though it’s 2018, the profound rarity of women in business continues to intrigue me. On a somewhat pleasant afternoon, I sat down with an eighteen-year-old woman to learn how she managed to start a business as an independent artist and consequently overlooked the processes alongside academic load.

Ink Blot is an indie art brand run by Neeha Rashid where made to order items are hand painted for clients in Pakistan and the Middle East.

“27th April 2017, my father had a paralysis attack, people say you begin to hate the hospital smell, but after being there for over a month, I instead became accustomed to it,” says Neeha as she recalls the inception of her brand. “I knew something had to be done, both in terms of emotional and financial support for my own self and my family, that’s what led to Ink Blot ─ a name coined out of sheer anxiety and stress.”

“I have forever been a creative soul and a stationary fanatic, so art wasn’t something new to me with Ink Blot. My first ever painting with Ink Blot will always be the closest to me, no matter the imperfections and flaws it possesses, it was made with extremely conflicting emotions and continues to remind me of what made Ink Blot grow,” she added.

From generating an audience to managing logistics, Neeha concludes that at this point in time, it only takes genuine intent to start and maintain a business as there are several tools and services readily available which help curb the difficulties that come with entrepreneurship. Ink Blot started off with calligraphies and abstracts on canvas, “This one time while strolling down my news feed I saw printed shoes and thought why not paint these,” Neeha recollects how she started painting khussas and why she feels they make the perfect blend of culture and fashion.

As Neeha attempts to bridge the gap between historically and geographically distinct cultures, Ink Blot’s customizable khussas fuse pop cultural elements with a piece of footwear that has been around for centuries. Similarly, her brand’s first clothing line combines western tops with hand painted block prints that showcase regional art.

“When my art was just confined to me, it could be anything from the best of my works to what I drew when I had to vent out. But when it’s meant for everyone it has to be very specific,” Neeha comments on the transition from painting as a hobby to interpreting and meeting the requirements of her clients. “From the outlook to the interpretation of it, you need to make sure it doesn’t offend or favor the sentiments of a particular segment,” she adds.

In just under a year, Neeha has managed to expand Ink Blot’s product line from calligraphies to footwear and now hopes to tap into the relatively competitive pret arena.

“As much as the made to order approach gives the ‘that’s going to be a hard vibe,’ it’s actually the part I enjoy the most.” Albeit the limitations of a canvas that is of the size of a khussa, Neeha tells me customizing to clients’ needs isn’t as difficult as it might sound. “Partly because everyone has their whacky ideas and interests sometimes even better than what I have in mind,” she reckons.

In a bid to provide an alternative to the limitations of khussa’s relatively small canvas, next in line at Ink Blot is painted moccasins. In addition to expanding merchandise, much to the credit of more convenient and affordable logistical service providers, Ink Blot now caters to orders from the Middle East on top of local sales.

Currently, Ink Blot prices its products well below the market average for hand painted merchandise. While customizable khussas sold online can cost up to Rs.5000, Ink Blot offers them with the choice of two finishes, i.e., metallic or pure leather that retail for Rs.800-1200 and 1800-2000 respectively. Similarly, leather moccasins carry a price tag in the range of Rs.1800-2000. While for customers in the UAE, khussas are available for AED 85 which includes shipping and customs.

Neeha admits finding it hard to target her paintings to the right market since those who collect paintings prefer to buy them from galleries which is a different segment altogether. Regardless, starting at Rs.4000, Ink Blot’s made to order paintings can go all the way up to Rs.15000 depending on the size.

Neeha owes much of Ink Blot’s success to networking; she believes, “Connecting with like-minded people for the right reasons goes a long way.” Speaking of support, in only Ink Blot’s second month, Neeha got in touch with Varah Musavir, an established independent artist who runs the indie art brand, Firefly.

Along with her brand, Varah also formed a community of crafters known as ‘The Crafter’s Guild ‘ to help budding independent artists find genuine support for their work. The Crafter’s Guild organizes multiple events throughout the year to showcase local artists. Indie Art and Craft Show was the event that gave Ink Blot its first exhibit in July last year.

Similarly, Neeha recalls that when it came to generating an audience, influencer marketing was more effective than paid marketing solutions like Instagram Promotions. While it is hard to set yourself apart from the myriad of fake Instagrammers and pretend influencers, you still end up finding original people and the right portals that recognize and promote your work. At the point of writing, Ink Blot has been featured on the Instagram handles of both Paparazzi Magazine and actor, Arij Fatyma.

Speaking of future prospects, Neeha currently finds expansion as too big of a step since her merchandise is made to order that targets an audience which encourages indie products. So at this point next on her list is an online marketplace for Ink Blot.

Besides Ink Blot, Neeha is an A-Levels student at Nixor College who has recently been accepted to New York University’s Shanghai Campus with $35000 in annual scholarship. She was also part of the team that won the highly competitive Lahore University of Management Sciences: Young Leaders’ and Entrepreneurs’ Summit 2018 (LUMS YLES’18). On top of that, Neeha is also the Chief Marketing Officer of one of Nixor Corporate’s largest student-run entities, Nixor Financial Services.

I asked Neeha to reflect on her experience running a business because, in the midst of A Levels’ rigorous curriculum and university applications, aspiring teen entrepreneurs and independent artists often find it hard to strike a balance between work, study, and life.

“I don’t really think balancing academics with Ink Blot has ever been an issue, either because of college’s curriculum or just because things happen when you believe they will,” says Neeha in response. “Although I do feel family time and social life gets a little compromised, then again, you can’t have the cake and eat it (too).”

Neeha believes an incident that adversely affects you, or someone close can either hold you back or act as a trigger point for something that could carve your way to stability. It’s the will that matters. She adds that at the end of the day, “opportunities don’t present themselves unless we are done looking for excuses.”