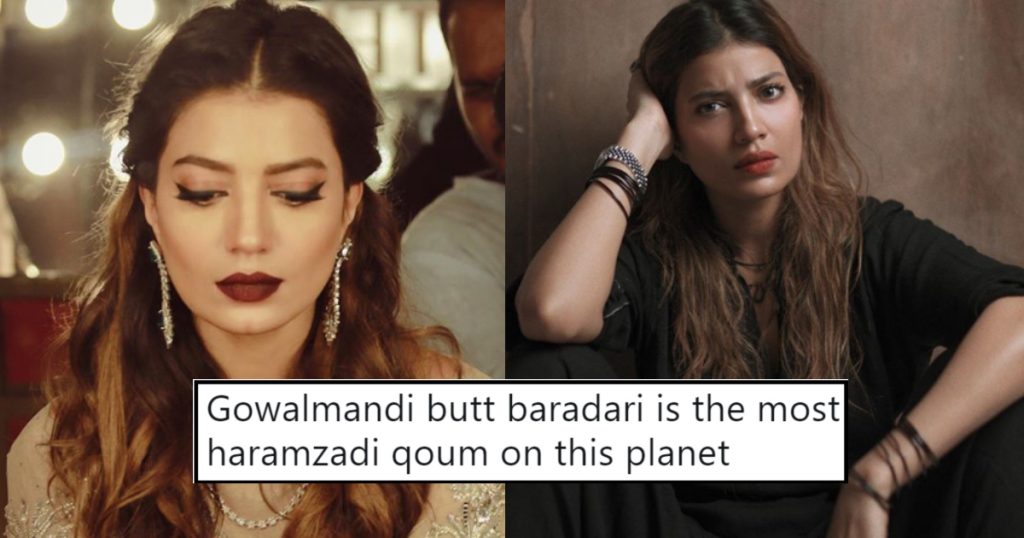 Rabia Butt Just Gave This Troll Who Maligned Her Family Name A Shut-Up Call And She’s An Absolute Savage!

If you are an avid social media user, chances are you have been trolled online on more than one occasion. Likewise, celebrities can also not always escape online bullying or hurtful comments that may come their way. You have to show people their place who are being mentally unhealthy for you.

It seems that internet trolls are always on the lookout for an opportunity to let loose and create havoc over things celebrities do. Be it Mawra Hocane, Ushna Shah or Sonya Hussyn, just about any other local or international celebrity, a troll does what he does best, troll!

Many choose to ignore trolls and focus on having a positive attitude. Although seldom, it’s also compulsory to school these people for spreading hate online!

Recently, actress and model Rabia Butt expressed her feelings on the bail on former prime minister Nawaz Sharif and in a tweet she wrote, “Mian Nawaz Sharif has been granted a six weeks bail on medical grounds. I send him a boatload of good wishes and pray and hope that he gets treated on an urgent basis. This is the least he deserves for being 3 times prime minister of Pakistan. P.s. I believe in humanity.”

Mian Nawaz Sharif has been granted a six weeks bail on medical grounds. I send him a boatload of well wishes and pray and hope that he gets treated on urgent basis. This is the least he deserves for being a 3 times prime minister of Pakistan.
P.s. I believe in humanity.

To her tweet, a troll responded with a statement highly inappropriate…

After Rabia Butt read the tweet, she clapped back to the troll and gave him a shut up call.

It’s no surprise that celebs are always under high scrutiny and have to undergo major stress due to the general public. However, that definitely doesn’t state that they no voice of their own or are allowed to express their ideas.

This shows how social media and trolling can affect a person’s mental health and strength. It is very easy to sit behind a computer screen and say mean things, but one needs to realize that those words and their effects aren’t secluded to the internet – they can actually stick with a person and make them feel all sorts of things.

We often think that we can get away with saying all kinds of nonsense to celebrity accounts and they’ll feel nothing, but they are people too and they too are affected by all of this.

If not Rabia Butt, then Mahira Khan and if not her then Mehwish Hayat, celebs are ALWAYS undergoing negativity.

If you think that there’s ever going to be a stop at this, then you might be mistaken because whether its a celeb or a local citizen, people will be there to pull you down and bash you!

Read Also: DUA MALIK CLAPS BACK AT A TROLL