Pakistani actress Sanam Baloch has recently shared pictures of her newborn baby girl, leaving everyone surprised. Sanam was earlier married to actor Abdullah Farhatullah but they got divorced in 2018. Since then there was no news or rumors about her second marriage.

Baloch shared a beautiful photo with her daughter on her Instagram story in which both mother and daughter are wearing a matching white dress. Fans have been asking bundle of questions to Baloch now. “When did you get married for the second time and when did you have a daughter?” a fan asked on her picture. But the actress is still silent.

We are still waiting for Baloch to make the big announcement and also to reveal the name of her husband. Earlier, she was once linked with actor Ali Rehman too. 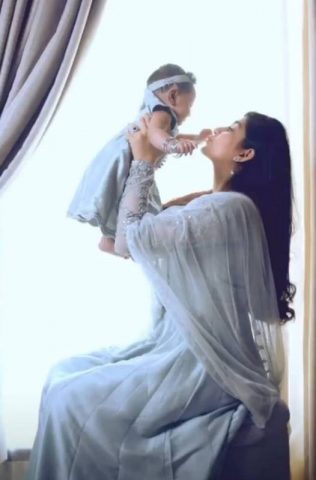 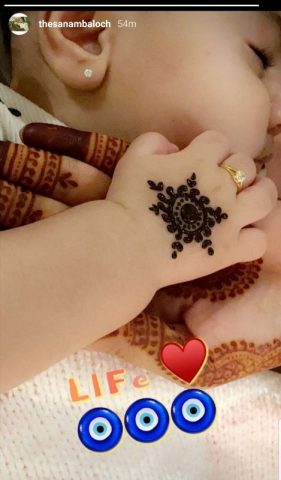 Baloch’s close friend and a relative confirmed the news and also shared a photo of Sanam with her daughter on Instagram. “Finally now there is someone more important than Sanam,” reads the caption.

The littlest feet make the biggest footprint in our hearts😘 Finally now there is someone more important than @thesanambaloch for me!!! 🧿 #beingkhala #love #happiness #friendlikefamily #life

Baloch, while talking about her divorce said, “Abdullah is a really nice guy and I would always want him to be happy and prosperous, but we are not friends anymore. We started working at Samaa together and unexpectedly fell in love, we were best friends and thought that we could spend the rest of our lives like that.”

Congratulatory messages have been pouring in for the actress on social media sites. We wish Baloch all the best and a very happy married life.