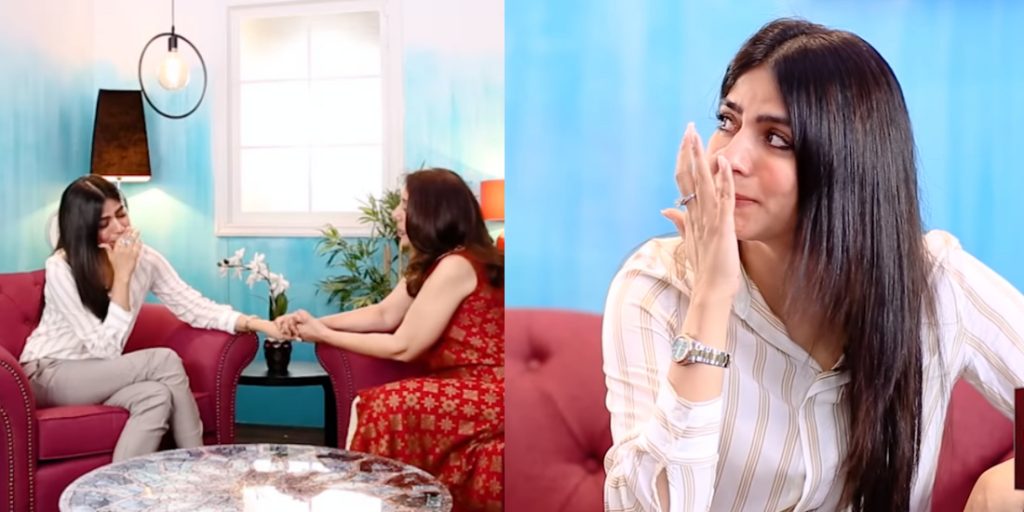 Sanam Baloch Said Something Unexpected About Her Ex-Husband And Everyone’s Surprised!

Sanam Baloch has never been the kind of person you see in every drama serial! She’s that one actor who sinks into the character and always gives her best by being another human. Thinking the same way, behaving the same way almost living as another human. Then for an actor like her, she disconnects herself for some time, to take that character out.

Thanks to my darling @thesanambaloch for coming to my show and share her life story. Don't forget to watch the episode this Thursday and Friday Makeup & Hair: @nabila_salon  Jewellery and Wardrobe: @meeras.ns

The interview had two parts, in the first part, she talks about her childhood, and how she grew up! Her parents got divorced, later both the parents got married to someone and had kids of their own. In the first part of the interview, she tells how she got into the showbiz. How Fahad Mustafa forced her to do her first teleplay, after which she was famous overnight.

The second part is much more intense and takes you to her that part of life, where she experienced so many emotions. The part where she grew up and became strong, this part of her life changed her perception. About how cultures are important, about how she has never really tasted fame; how she wants to do something meaningful about her people.

In this part, she tells about her husband something so unexpected that not many people would believe

Upon asking Sanam said that her ex-husband is a good human. She said that though we are not friends, but she knows that he’ll never anything wrong about and would never think wrong about me. Sanam has never spoken about her husband in public after her divorce but this time when she did, not many people would be expecting her say good words about him!