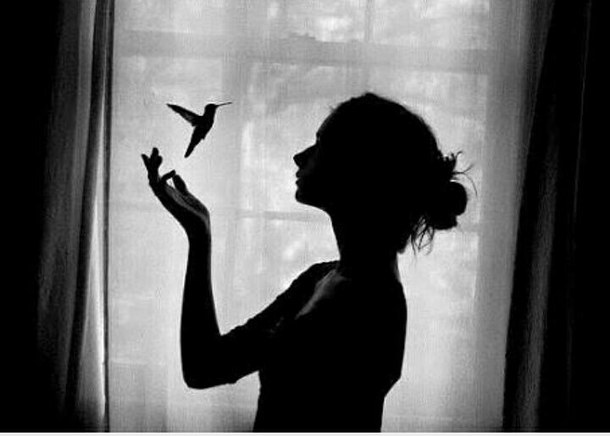 Story of a Strong, Young Lady Who Rebuilt Herself After Experiencing a Terrible Past

This is for the young ladies who have been sexually irritated or have been raped.

Today, I’m opening up my fact in front of you. Ladies, I know we have grown up and lived in a society where you can’t speak up about such events. You’re taught to keep your mouths shut since this is something respected, young women can’t reveal on the grounds that it’s about their dignity and their families’ also.

Society believes talking about it will “damage” the reputation of a young innocent lady, who wasn’t even at fault. So, they never speak about it. That is the thing that I did. I stayed quiet and still. Nobody even thinks about this episode that has transpired as I’m such an enthusiastic individual in everyone’s eye. However, today, I am letting the entire world know, because the silence has been killing me, and that is all there ever was. “Hush” It was all I knew. “Stay silent”. Pretending nothing even happened, that nothing was wrong. What’s more? Look how well that was turning out.

I wasn’t solid. I lost every one of the expectations of others since I thought everything that has transpired, is my own fault. I began to feel horrendous. I was a living dead body who didn’t realize what to do to occupy her time. I couldn’t rest, I simply needed something to get rid of everything. These thoughts, whispers in my brain. Did he play with my brain as well? Be that as it may, Alhamdullilah, in this sorrowful world, there are a few great individuals too.

They gave me confidence and made me see that it wasn’t my fault. It was him who has lost his regard. NOT ME. I finally got the courage to talk. I wanted to state something today. Be that as it may, don’t reprimand you for this. You’re not the person who’s wrong here. Society could never comprehend this if a young lady needs to stand firm for herself so she’s considered to be “characterless”. Why don’t individuals comprehend? Girls didn’t compel them to come and harass them. Why is that the society can never comprehend that some men are brimming with desire and when they see some other young lady, their desire develops even more?

Those men know they can easily get away with it. They can ruin the life of an innocent woman who won’t say anything, or else she’ll lose her pride. They know. So for that, please say F*** OFF to the society, because individuals are forever discontent whether you do great or terrible. They will never comprehend until the point where they experience a similar loss. Be that as it may, girls, remember that you’re not messy. Grimy is the individual who attempted to do filthy stuff with you without your consent.

Try not to lose your expectations that somebody wouldn’t marry you or cherish you along these lines. Keep in mind that not all men are the same. There are some who will love you, regardless of what happened because it clearly was not your fault. They will never abandon you at any cost. You’re devout. Rather than accusing your destiny, survive and carry on with your existence without any second thoughts in light of the fact that there’s nothing you’ve fouled up.

Inspire other beings with your life. Be that as it may, at whatever point somebody ever endeavors to do a similar thing again, so don’t observe noiselessly. Don’t ever think what others will state, simply thrash them so that they could never think the same again. I realize that although it is difficult; it is not by any means incomprehensible. I know the state of the victim is awful than that of slaves. I know it leaves the victims emotionally as likewise, physically brutalized.

Yet, nobody can break a spirit who itself wouldn’t prefer to get broken. Here, I would like to state: Revamp your lives, because no matter how much evil you see, it is important for everyone to understand that there is much more light than darkness. Also, believe me, KARMA is absolutely a bitch since it has a rule; what goes around, comes around. They will be punished for what they did in this world and the other world too. They will burn in hell, so quit annihilating yourself and be an attempt to be as solid as a bull. There are individuals who adore you and look after you.

Live to inspire. Live for them. You’re not less than anyone. Quit being so harsh on yourself. I’m not saying get over it, I’m trying to say that get through it and end up being the most grounded. Allah Pak has favored you with such delightful life. So, exploit his approval and adore yourself since nobody will do it for you. Never judge yourself by what others did to you. Put trust in yourself and all that you are.

Realize that there’s something great inside you that is more prominent than any other obstacle. Take all the time you need. Proceeding onward doesn’t take a day. It finds a way to have the capacity to break free of your broken self. Trust Allah and believe in yourself that you will get past this, just like I did. Be your own HERO.

Once again, actress Saba Qamar breaks the so-called stereotypes. The renowned Pakistani actress is back with yet another controversial YouTube ...

Once again the #MeToo movement is on the rise after some of the students of the prestigious educational institutions came ...