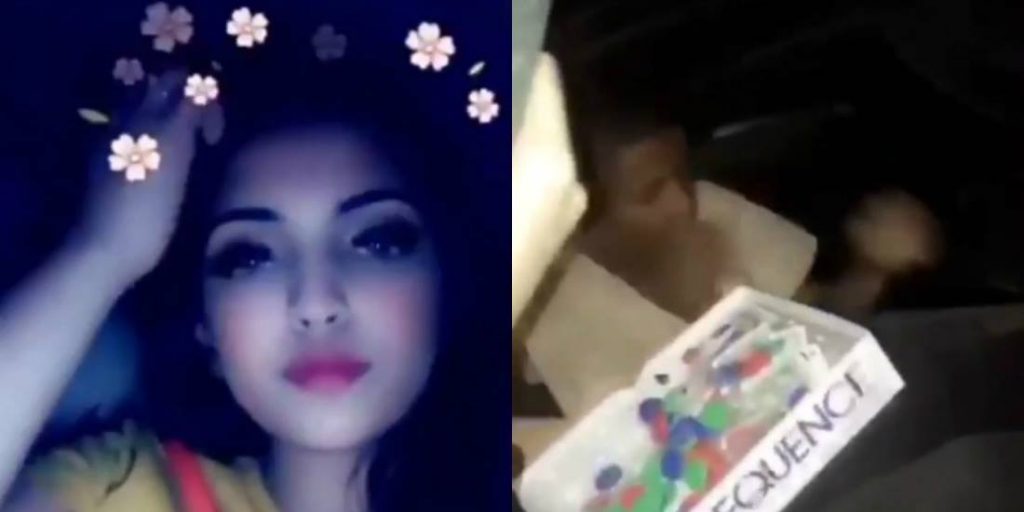 This Instagram Model Laughing while Making a Kid-Beggar clean up her mess Is Absolutely Disgusting!

Pakistanis are obsessed with their celebrities. Cricketers, models, actors- you name them, we look up to them. This puts the celebrities in a weird place of power. Each of their actions motivates their fans to do the same as them.

There is a Pakistani Instagram model Komal Sheikh. She has more than 30,000 followers on Instagram, which is no small number. With so many people following her, one would expect her to lead a good example by being kind and positive in all her posts.

Wrong. The other day, she posted a video on Instagram (now deleted) of her and her sister laughing while they made an underprivileged kid clean up plastic chips that had spilled out from a Sequence board.

Don’t believe me? Watch the video below:

What a horrible thing to do. Why would you ever make a person (especially an underprivileged kid) clean up a mess that is around your feet? It’s a disgusting act of privilege.

It’s clear from the video what the entire situation was. But when she was confronted about it, she flat-out denied it. 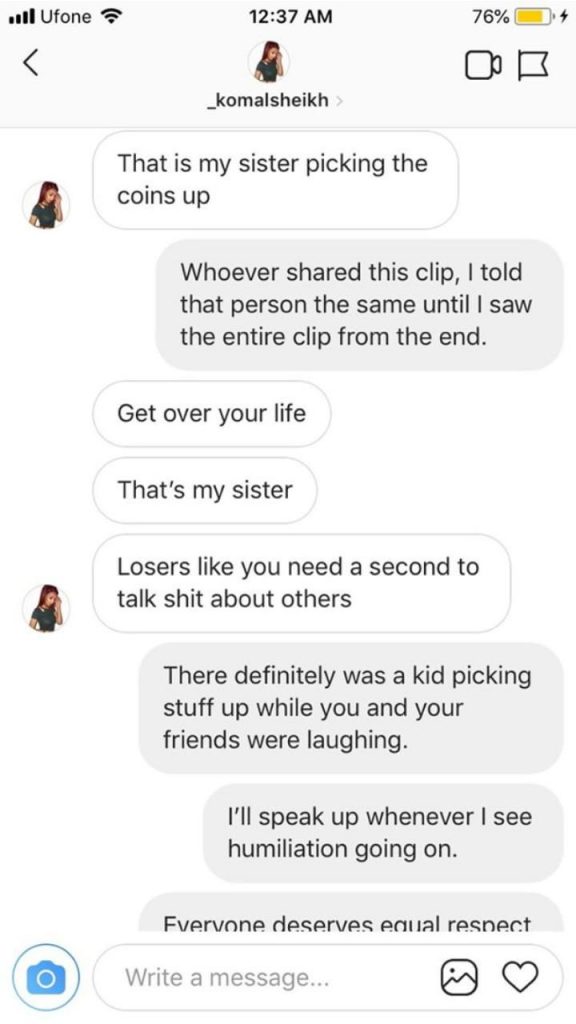 I honestly don’t understand why we let people like her get so famous. Nobody deserves to be humiliated on the basis of their class or lack of privilege. Making a kid clean up your mess for a few rupees is downright immoral.

There’s another issue with the video as well. If (somehow) you’re okay with someone cleaning Komal’s mess, you should also look at the fact that she made a kid do it. Child labour is a prevalent issue in Pakistan and has been for centuries. Despite laws and actions by authorities, the problem has not reduced in the slightest.

People of privilege like Komal Sheikh utilize child labour without a second thought. It’s our job to highlight such situations so that children don’t have to work before they are 18.