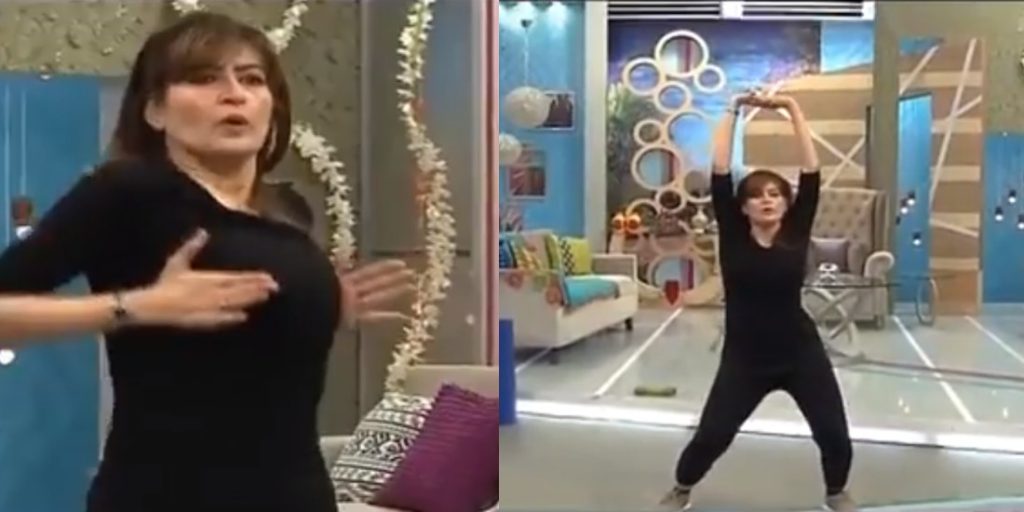 These Vulgar and Provocative Exercise Moves in a Morning Show Has Left Everyone Speechless!

The morning shows have gone way ahead of our times and plus they try to drag everyone else in that as well. Every now and then a morning show host is banned over the program’s theme or something that they have said on the show. Some do it over religion others do it over some stupid, vulgar shadis.

But this, dear friends, has something that you may have never seen before!! A little long ago, this morning show hosted a trainer who was showing all the women sitting at home some easy exercises which they can easily do at home. Well,  you must be thinking how some exercises can be shame, shame, no? But you need to see this to understand this.

Here’s what you need to see. But no one should be around you!

Posted by Times of Entertainment on Tuesday, 22 March 2016

This woman does all the moves that you can not even imagine! Circular, round, gol gol gol! Golmaal hai bhae sab golmaal hai. Just can’t narrate the moves… or the ONL narration that goes well with it. But the point is that the video is as old as Devdas. Yeahhh! That doesn’t make any sense but neither does the video. After a year, the video is going viral again and people are all going astagfaaar over it.

Media is that one place where people can go a 1000 miles away for rating or traffic! This is just one of the many incidents where internet caught a glimpse of what goes around in the (in)famous morning shows. The criticism is over the content that is being shown over, leaving the vulgarity behind, there are many other topics to be talked about and many other things to be discussed and the authenticity of the “very” exercise is still in question!

Know anyone who needs to see this video? Tag away that friend and don’t forget to try that as well. You never know, this might benefit you.