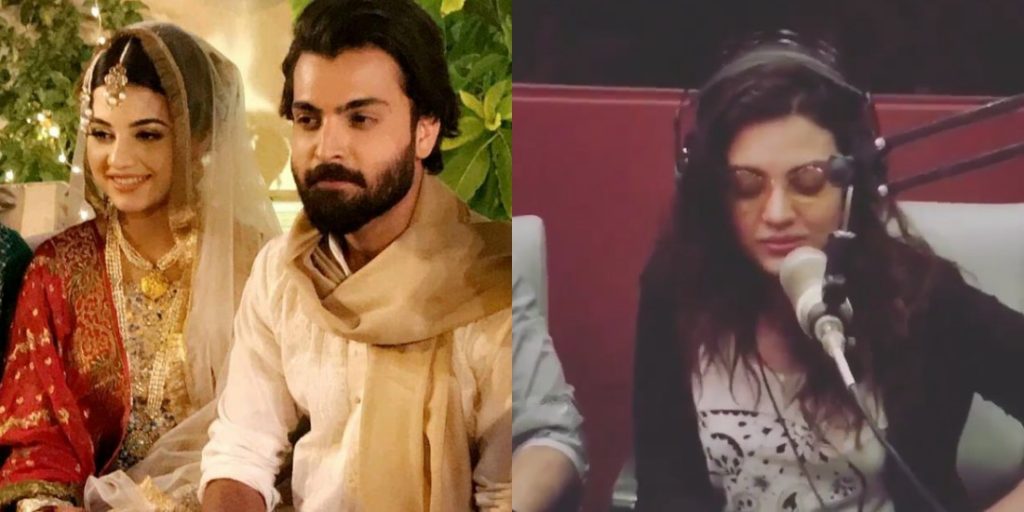 Zara Noor Sings a Song for Her Husband and it is way too Adorable and Romantic!

The previous year was full of couples getting all fancy and tying the knot. Some decided to go for low-key courthouse wedding while others had a big fat ceremony. One of those magical winter wonderland weddings were of actress Zara Noor Abbas who tied the knot with the handsome Asad Siddiqui in December 2017. Both Zara and Asad made their engagement public back in September when Sajal Ali, who is Zara’s best friend, posted their Instagram picture with the caption:

Rumor has it’: Confirmed!! My best friends are tieing the knot. So happy for both of you and of course I loved to play the Cupid”

Ever since then, the couple has been the apple of the eye of the audience who couldn’t get over them due to their love for each other. Recently, the gorgeous actress sang the song Hariharan’s Tu Hi Rey for her husband, Asad Siddiqui, in a show.

'Rumour has it' : Confirmed!! My bestfriends are tieing the knot. So happy for both of you and ofcourse i loved to play the cupid ? #TeamDulhan @asadsidofficial @zaranoorabbas.official

Zara has received immense love from her HUM Tv drama Khamoshi and Dharkan, which is pretty much evident that she has gotten those acting genes from her talented family. She has proved her skills in every department that she stepped in from being an entrepreneur with the famous clothing brand namely Zara Noor Abbas Clothing to her amazing acting skills. But now, she has stunned her fans with yet another hidden talent that was hidden until now.

Even her husband sitting beside her seemed to be out of words after being lost in the beautiful voice of his wife singing for her. Well, this might be an indication that she could soon be entering the music industry to make an impact on the minds of her loving fans who have always loved and supported her for whatever she opted for.

SHE HAS A MELODIOUS VOICE

With each passing day, Zara Noor Abbas has proved herself being a happily married lady. Her love could be seen in all of her wedding function which has been increasing ever since. Asad Siddiqui is for sure a lucky man to have gotten married to such a stunning lady. May the couple have a beautiful journey, Ameen!