20-Year-Old Bisma Saleem Was Kidnapped Outside Her House In Karachi And We Must Protect Our Loved Ones! 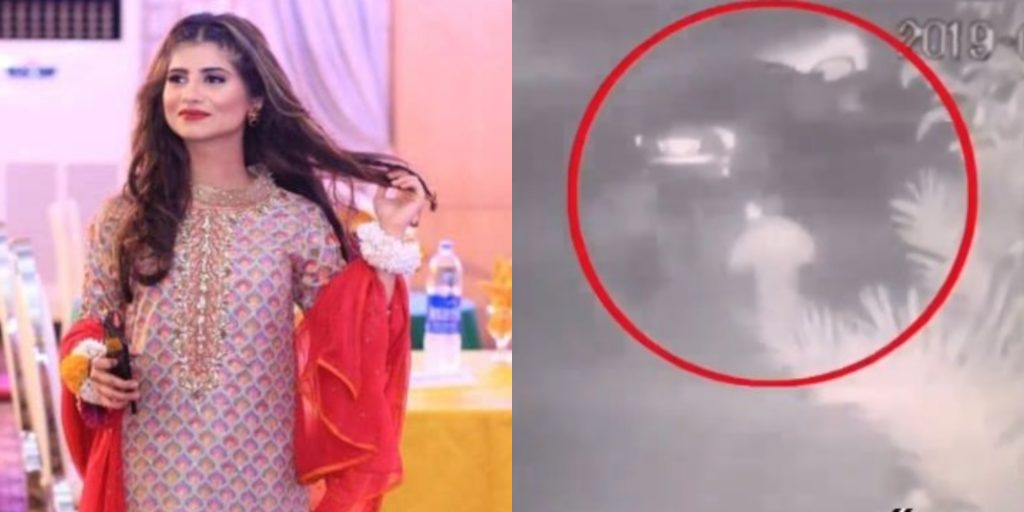 20-Year-Old Bisma Saleem Was Kidnapped Outside Her House In Karachi And We Must Protect Our Loved Ones!

It’s a sad state of affairs in Pakistan where women’s safety is becoming non-existent by each passing day. Girls as young as Zainab are kidnapped and subjected to horrific sexual brutality, one that we cannot even speak of. Kidnapping news has become a common occurrence to our dismay. Instead of any progress in eradicating this plague, our country’s authorities don’t seem to have taken any corrective measures regarding female safety.  A similar very unfortunate kidnapping incident occurred three days ago in Karachi. Where a young woman was abducted outside a house at Defence Housing Authority (DHA) from Khayaban-E-Seher.

Bisma Saleem who is a blogger and a makeup artist was returning from a tea shop known as ‘chotu chaiwala’ when four men loaded with weapons are seen coming out of a vehicle in the CCTV footage. Out of the four abductors, one of them grabs her and tortures her. Her whereabouts are still unknown according to the sources and the motive behind the kidnapping hasn’t been revealed yet or discovered yet.

Karachi police has launched crackdown operations in the search for Bisma and this is extremely alarming. Although a new update is being circulated that she is safely back home but nothing is confirmed from the authorities. We hope the news of her safely back home is made official until then our prayers are with her.

Similarly, on April 26th, another minor girl was abducted right outside from her house from New Gulshan area of Karachi. 8-year-old Ayesha was later recovered from New Gulshan Labour Square, however, the culprit(s) fled the scene. These incidents hurt the credibility of our forces that fail to put such people behind bars.

This isn’t the first kidnapping case and unfortunately won’t be the last if Pakistan’s authorities do not take serious initiatives in ensuring safety for women and children by improving their performance, fool-proofing their laws and by not delaying justice.