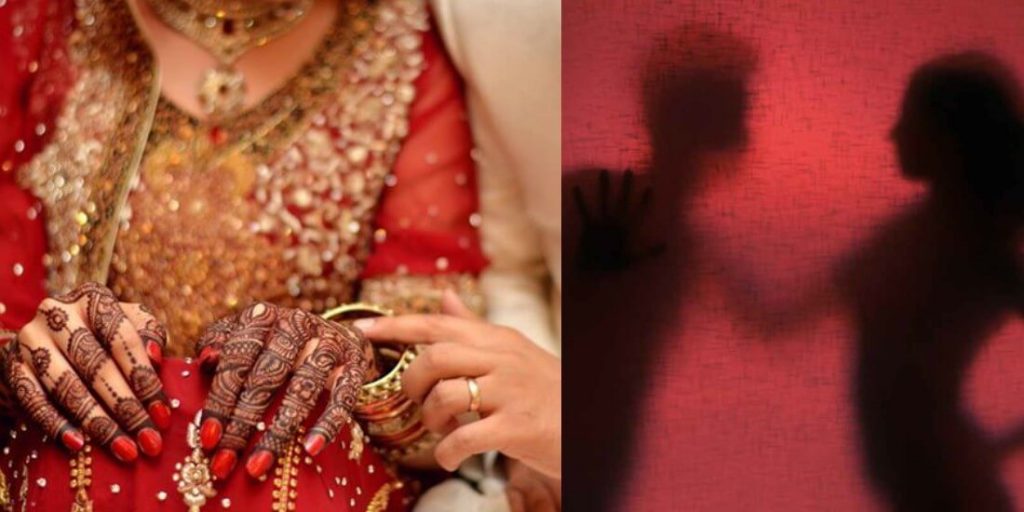 According To Islam, Here Are 7 Things That Can End Even A “Perfect” Marriage

Along with this, the Holy Prophet (PBUH) has told us about the things which can nullify the marriage (this means a couple is no more in a nikah with each other).

Those among you who make their wives unlawful to them by saying to them “You are like my mother’s back” (zihar), they cannot be their mothers. None can be their mothers except those who gave them birth. And indeed, they utter an ill word and a lie. And indeed, Allah is Oft-Forgiving, Oft-Pardoning. And those who make unlawful to them their wives by zihar and wish to redeem themselves of what they uttered, [the expiation] in that case is the manumission of a slave before they touch each other. That is an admonition to you. And Allah is All-Aware of what you do – (Surah Mujadilah, verse 2-3)

Your wives are a place of sowing of seed for you, so come to your place of cultivation however you wish and put forth [righteousness] for yourselves. And fear Allah and know that you will meet Him. And give good tidings to the believers – (Surah Baqra, verse 223)

Imam Ahmad (RA) said to the guardian of a woman: I would not like you to give her in marriage to an impotent man. If she agrees now, she will dislike him when she enters upon him, because intimacy is something to which they are naturally inclined and they like what we like.

Another Islamic scholar quotes that if the purpose of the marriage can’t be achieved, the spouse has the choice of annulling the marriage.

Ibn al-Qayyim (may Allah have mercy on him) said: Every fault which puts the other spouse off, so that the purposes of marriage, namely compassion, and love, cannot be achieved, mean that the spouse has the choice of annulling the marriage. (Zaad al-Ma’aad, 5/166)

Yahya related to me from Malik from Yahya ibn Said that Said ibn al-Musayyab had said that Umar ibn al-Khattab (RA) said, “If a man marries a woman who is insane or has leprosy or white leprosy, without being told of her condition by her guardian, and he has sexual relations with her, she keeps her bride-price in its entirety. Her husband has damages against her guardian.” – Muwatta Malik, Book 28, Hadith 9

5. Polygamy Without Getting Permission From An Islamic Court

If there is a husband who does polygamy without getting permission from the Islamic court, then his marriage is not valid. His marriage can be nullified.

6. Marriage Without The Consent Of The Bride

Abu Hurairah (RA) reported the Prophet (PBUH) as saying “A woman who has been previously married should not be married until her permission is asked nor should a virgin be married without her permission.” They (the people) asked “What is her permission, Apostle of Allaah(PBUH)? He replied, “it is by her keeping silence” – Sunan Abi Dawud,  Book 12, Hadith 47

7. Marriage Without The Permission Of Wali

Narrated Bibi Aisha (RA): The Messenger of Allah (PBUH) said: The marriage of a woman who marries without the consent of her guardians is void. (He said these words) three times – Sunan Abi Dawud, Book 12, Hadith 38

And verily Allah knows the best!