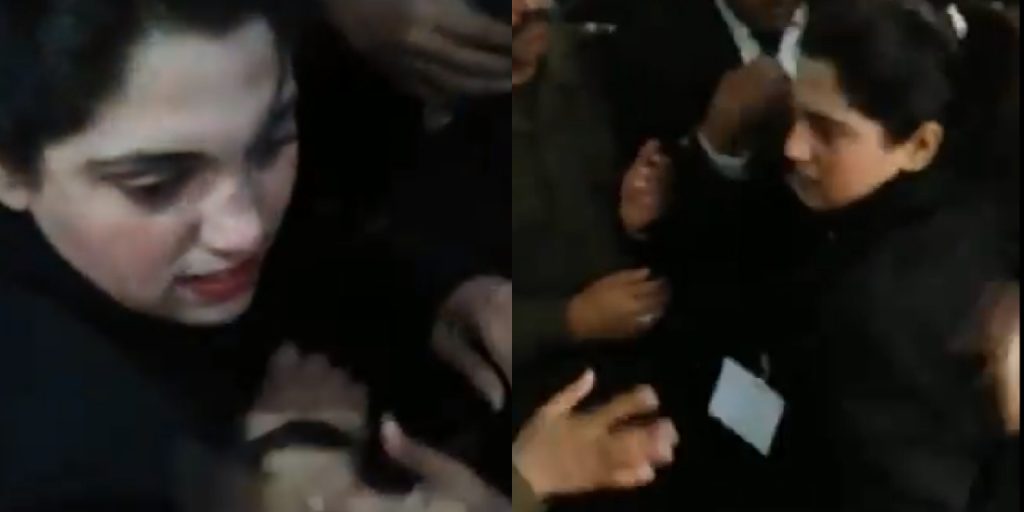 There have been many times in Pakistan, where the civilians have taken law in their hands. Which is actually a matter of concern. Because if this seems easy to the common people than calling out actual law enforcement at the crime scene; then nothing could worse!

Hope the nation remembers, the case of two innocent boys Muneeb and Mughes from Sialkot. When the boys were lynched by the mob on 15 August 2010. They were killed in Ramza while they both were fasting. A few people started beating them and then a whole lot of others joined in without knowing the cause. It was said to be a personal dispute between boys over a cricket match! This is one of the cases where common people have taken law in their hands and “thought” that it’d be okay if they punish the person by their own bare hands.

It is anyway never okay if ANYONE takes law in their hand but imagine well-reputed, educated and sane lawyer doing it! Later calling it peaceful. Sounds absurd, right?

This is what EXACTLY happened in Lahore! She hit the police constable quite several times and abused her too!

There were other lawyers, who upon watching the video of violence quoted some laws in defense of the lady constable

Anyone who violates law & attempts to attack a law enforcement member is punishable to a max of 3 years imprisonment for Assault & battery charges. In this case the concerned lawyer will have her license to practice cancelled for life too @dcislamabad #Pakistan needs tough laws

What would have happened if this was the other way around?

Let’s see if the Chief Justice of Pakistan will take this in notice!

Is there any law to protect ?‍♀️ ? duty. I think this assaultive lawyer needs to be locked up.

So, the lady didn’t only hit the lady police but abused her all the time, the lawyer was unstoppable by any lady constable and colleague of hers.

Would she be held accountable for what she did? If this is a peaceful protest then don’t know what would be a violent one.
What do you guys think about this?! Let us know in the comments below.