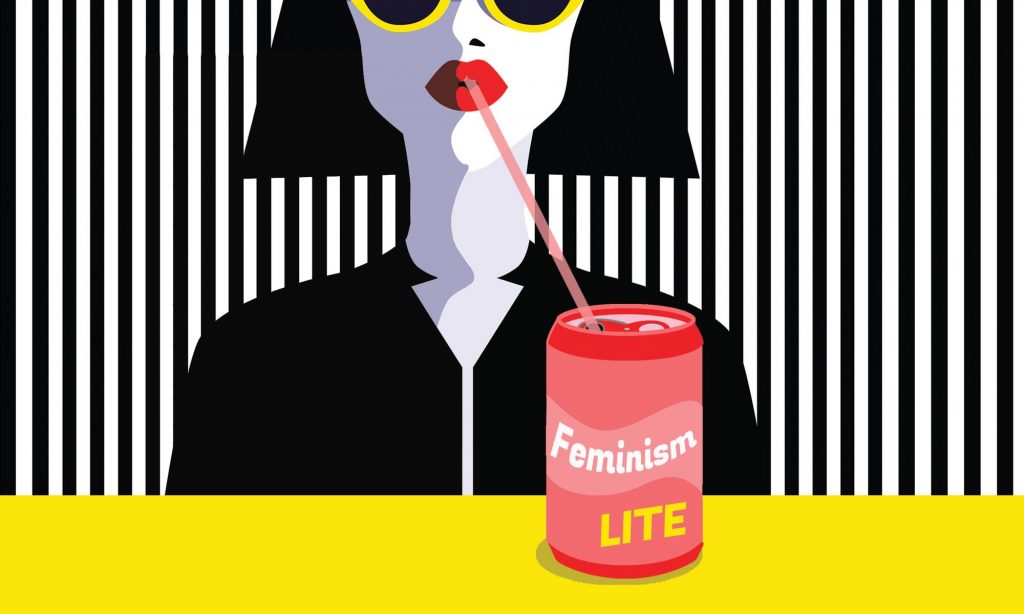 Feminism, Misandry and Sexism in Pakistan: Let’s Clear The Confusion

“To be great is to be misunderstood” is how I believe Ralph Waldo Emerson put it.

And while he used it primarily to describe the greatness destined for certain people whose vision and ideas were seen as impossible and peculiar to the highest degree, I think it can be used to describe the revolutionary perspectives and movements too; not everyone can understand them, but they have the power to bring about the fundamental changes the world needs.

I believe feminism to be one of those movements; it is still widely misunderstood to this day, but there is no denying the extent of its greatness and the impact it’s had and is having on the world.

In Pakistan, one of the many reasons it is misunderstood by men and some women is its confusion with the concepts of misandry and sexism. While it is a growing notion, feminism is viewed as that extra bit of weight that tips a scale out of balance, thereby upsetting the natural order of things; since values are deeply rooted in tradition and religion, increased misinterpretation of religious doctrines by people who claim to be religious experts or “holier than thou” for nothing but their own benefit has given birth to a patriarchal society in Pakistan. Those who identify as feminists are seen as those who hate men and marriage and will never be able to have a family due to their lack of domesticity and increase in ambitions; apparently, our minds have been corrupted by western ideals and we have strayed away from the “Right Path.” Oh, if only I had a dollar for every time it’s been said so on social media.

For the ones who have some sort of fanatic agenda on wiping out the male race altogether, there’s another term and there are other people for that. Yep, it’s misandry! And those who adopt a prejudiced and hateful attitude against men are called misandrists, not feminists.

Feminism strives for gender equality, but it’s somehow seen as stripping the power off of men so we can barge ahead of them. It’s as if females caring about their needs, rights, and benefits over everyone else’s automatically mean they do not care and are conspiring against those who have been ordained their superiors. It’s as if people with this frame of mind seem threatened by the potential self-development of women, hence feminism is labeled as a women-oriented movement that holds prejudice against men and ignores their plight.

From what I’ve seen on social media, whenever a Pakistani article on feminism and women’s issues is published, it is criticized in three ways: the whining about “another feminist article” and how “we are promoting and glorifying a western ideology in an Islamic state” and how “it’s a tactic to break the foundations of a good family and marriage and promoting hatred for men in our society.” Scrolling down the comments section of these articles, I’ve found many comments saying that feminists’ attitudes are sexist towards men because they do not highlight males’ issues, primarily on male rape and how they are expected to be successful breadwinners of the family.

Some women do adopt a hateful attitude towards men, most likely out of negative experiences they’ve faced (such as sexual harassment, glass ceilings at their workplaces, objectification, and not being allowed to actively participate in the society). Women are known to face more gender based violence than men are, statistically, and being silenced and tolerant about it can only last so long. It’s human nature to break down and become emotional about an injustice that has been going on for so long.

Even more so when you’re constantly surrounded by unneeded reminders in the form of people, rules, consequences, and opportunities you KNOW you can take but no one lets you. I would know, I’ve felt this way more often than not, I still do and I bet a lot of you reading this have too at some point in life. But this isn’t misandry, it’s simply years worth of anger and hurt that is now being channeled constructively through feminism.

Sexism is, in basic terms, stereotyping and discriminating someone based on their gender. It’s basically thinking like a conservative and associate certain traits with their respective genders, and then deciding the way you should treat both genders and how they should be treated in general, setting up what they can and cannot do so as to create a further divide between them.

In one of my psychology courses, we were told about how the color red in a female’s makeup and attire symbolizes sexual desire. Us young women are hence told not to wear red lipstick because they are only worn by married women or women of “loose character.” That may not necessarily be true, but the trait has been associated with females and association cemented into our minds whereby it comes up almost impulsively now. Along with others such as women only like pink, are emotional creatures and their destiny consists of nothing more than kitchen appliances and baby making. And God forbid they ever have jobs outside the house.

Men, truthfully, are just as much a victim of sexism as women are, except sexism against women is more obvious and (if I may say so) limiting to their capabilities. Men are expected to be confident, brash, aggressive; to be muscled and to like fast cars, action movies, and the color blue. They’re expected to be dominant over a woman, the ones to tell her to “go make me a sandwich” in order to remind her of her “place.” Anything else and they’re likely to be unfairly labeled as gay, sisses or become subjected to mockery. Feminism acknowledges this and aims to get rid of this mentality.

Sexism against women may seem like one is saving her from inappropriate stares and may all seem like politeness, protectiveness and making life easy for the woman. But all they do is further reinforce discriminatory stereotypes into brains’ hard drives by not only showing how inferior, weak, and dependent women are to men but also showing that that’s how women are supposed to be when they are anything BUT so.

And should one dare to defy any gender stereotypes and rules set by the authority they will become the receiving end of merciless judgment and four words that have ruined multitudes of lives and crushed tonnes of dreams: “log kya kahein ge?” (What will people say?), “Khandaan ki beizzati hogi” (“You’ll shame the family”).

Feminism to some is the protagonist and to others the antagonist. It all really matters on perspective and whether or not one root for gender equality. That’s right, for all those who think feminism and gender equality are two different things, they aren’t; feminism IS gender equality. One description that I’ve read on what feminism is, one that I personally love quoting to others, is that feminism is a radical notion that women are actually people! It is literally as simple as that.

The point is, friends, whether it be through changing the law, politics, environment, economy, race, sexuality or culture, the goal is still and always will be the same: the elimination of gender differences and promotion of gender equality between both males and females. With time, I now maintain the view that biological and physical differences between males and females may be perpetually present, but there will never be any difference in their collective worth in the world (unlike what the conservative society deems).

I say any judgemental, secluding or mocking phrases like the ones mentioned above are nothing more than verbal triggers to an imaginary limitation created by our dear patriarchy to keep us all tightly bound and cowering to its will. To quote my grandmother, we’ve been given two ears for a reason: one to let the words in form and the other to let the words out from.

The purpose of this article is to show that misandry and sexism are not only different from the concepts of feminism, but they are the very reasons I identify as a hardcore feminist and support feminism with every fiber of my being, and I believe they should be enough for everyone to do so too.

Feminism will prove it is not out for men’s blood, but to end all rules and limitations that bind us. If there is one thing that feminism has given me, it is a cause to fight for. To fight for equality and my rights instead of just giving in and accepting things as they are. I will fight, and I’m sure you will too regardless of your gender. It’s everyone’s fight.