Feroze Khan Finally Speaks Up About His Relationship With Sajal Aly And This Is What Everyone Was Waiting For! 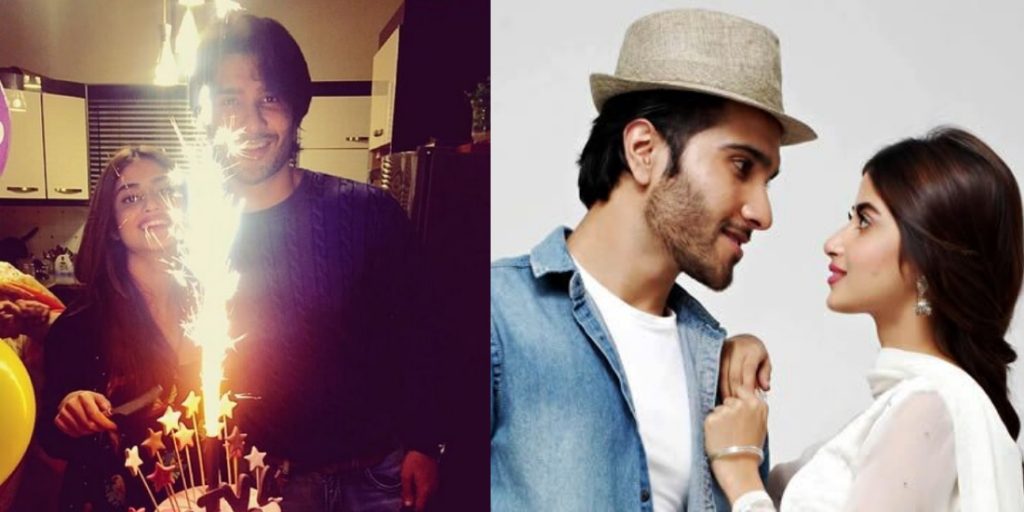 Feroze Khan Finally Speaks Up About His Relationship With Sajal Aly And This Is What Everyone Was Waiting For!

Mir Hadi of Pakistan has maintained to stay in the limelight of the Pakistani entertainment media throughout this year. First when he posted the picture of his then fiance and now wifeeyy! And people were like whaaat, and later when surprisingly he got married. His marriage was the talk of the town, how it was a rare “shia-sunni” marriage. So, first, the Nikkah took place the sunni way and later it was done in shia’s manner. Feroze maintained to keep everyone happy.

His recent interview with Fifi Haroon the entertainment journalist was something everyone was longing to hear after his marriage. Like we all know how after he announced his marriage, he and Sajal deleted all the photos they had together from Instagram.

Sach yeh hai k, he broke a zillion hearts of many girls when he announced his marriage! *dil toots*

So, during the interview, Fifi asked him a few questions which definitely raced Feroze’s heart and the audiences too! She asked him if he misses Sajal! WOAH WOAH! *Fire erupts*

At first, he paused to wonder at what was being asked to him! Then he very casually said that “If I’d miss Sajal, I’d just pick my phone and call her”.

We all know there was some tension in the air of internet when people noticed that how they both deleted the photos from their social media account. Which certainly proves that something must have happened between the two. Probably the only reason which made Fifi ask him this question.

Feroze said that they both are friends and wish well for each other!

Here’s the audio clip of the interview!

He also told Fifi that he saw the trailer of Sajal’s upcoming drama serial “Aangan” and he loved her work in it. The way she has acted and the dialogues are just amazing.

Feroze even talked about this wife Alizey, how he loved her for simplicity and the way she looks at the world from a very different paradigm!

Surprisingly, Feroze said that he’s very religious and will remain religious but will not leave acting. It was one hell of an interview. Feroze definitely would have enjoyed the rollercoaster ride in the interview driven by sizzling questions! woooah!

What do you guys think about his interview? Was he being honest? Or the internet overthinks?