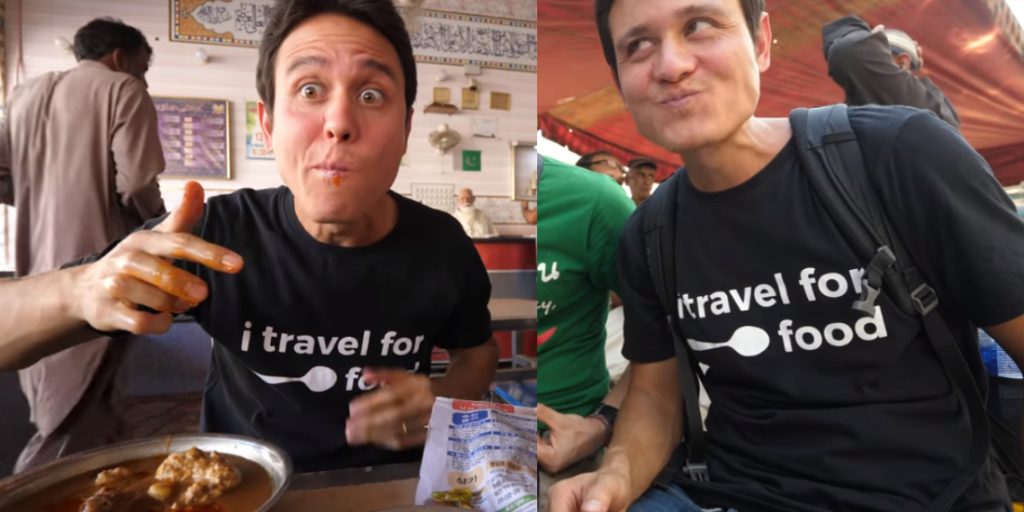 Famous Food Vlogger Mark Weins’ Visit To Karachi Was By Far The Best Food He Had In Pakistan!

Okay, here is a question! What do you think is the most common thing on the internet and is also quite common in our daily life too?! Yes, what you are thinking is the right answer! FOOOOD. Food it is! Be it Instagram, Facebook, Twitter or Snapchat it all is either about fashion or food. But food being the topmost priority, wins the game!

Internet not only provides a variety of food variation of just one recipe but it has also unlocked the hardcore secret recipes that were buried for years now! And another good thing about it is the versatility of food, every morning when we log in to our social media accounts, we see American, Arabic, Mexican street food sitting in Pakistan. Also, another “trend” which has got us hooked for hours on our phone screens is food vlogs.

Youtube is flooded with all type of food vlogs. There are chefs who are vlogging and a corporate guy who left his job to just have the best food in the world. We have our own desi vloggers who go about on the streets to try all the new eateries and even the decade-old ones as well!

But this guy is the world’s biggest Food vlogger! AND HE CAME TO KARACHIIIIII!!!

I mean come on! You claim to love food and have never seen Mark’s vlog?! You must be joking! Mark never goes wrong with his food choices. Also, he broke one of the biggest stereotypes of “Goray can’t eat Pakistani spicy food” LOL! Did you see he started his vlog by having Javed Nihari?! He then goes to eat Arbi paratha, Naali biryani, Fish Katakat! (And the way he says taka tak!) Lol he’s cute. 😀

Mark did not enter even a single lavish restaurant! But rather he tried every street food he could put his hands on, from local stall salad to direct behns ka doodh! Quite LITERALLY! 😀

He said; “Karachi is just blowing away my culinary expectations.” WOAH!!! He definitely, showed many Pakistanis the side of the city which we ourselves have never seen!

What do you think? Did he eat all the best street food of Karachi or missed something?