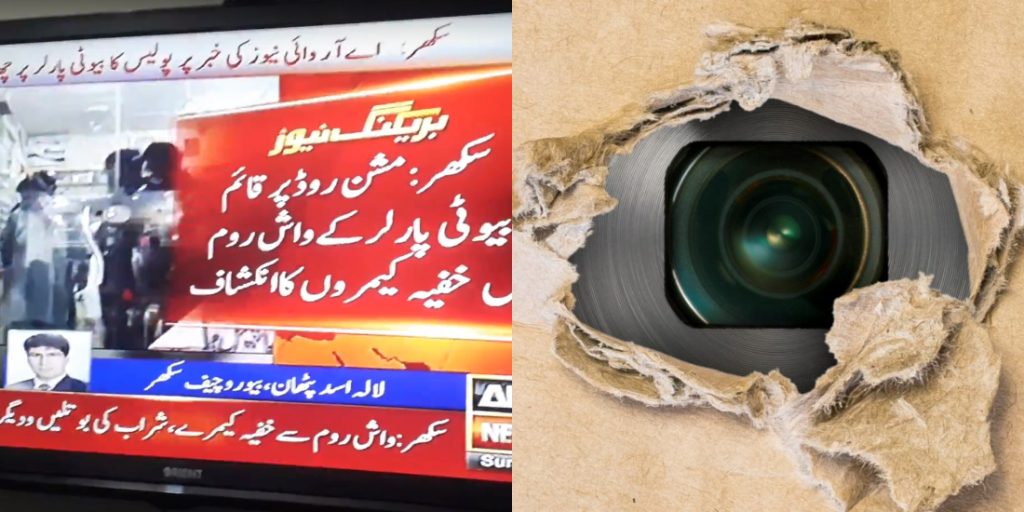 There have been tons of incidents of a hidden camera in many famous retail stores. These stores have been caught by the customers who go to the changing room, trusting these retail stores with the privacy. But these hidden cameras can be very dangerous since many people sell the data been recorded through these cameras.

Previously this year a big news was roaming on the internet, how some customers caught Levis’s management over the hidden camera scam. The store was sealed and was made to investigate for the data that have been saved through the camera but the culprit was clever enough to remove any pieces of evidence until the police reached the scene.

Something similar but more dangerous thing happened in the small city of Sindh, Sukkur. A famous beauty salon named Sobia’s Salon was caught red-handed with many illegal things. One, a hidden camera in the restroom and the bottle of alcohol.

There would have been tons of woman to their restrooms and changing room. And it is impossible to have a hidden camera without a purpose, the data must have roamed places. It is such a shame that people go to such an extent with their customers who trust them with their privacy.

So, for people who use public restrooms and changing room. Here are a few tips to identify a hidden camera.

2. A hidden camera with no wires and light will still have a lens for it be effective. Try finding a lens.

3. Look in the mirror placed there. Touch the mirror with a finger, it the image touches your finger it’s a two glass and if it doesn’t it’s a normal mirror.

4. Look for showers, clocks, and stuffed animals place in the restrooms. There could a hidden tiny camera

It is always better to be safe than sorry. Protect yourself!